Welcome to Day 3 of our Valentine’s Day countdown! I don’t think a week of elopements would be complete without the ultimate US elopement destination – Vegas! For many years when I was younger if someone eloped I just assumed they went to Vegas. Although I’m happy that idea has expanded, there is just something about it that will always bring a smile to my face. Please enjoy this tiny wedding at A Little White Wedding Chapel and photos around downtown.

Here is a little extra info from their photographer, Carrie Pollard :

Beverly and Charlie met while working at a summer camp for kids with type 1 diabetes. They had both been campers as kids, as they both have type 1 diabetes, but had never met until they were staff members. Charlie was a total goofball, but there was something about him that made Beverly want to be around him all the time. She was drawn to him…and thought it was just a summer fling, but here we are!

They had been talking about getting married for years, but something about the whole engagement process and wedding planning was just too daunting. Beverly and Charlie were planning a big group trip to Vegas with their friends to see a show and Beverly casually mentioned that it would be so fun and easy to get hitched while in Vegas. Charlie agreed that a quick ceremony and dinner would circumvent all the scary cumbersome aspects of a wedding, so they booked a chapel and told their parents. Beverly’s Mom had always said that when Beverly get’s married, she would love to make her dress for her.

With roughly a month until the wedding, Beverly and her Mom looked through patterns and decided on an outfit! Sewing is one of her Moms passions and has amassed a collection of fabrics and particularly, buttons. The pattern they chose had a row of buttons up the back so Beverly was able to find buttons to represent her family, Charlie’s family, and the both of them. They are both leo’s, so Beverly found two lion head buttons. While rummaging through the buttons, her mother pulled out a button that had belonged to Beverly’s grandmother (whom she was named after) that she had on her flight attendant uniform. It was super special to include everyone she loves, and who had contributed to her journey to finding Charlie, whether or not they could be there on their special day.

They started their day with brunch at the Bellagio, then after they got ready they headed out to the Little White Wedding Chapel to tie the knot! The ceremony was short and sweet with bubbles floating around the happy couple. After getting married, Beverly and Charlie hung out downtown with me for their formal portraits. We danced, laughed, and had a wonderful time. Once we finished, Beverly and Charlie headed out to Nacho Daddy for their celebration dinner with all their friends and family. Awhile ago, Beverly’s Dad had made a drunken promise that he would pay if they had a nacho bar. Turns out, you can find almost anything in Vegas…a nacho bar and even a happily ever after. 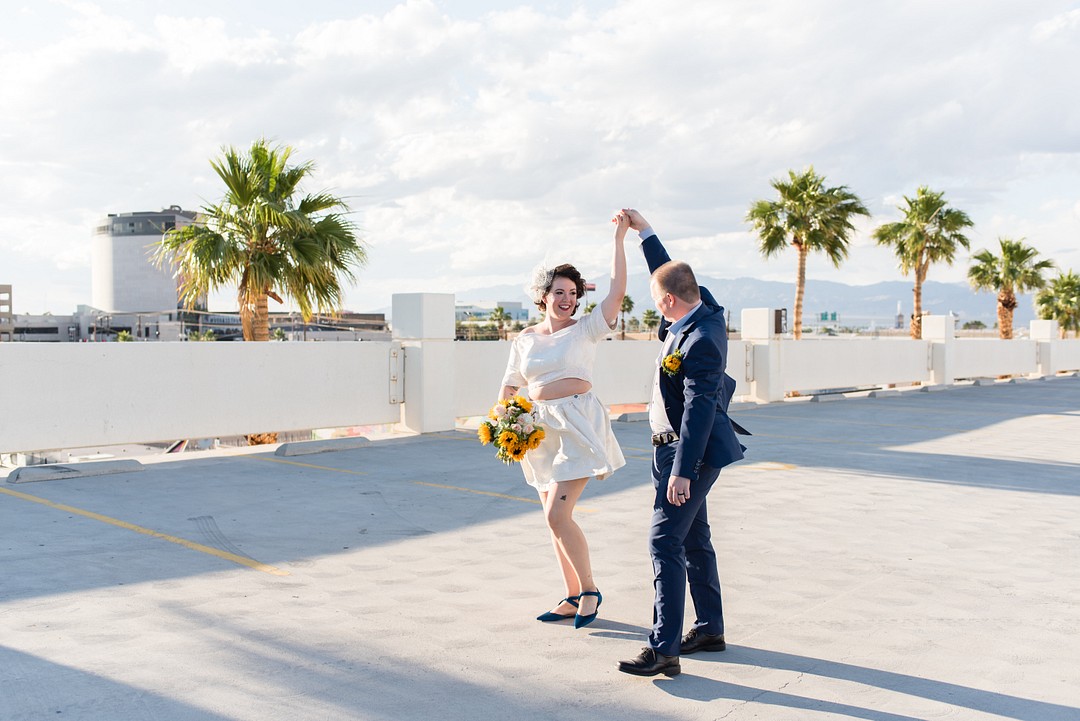 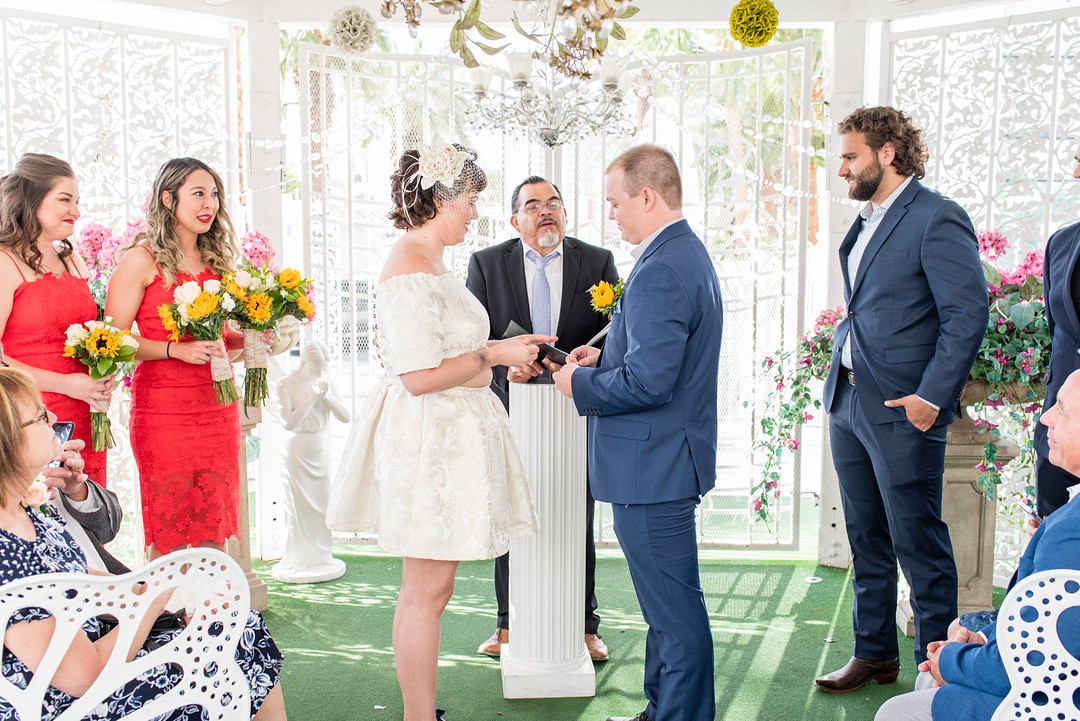 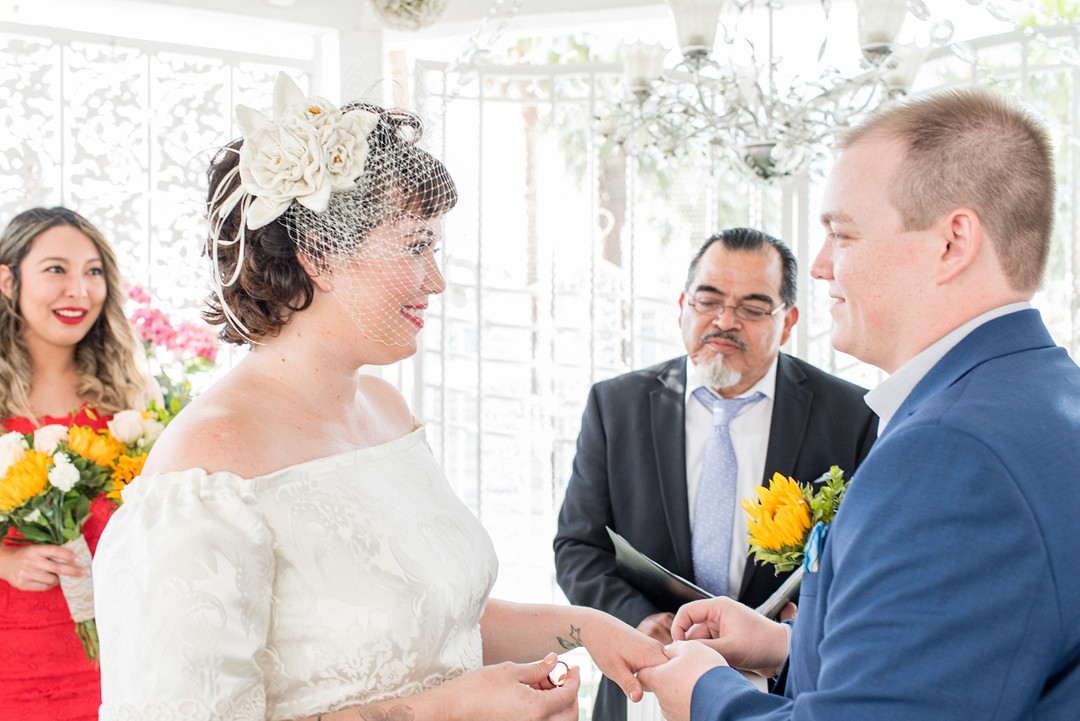 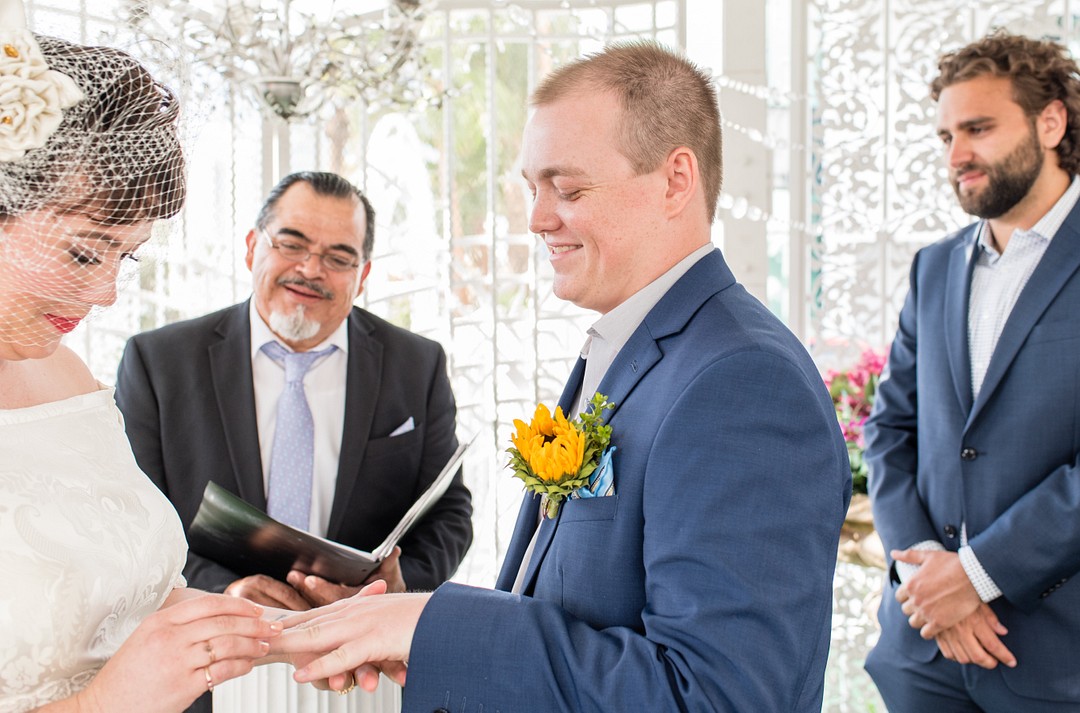 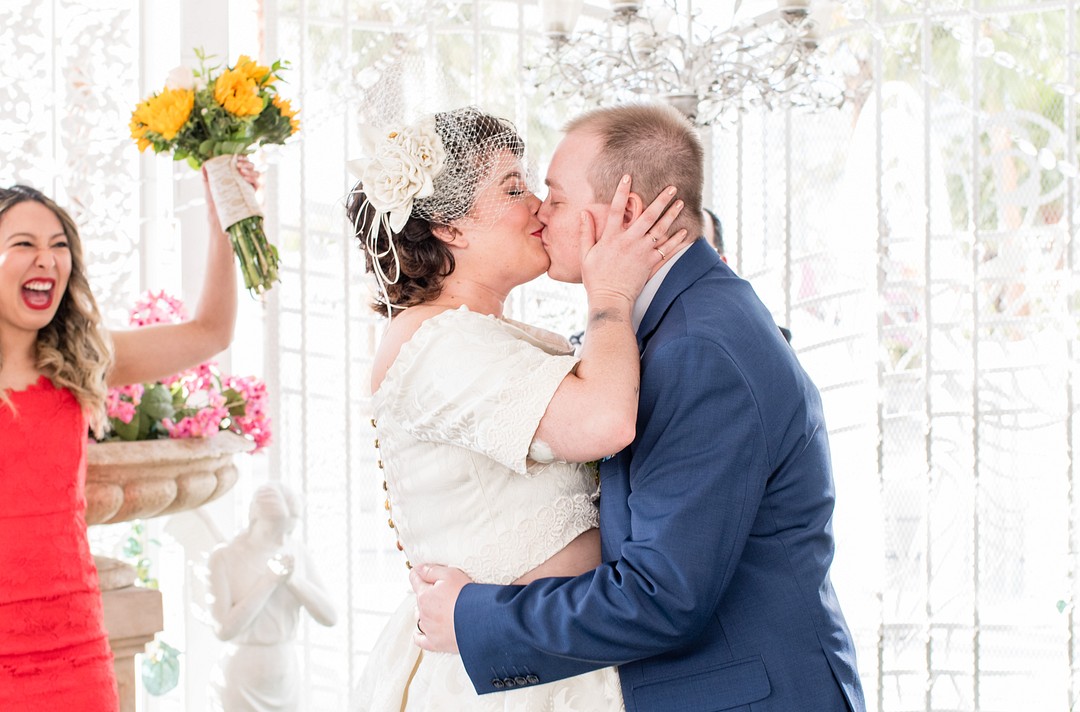 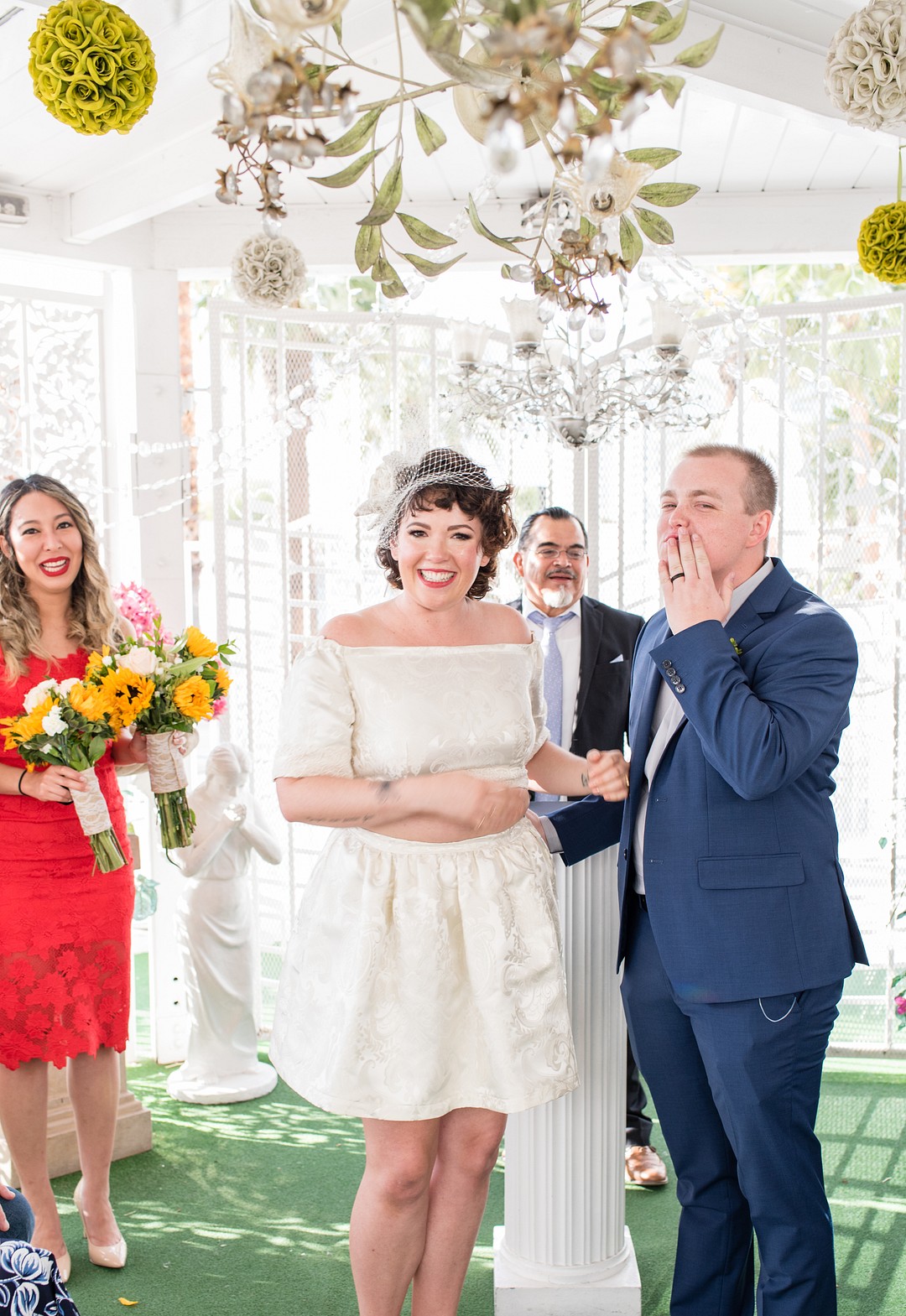 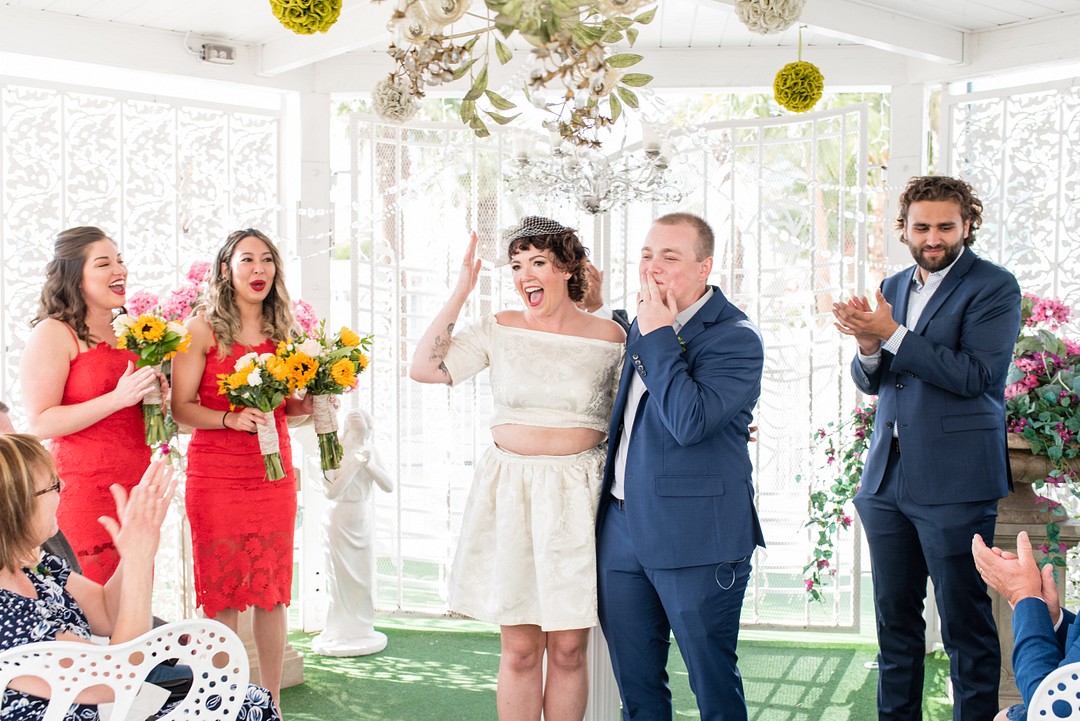 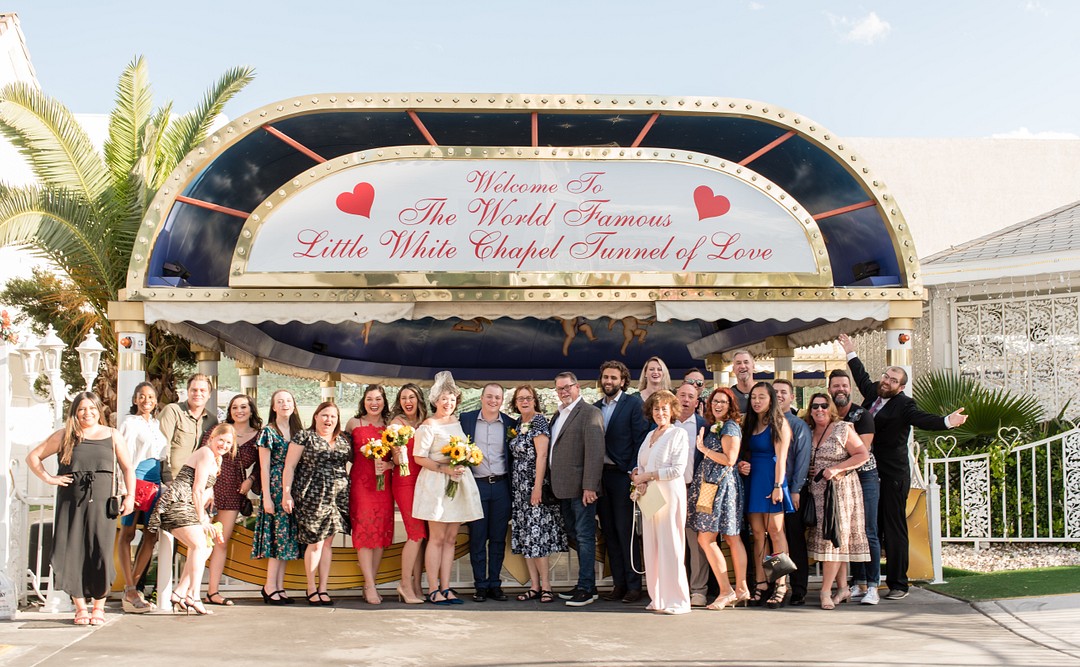 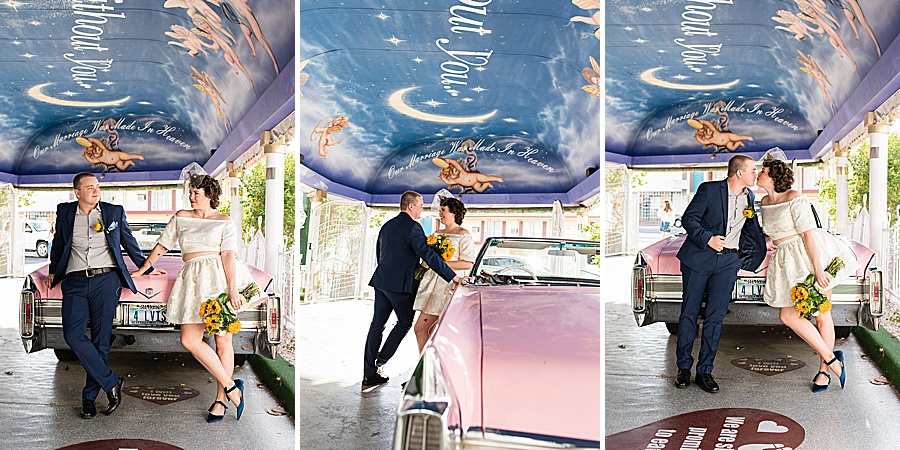 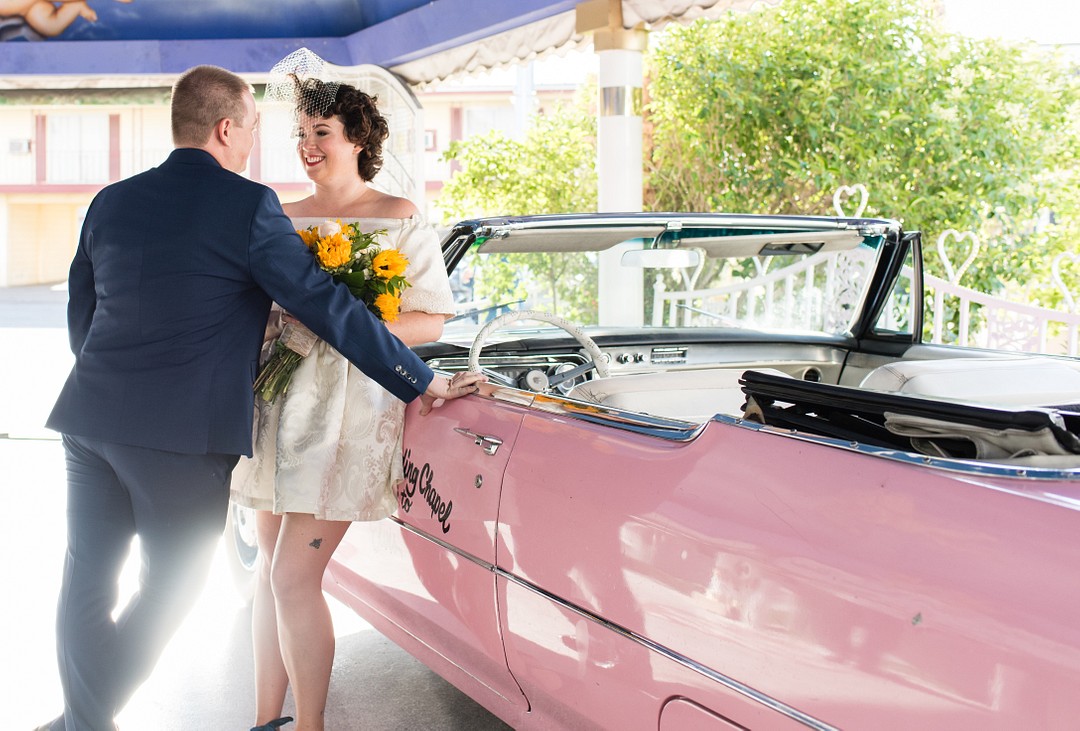 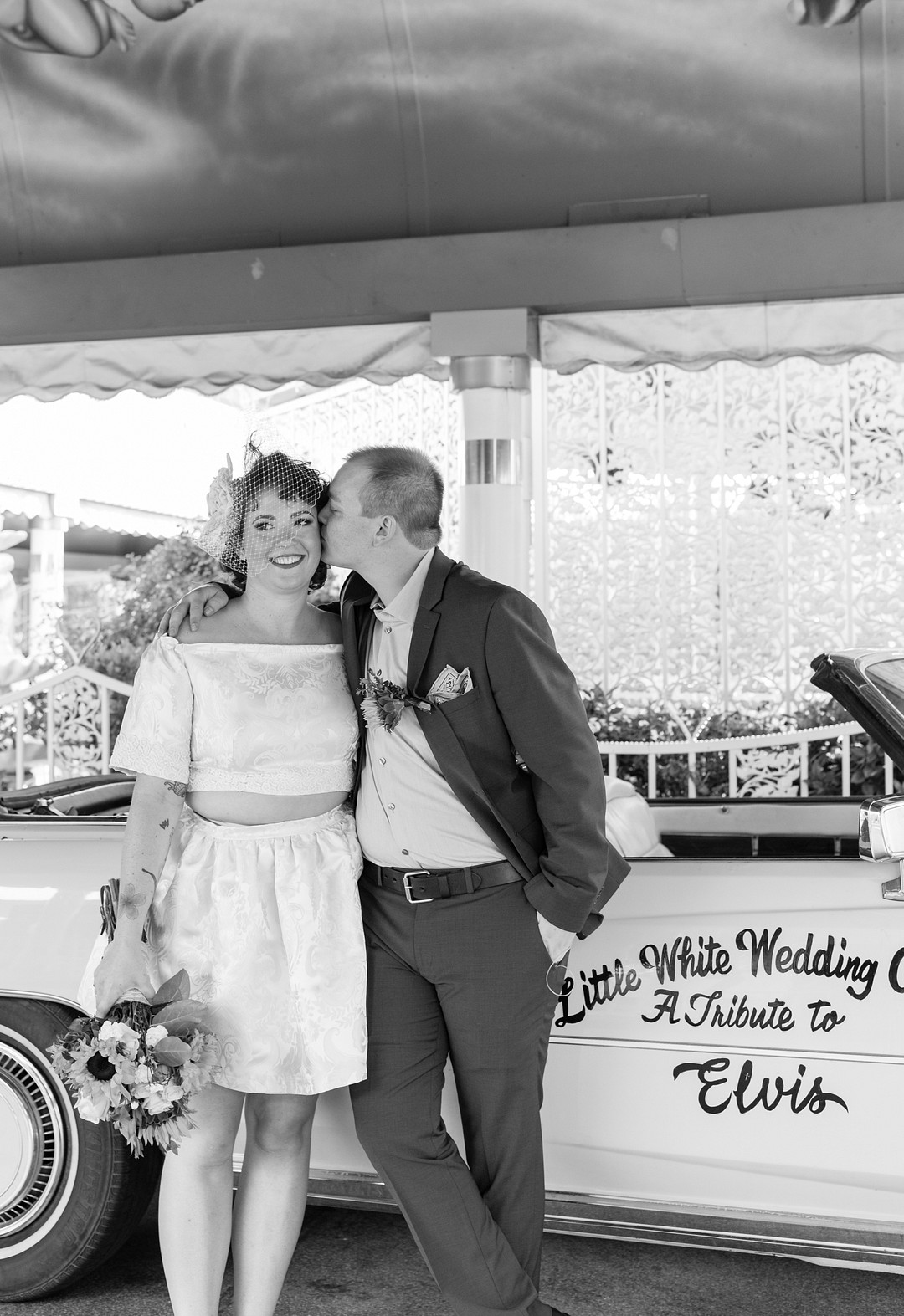 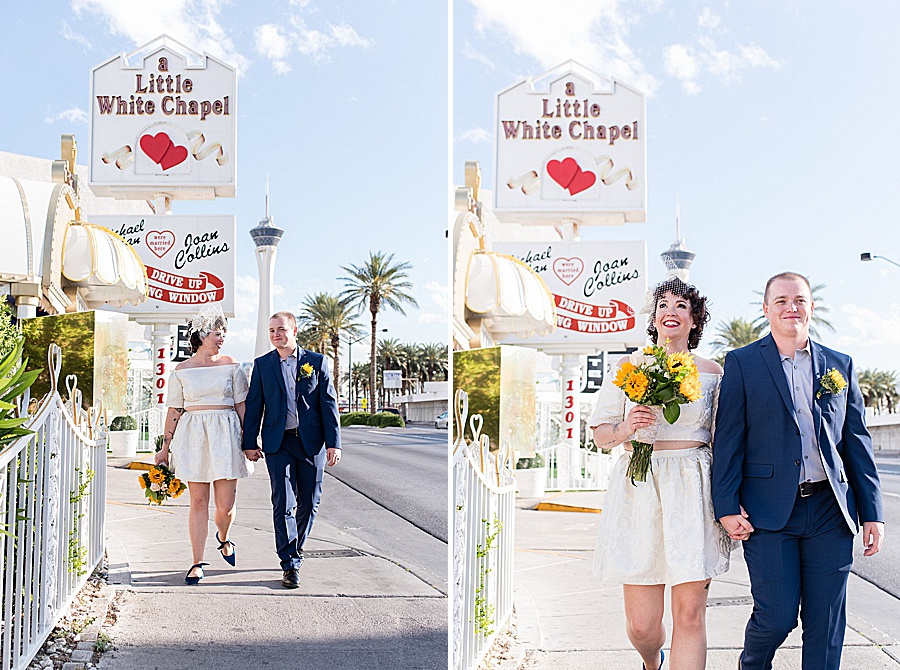 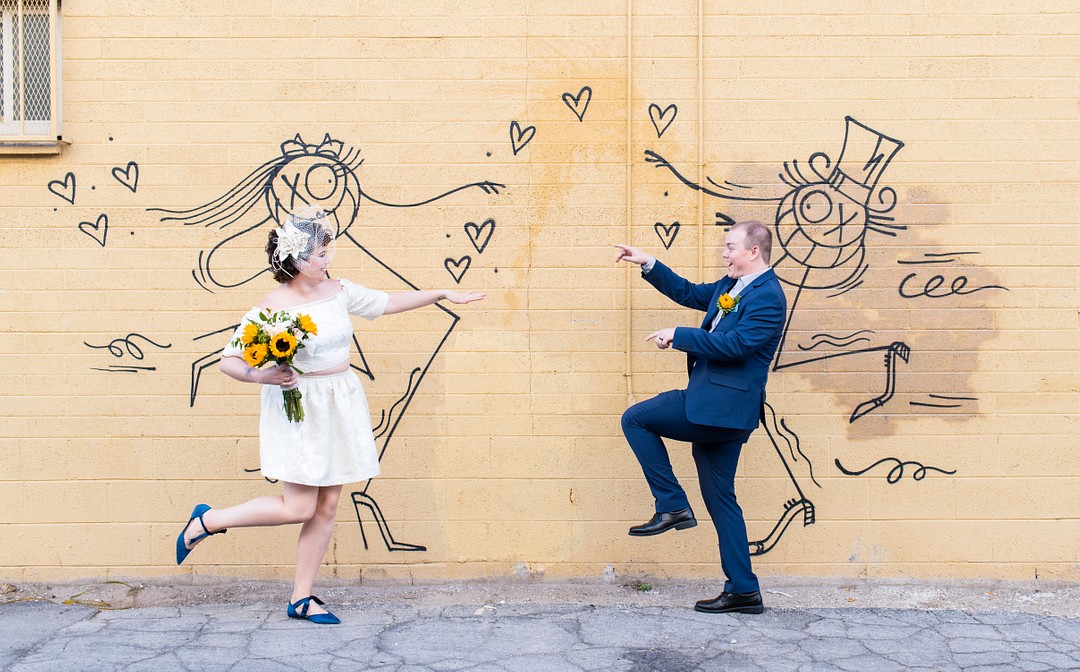 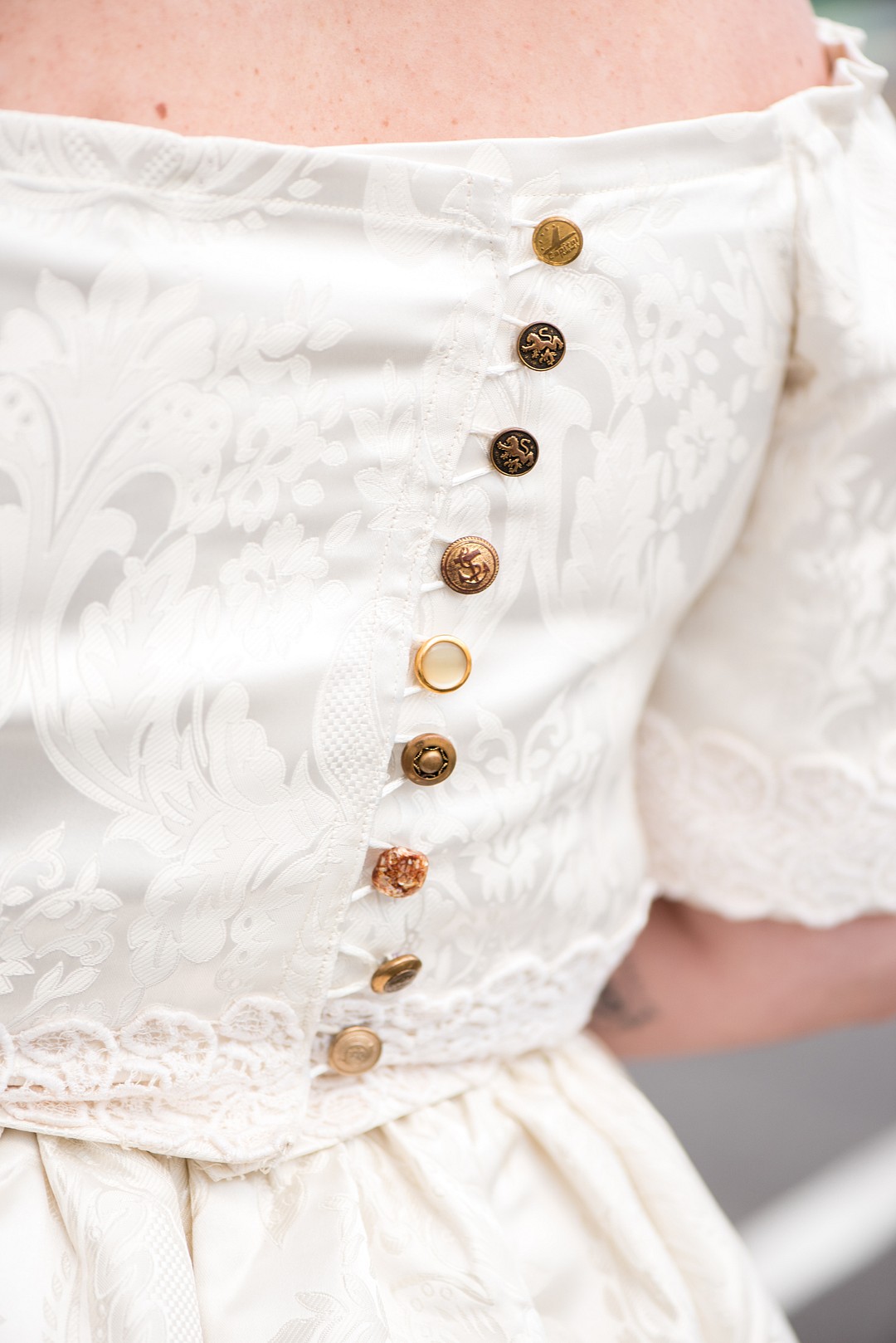 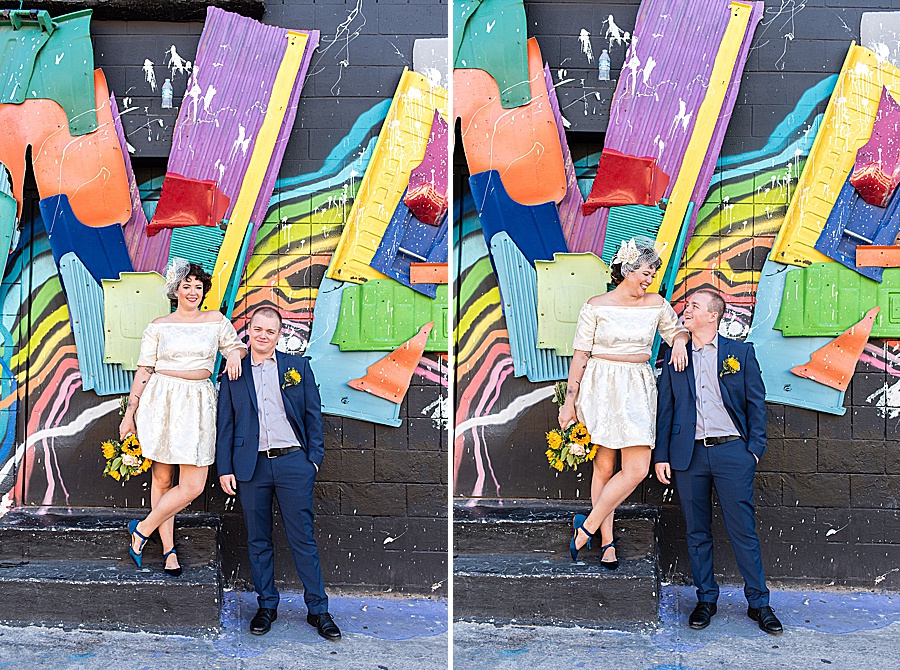 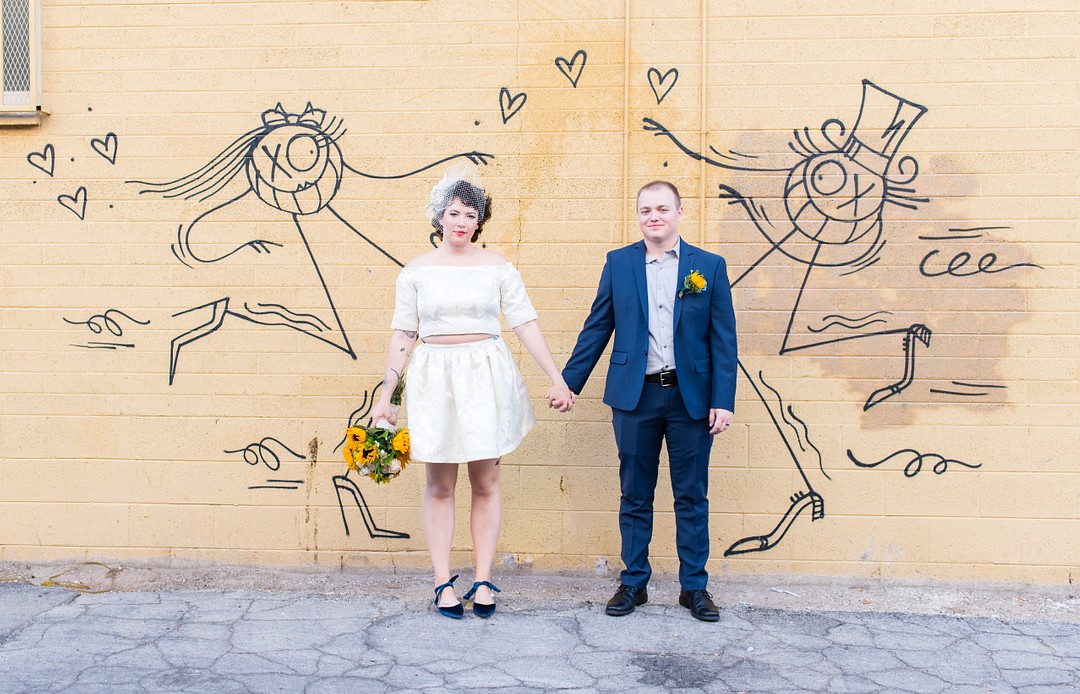 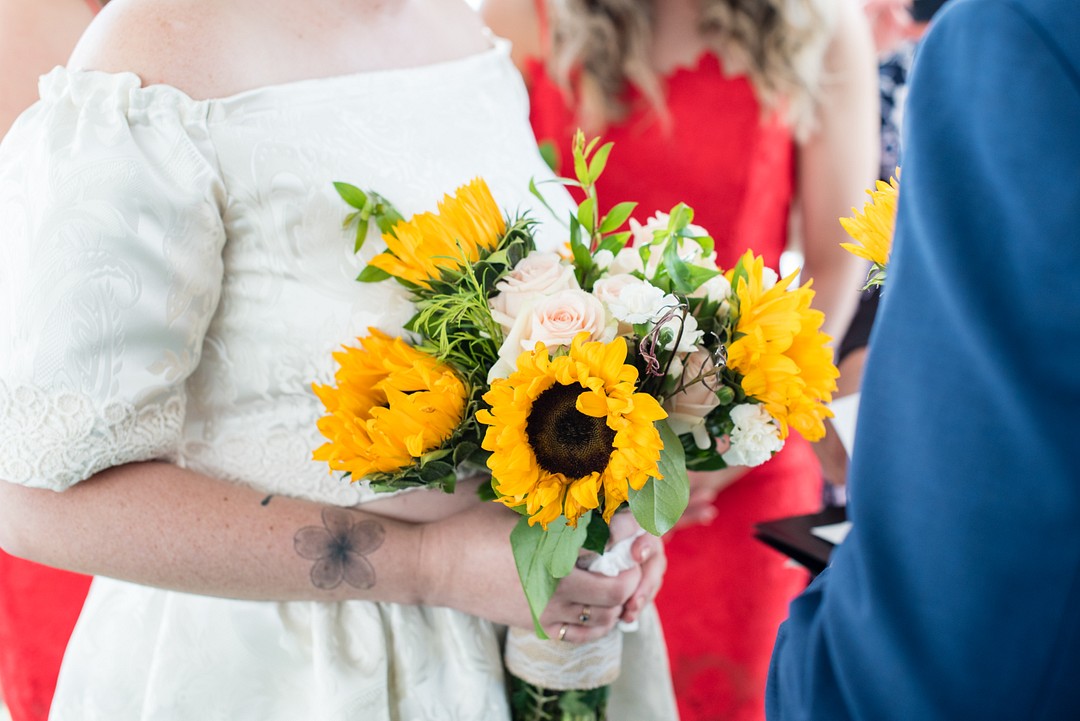 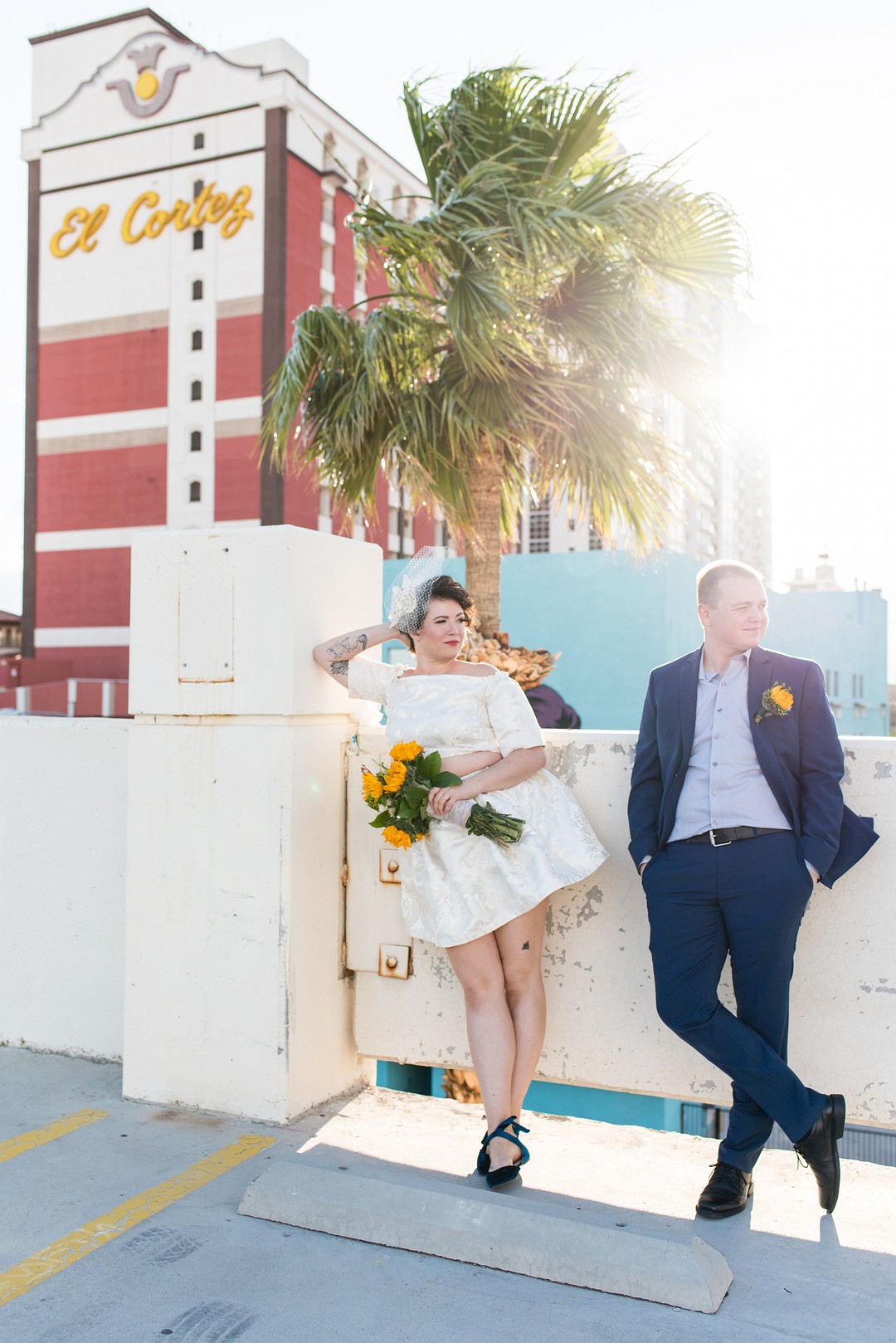 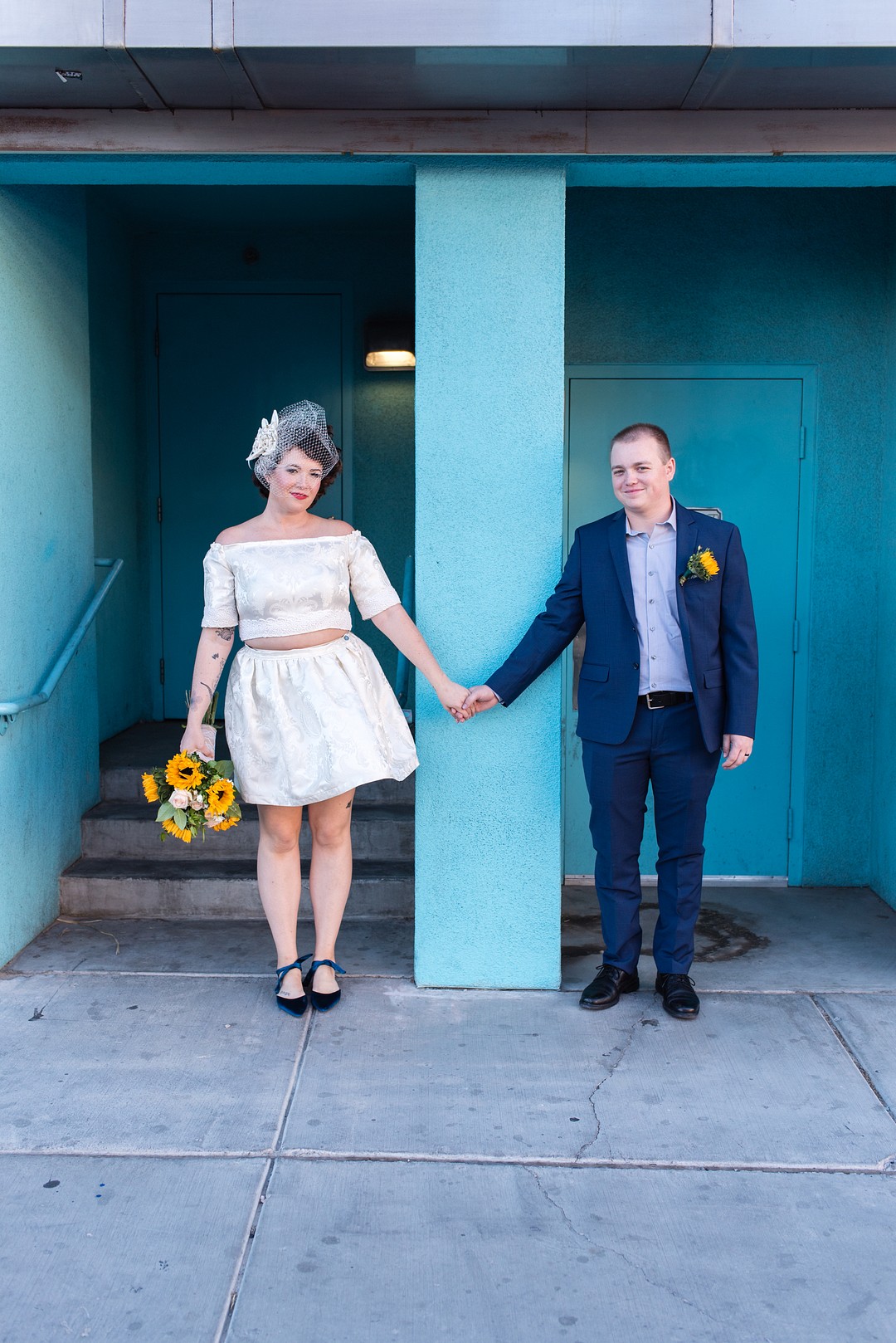 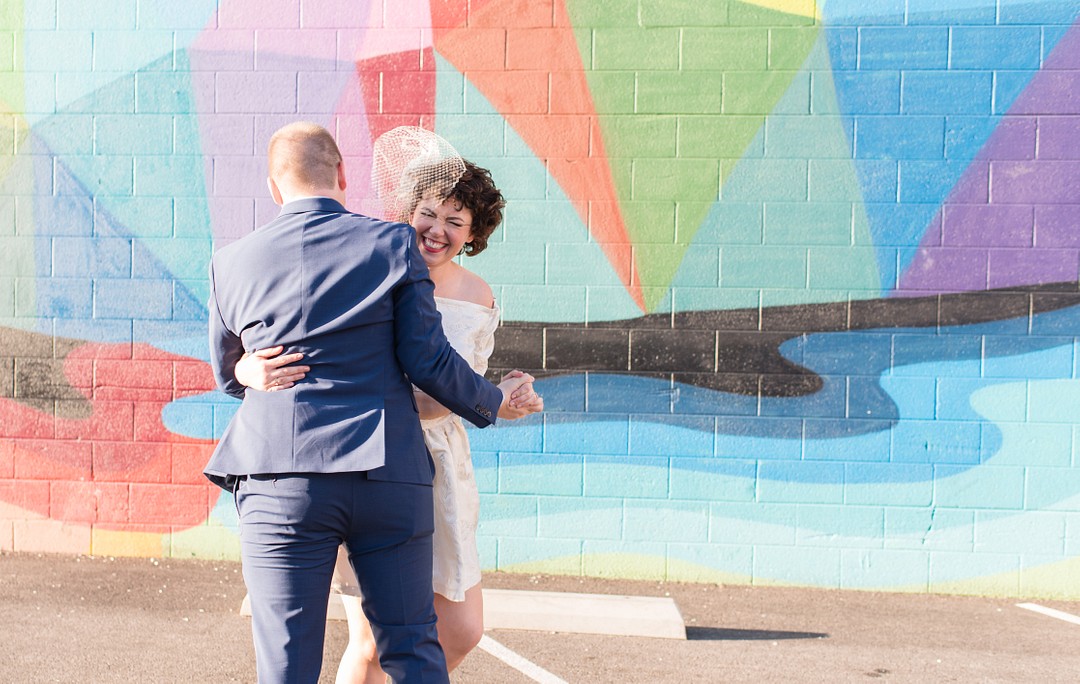 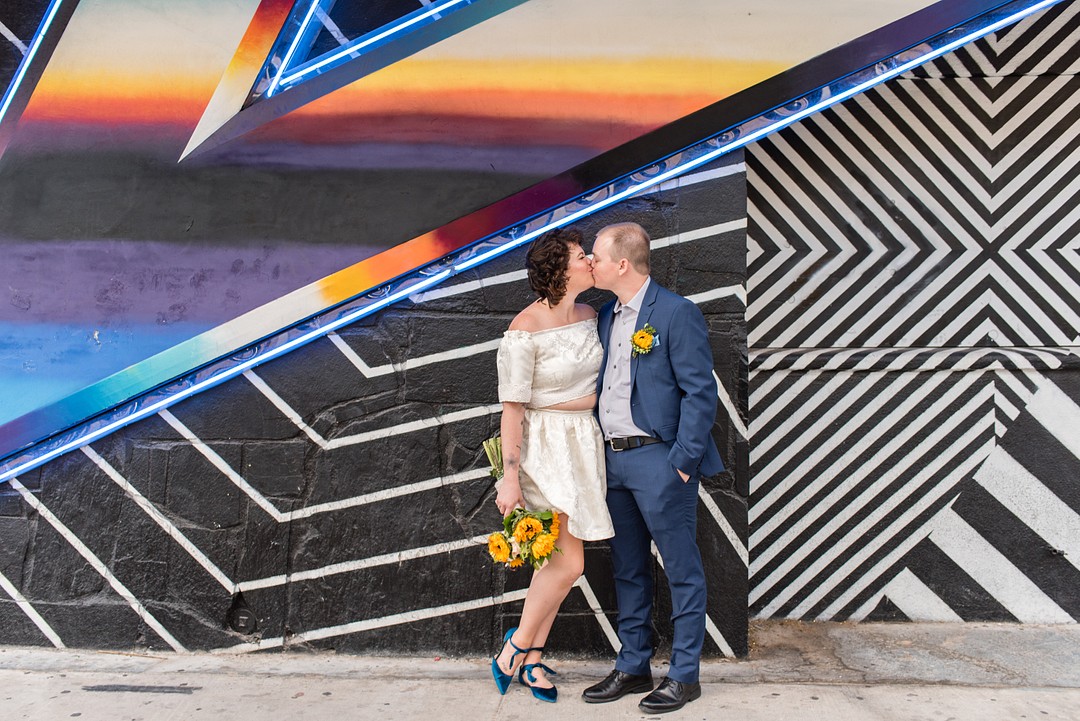 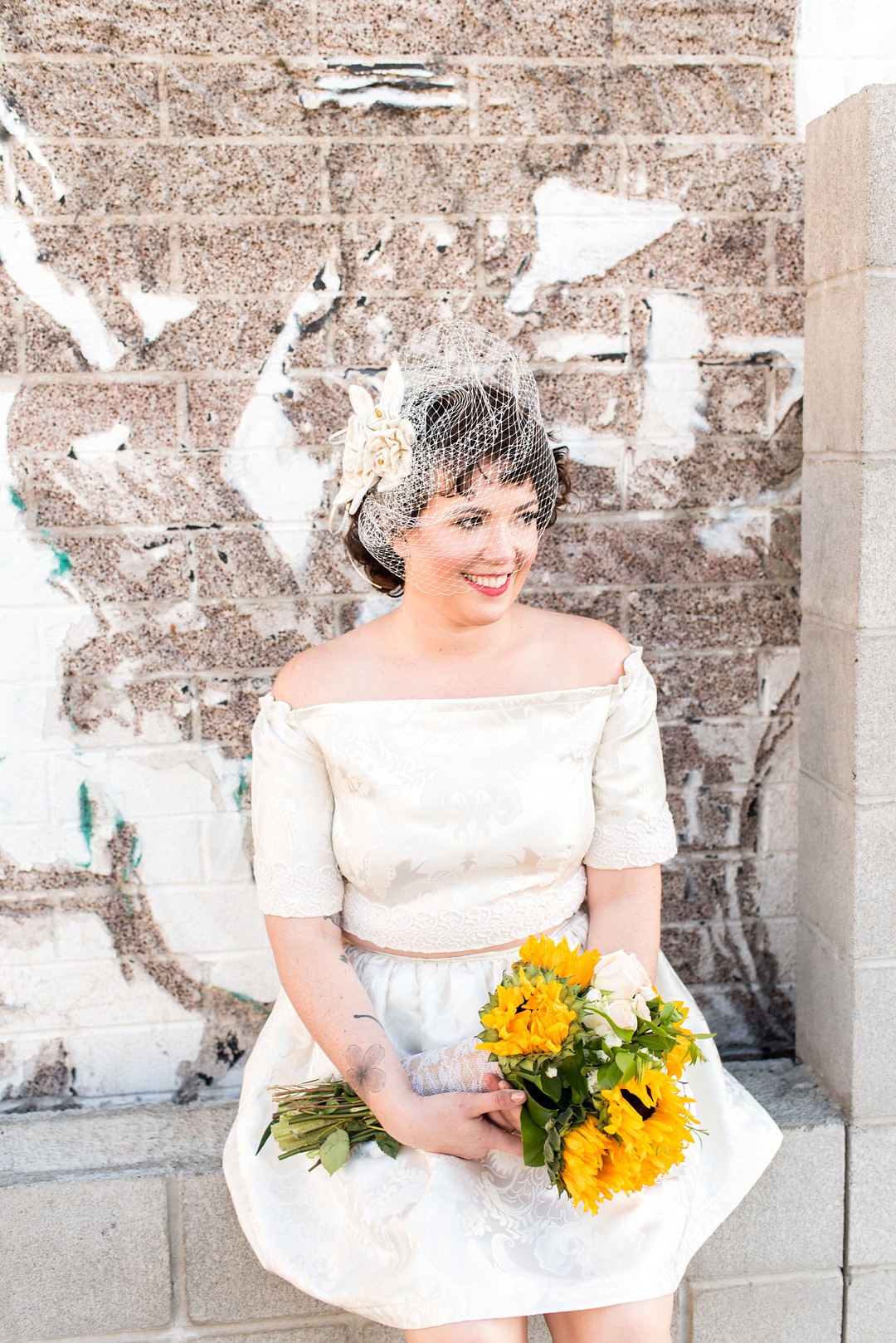 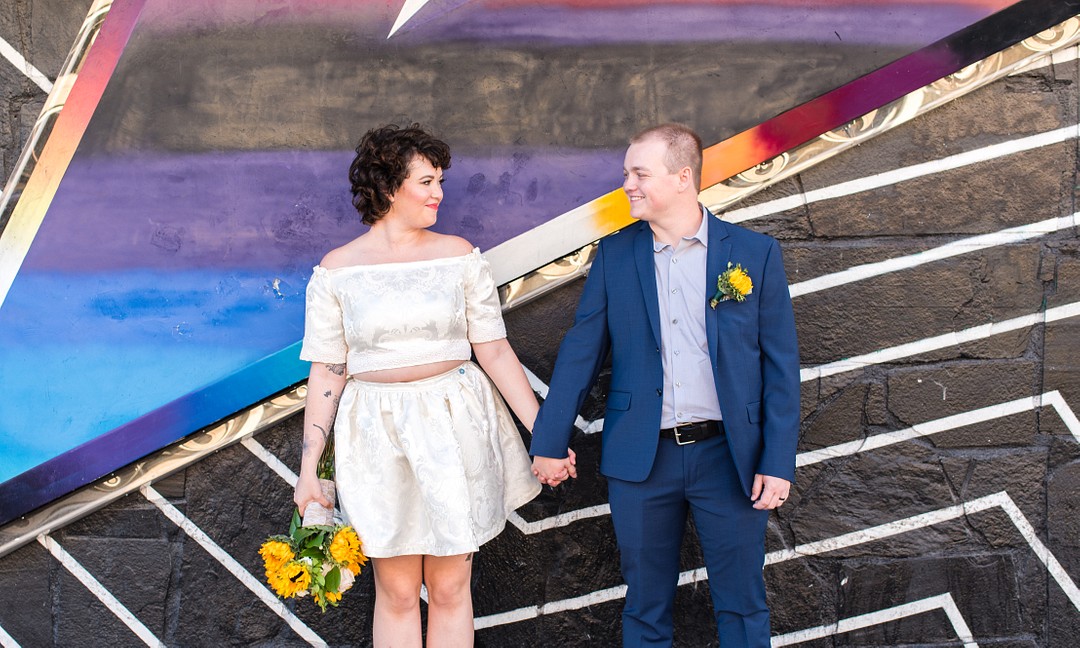 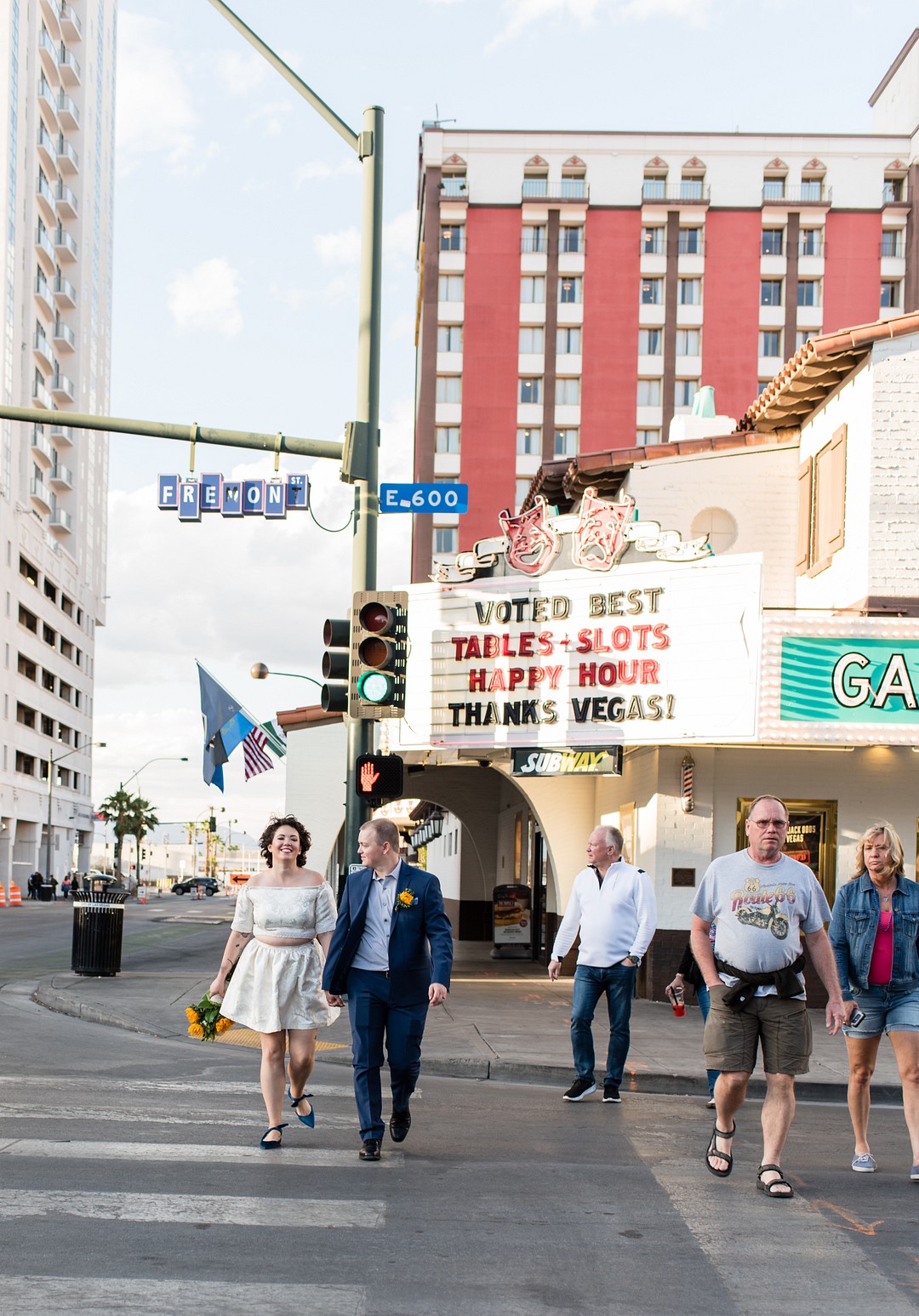 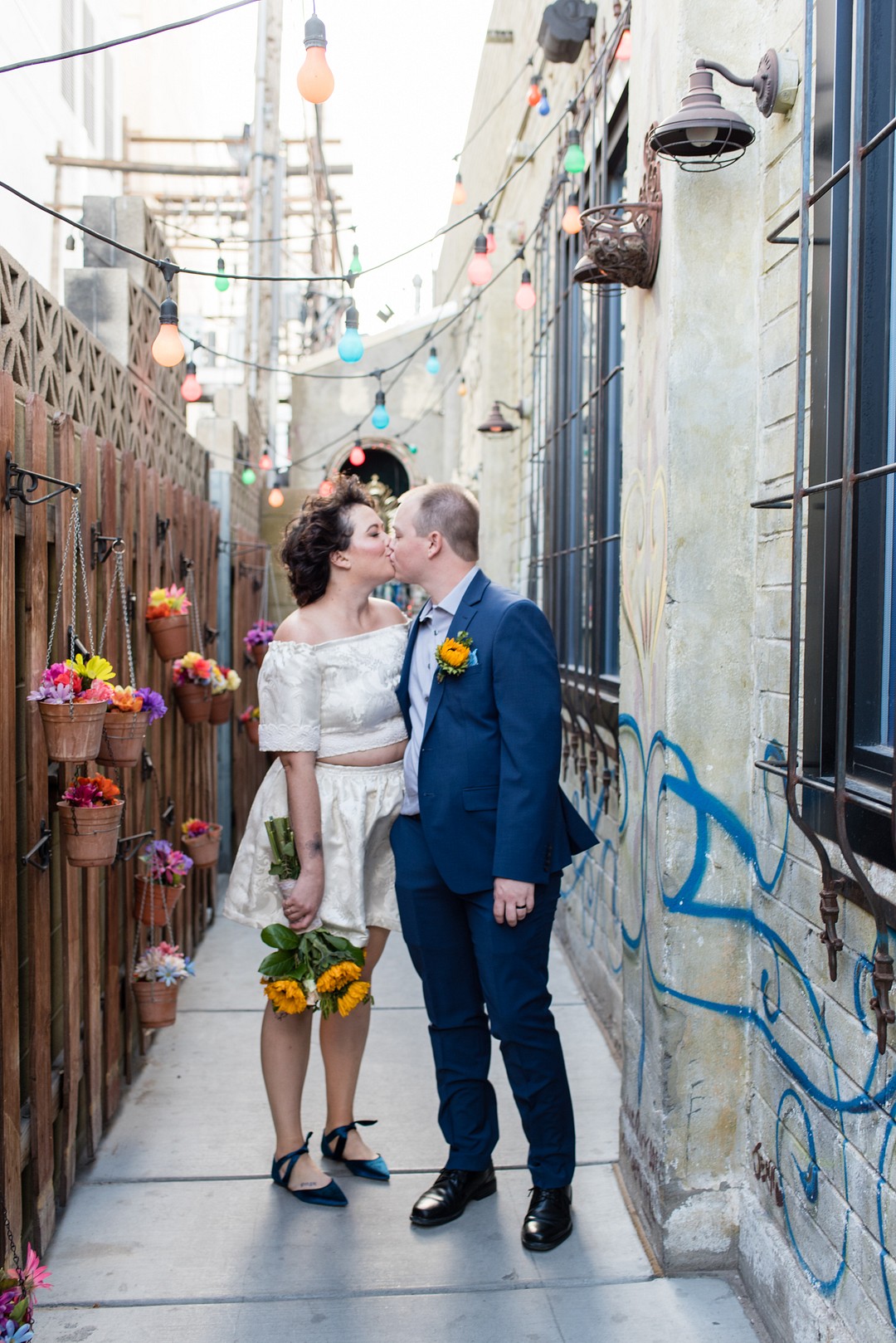 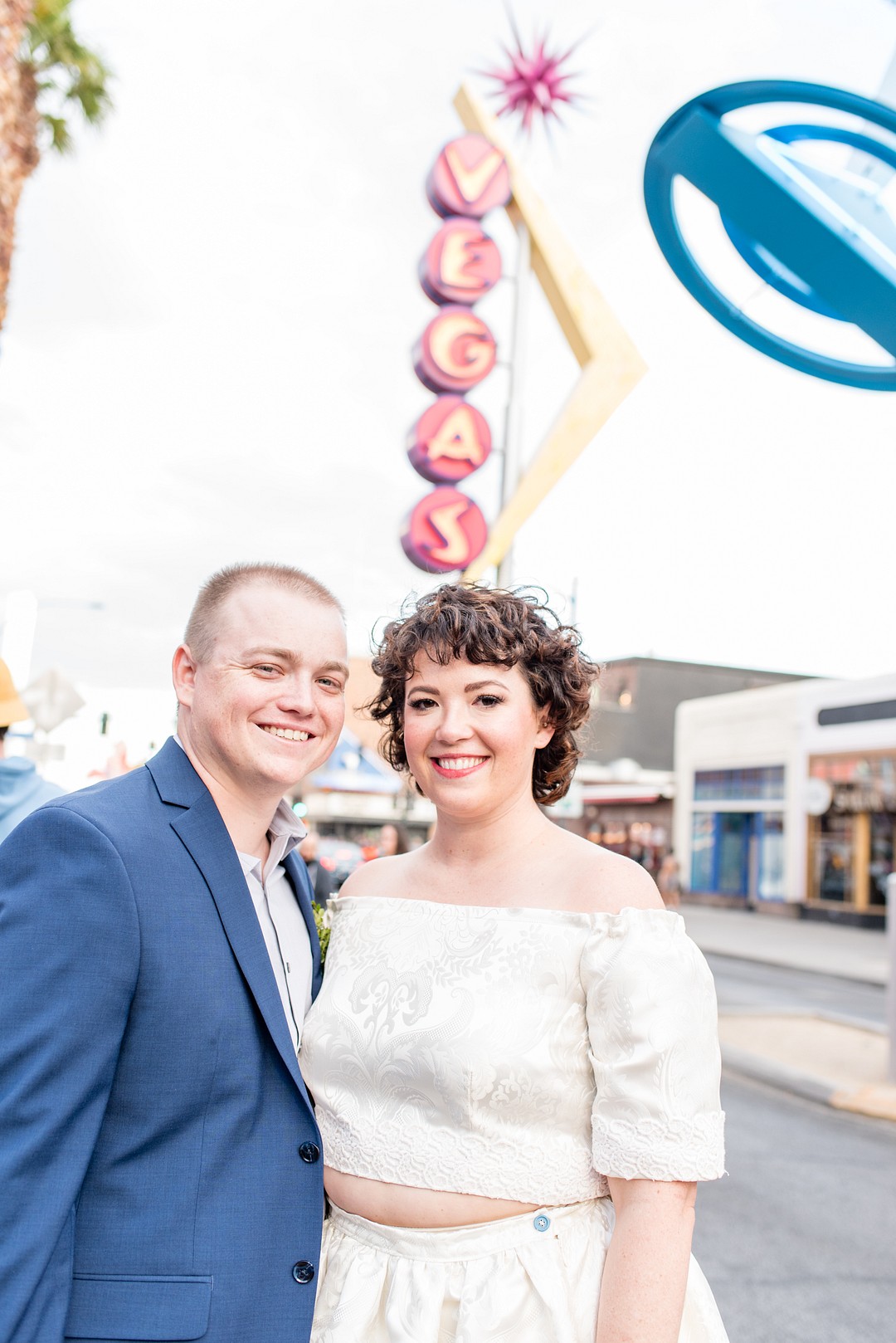 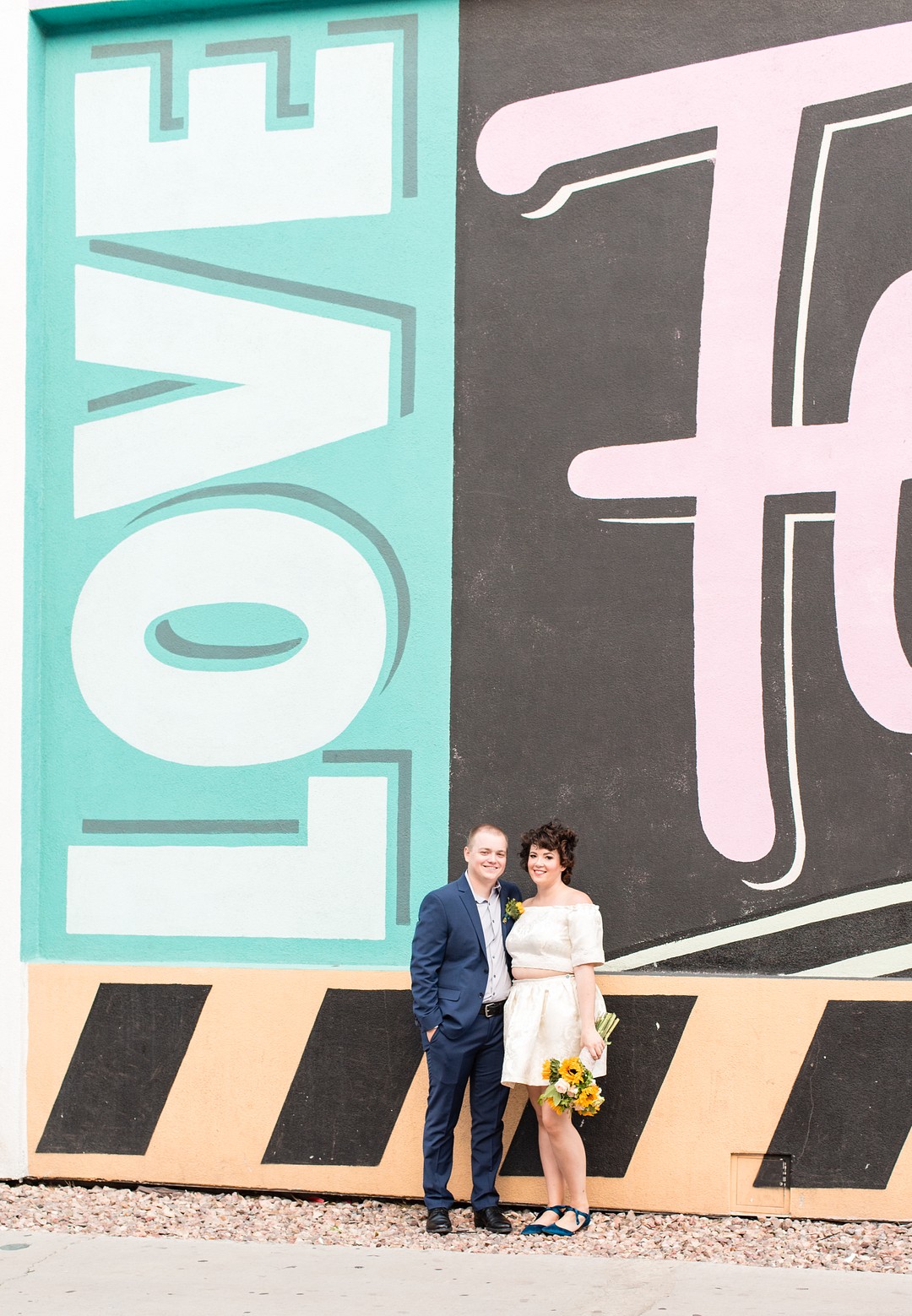