Thaisha & Kiriam were on trend for at home weddings before they became the way to go for many 2020 couples!

Their story is so sweet that I won’t attempt to tell you it, but share some words provided by their photographer, Jessra Photography, about them and their wedding day. Love conquers all!

“Thaisha and Kiriam met in Puerto Rico after the chaos of Hurricane Maria. They both were working in a fast food restaurant where Kiriam was at his wits end making less than the minimum wage while having his nursing degree but wanting to achieve so much more in life. Thaisha was pursing her nursing degree at the local university. Once they realized that the island wasn’t providing them with the right opportunities to really succeed Kiriam made the decision to enlist in the AirForce- something that he had attempted to do before but was not successful.

He was sent to Texas, far from what he has always known, far from his friends and his family and from the sound of the coqui-the tree frog-that fills the warm night air with its distinct call. He traded it all, including being next to the love of his life in order to have a fighting chance and a bright future. While the distance did way heavily on both of them they were ready to take the next step. Kiriam proposed and Thaisha accepted. Things moved quickly. Thaisha left the island and moved back with her mom to CT to get a better paying job and continued her studies online. Kiriam was still going through training in Texas. During the Christmas break, Thaisha hired me for their engagement photos. However, after further investigation, it was a lot more important to get married so that Kiriam’s benefits from the AirForce can benefit Thaisha. So they eloped. It was unexpected but something they had no problem doing because at the end of the day they just wanted to be together. While Thaisha had big plans for a beautiful wedding back in the island where she can celebrate with their friends and family, life had other plans.

They enlisted a justice of the peace to marry them. They went to the JP’s home. There, in a matter of minutes, Thaisha and Kiriam were husband and wife. There to witness the marriage was her youngest brother, Dylan and her mother Yesenia, alongside her fiance. It was small and intimate.

The weather that day for December in the NorthEast was perfect. A warm 56 degrees. Thaisha was able to wear her sleeveless gown while Kiriam dressed in his formal uniform- something that Thaisha really wanted. They looked at me and said they were ready for their portraits. I took them to a small park located in Trumbull, CT, Twin Brooks Park, where I found an area with tall dried grass. The sun was setting but it was giving the most perfect sunshine. Seeing these two interact during the photo session was the best. They knew their future was a bit more certain, still with some fears, but together they would embark in this new journey. ” 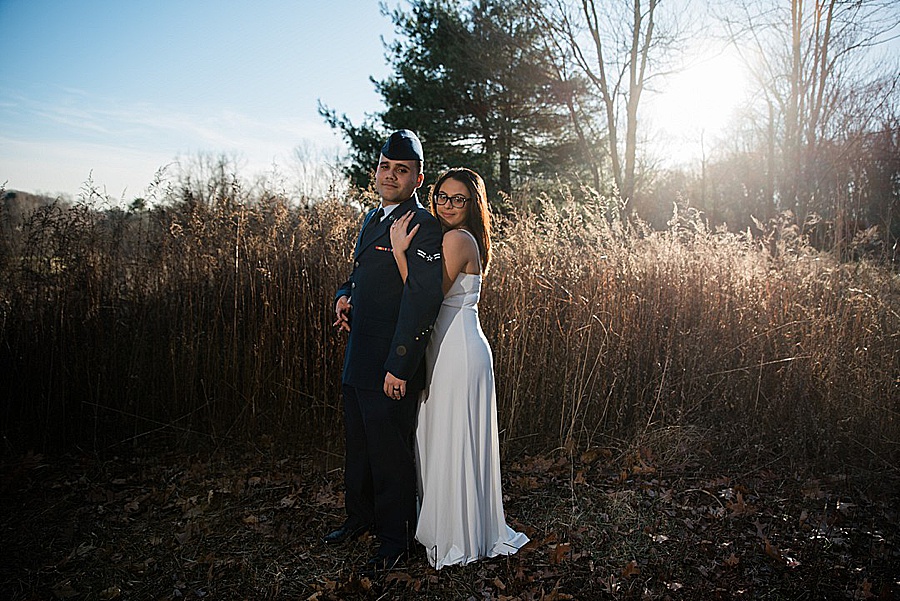 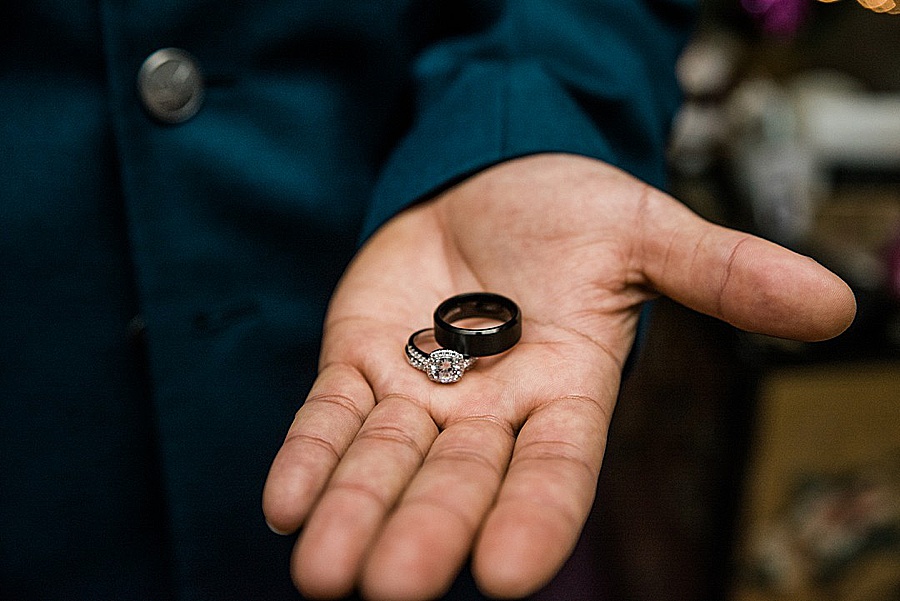 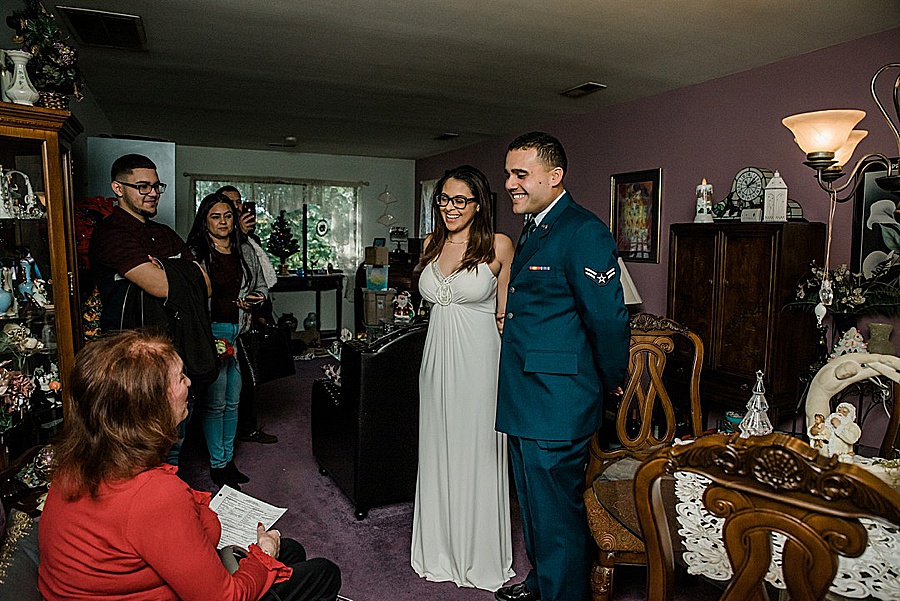 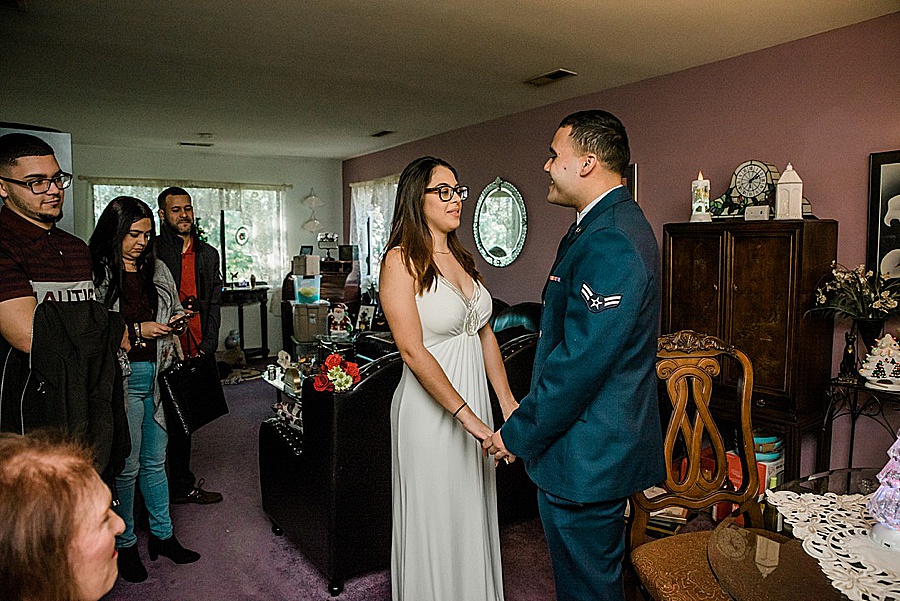 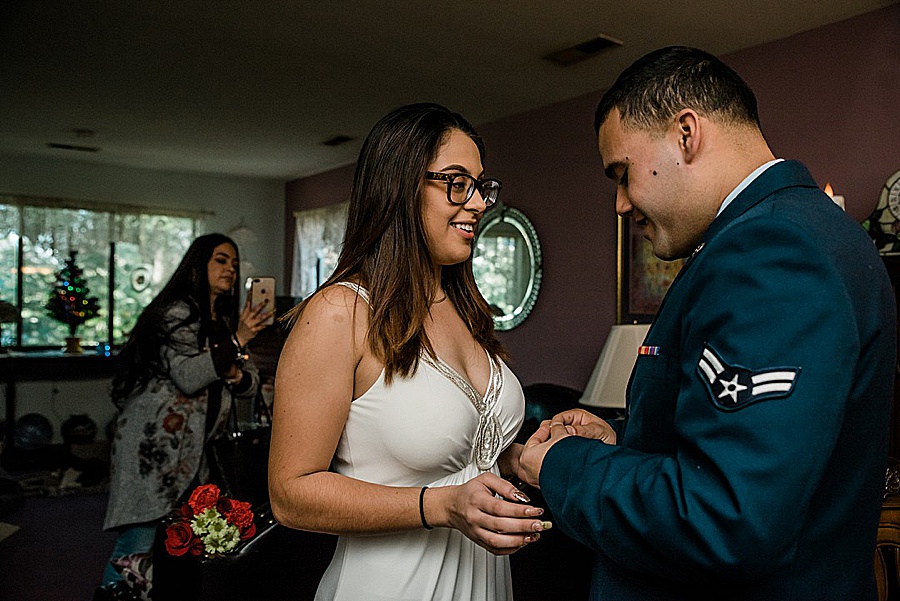 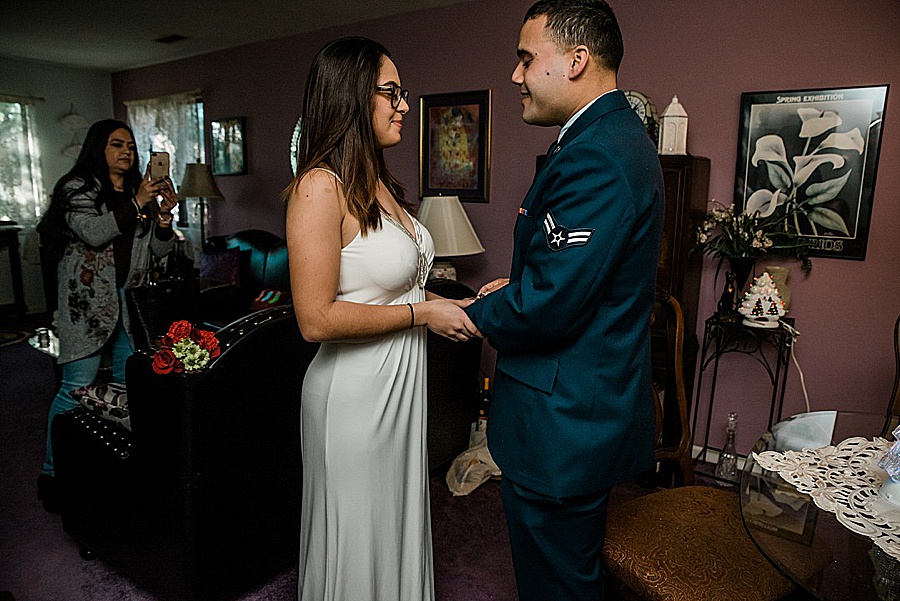 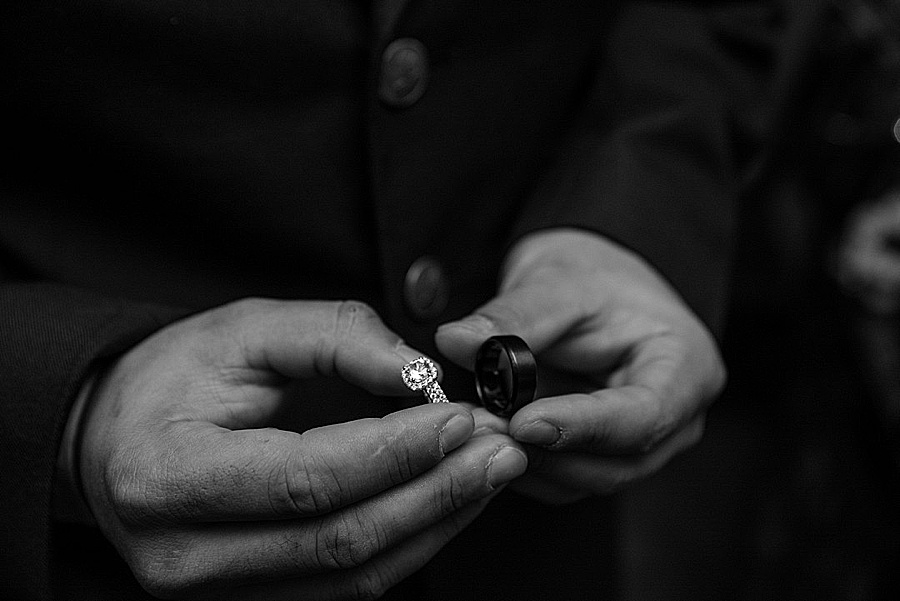 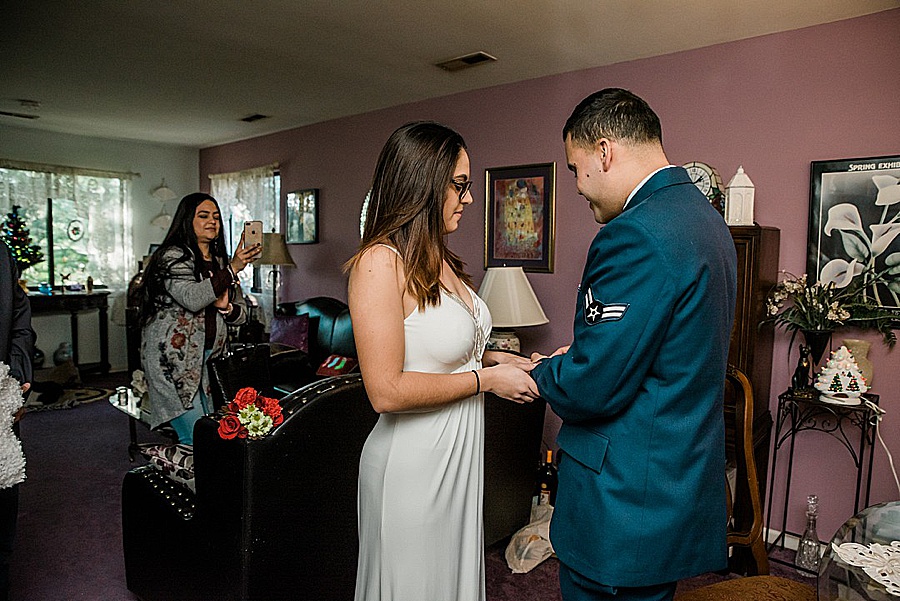 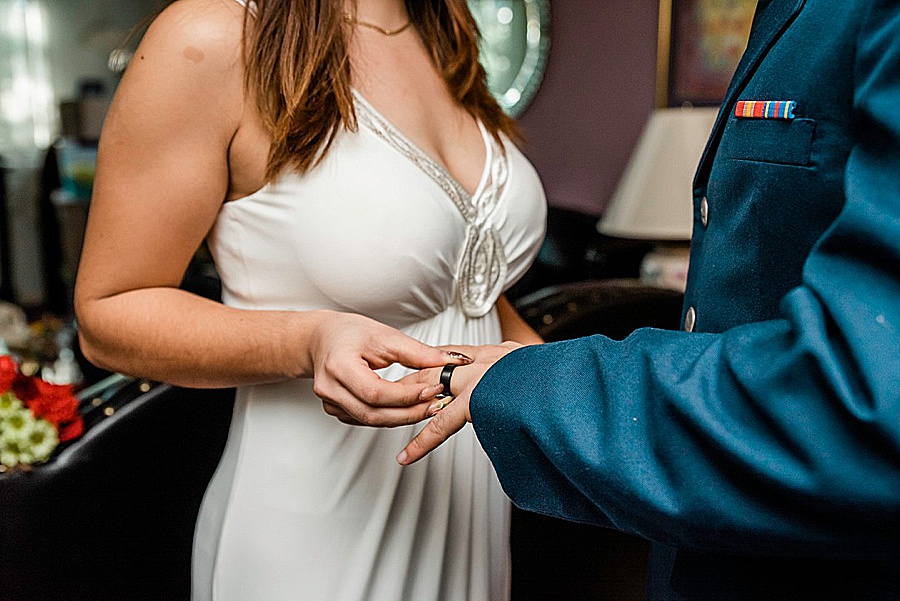 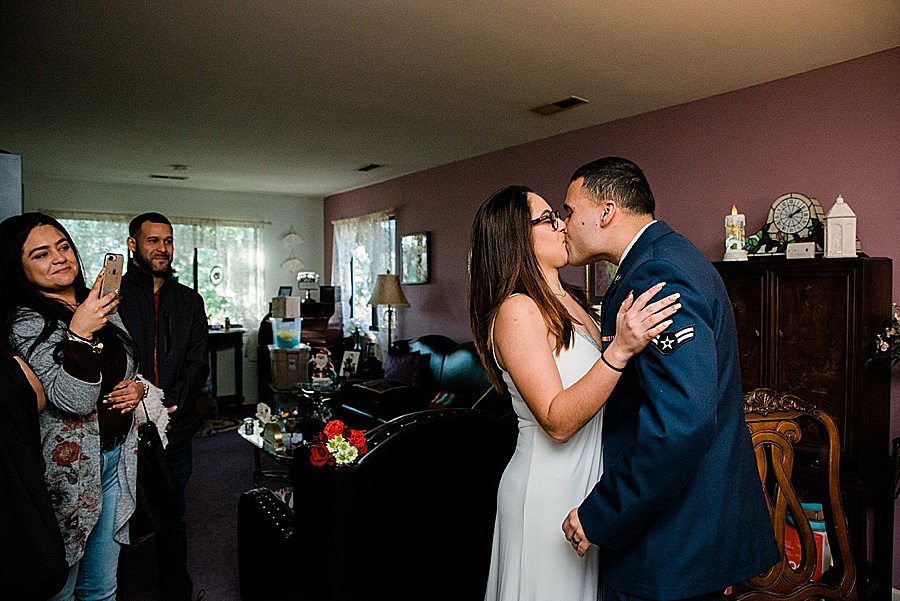 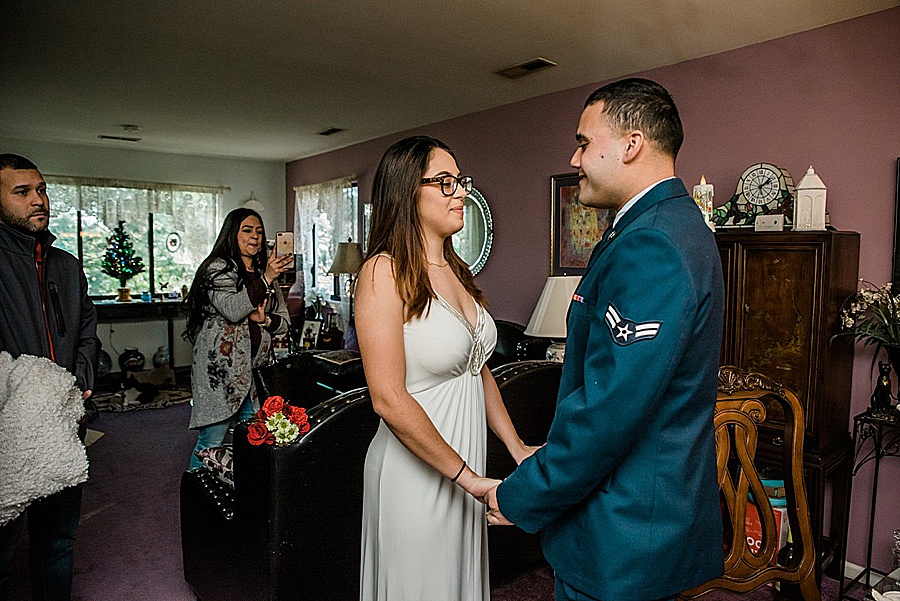 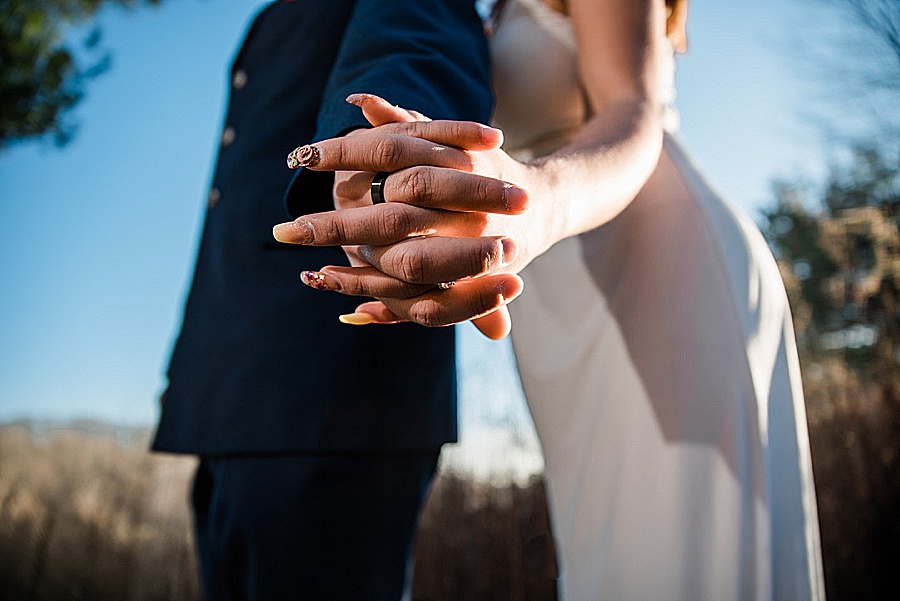 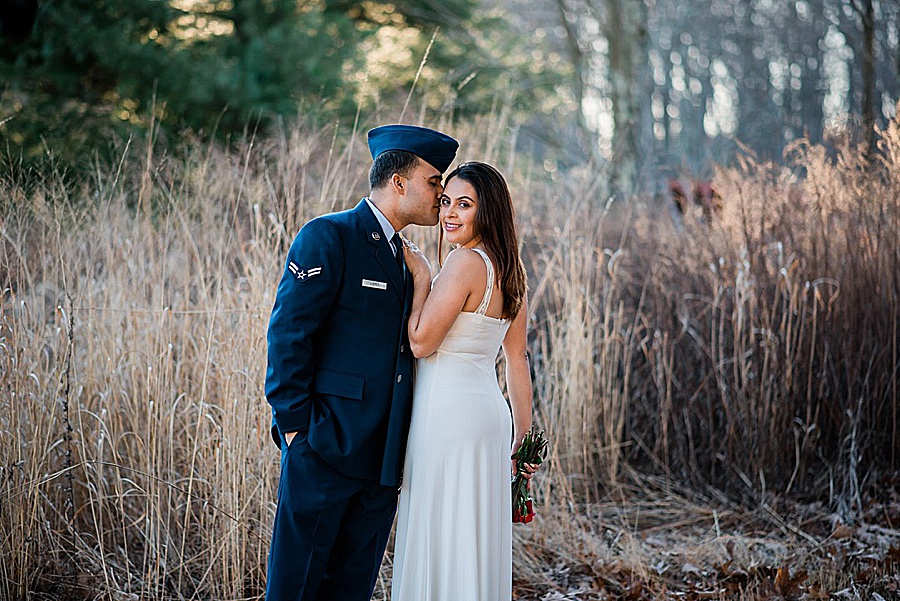 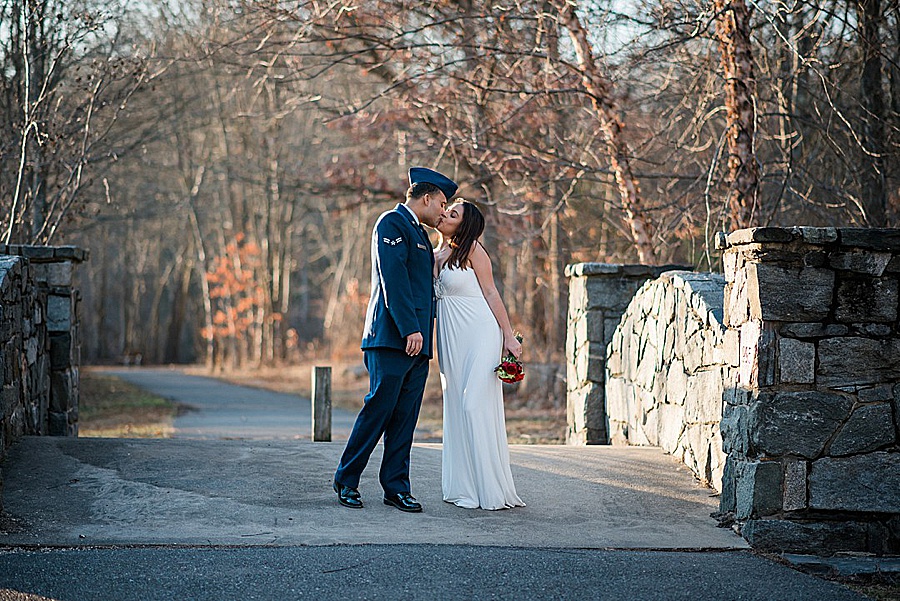 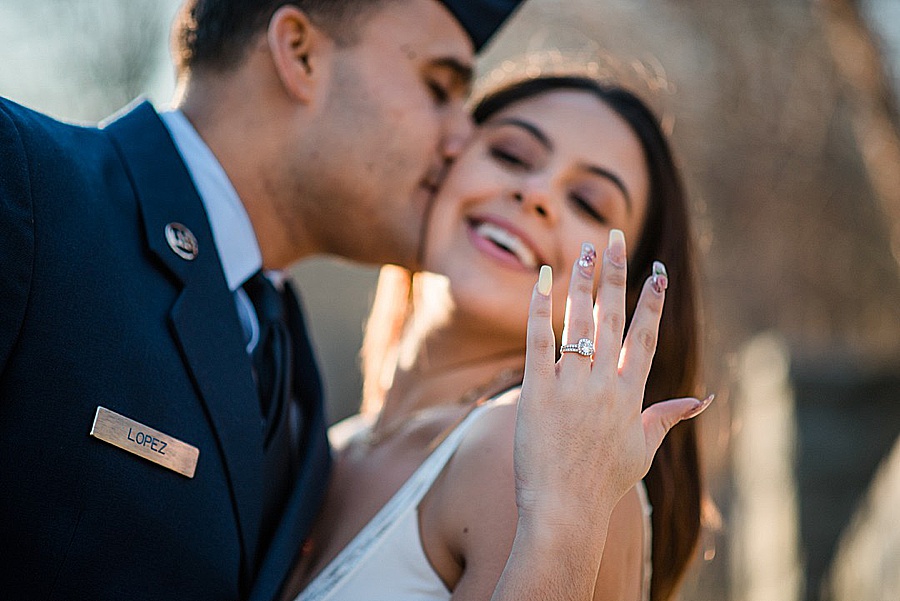 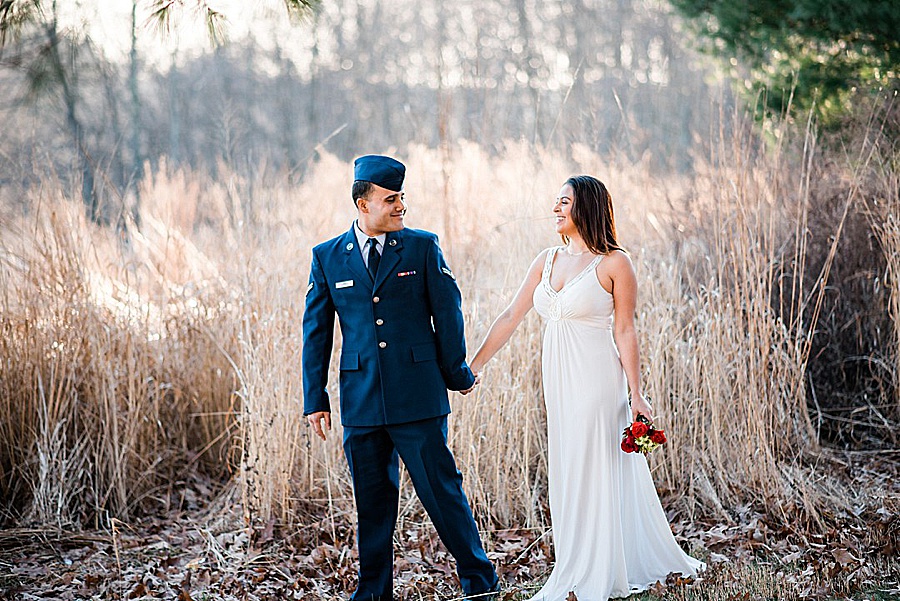 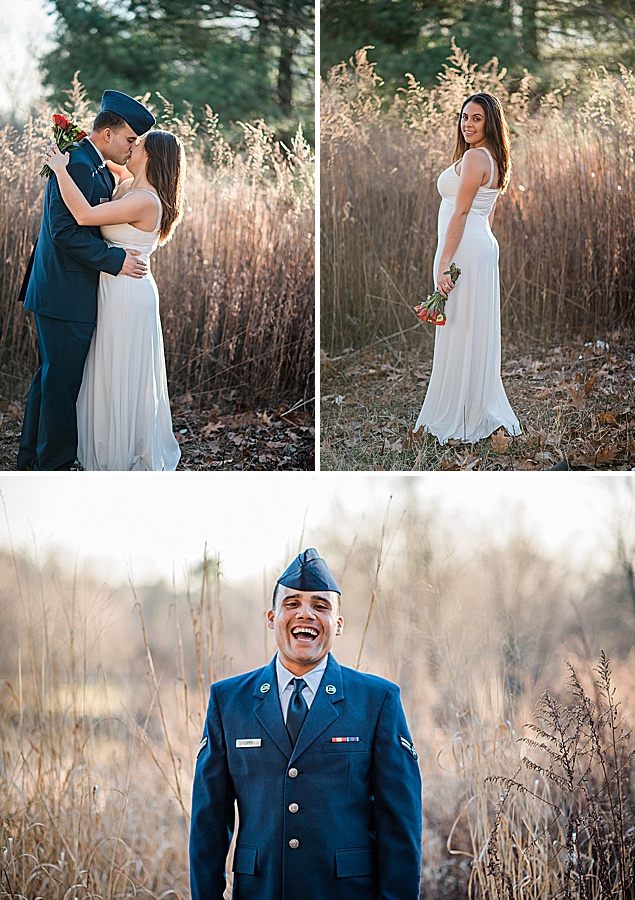 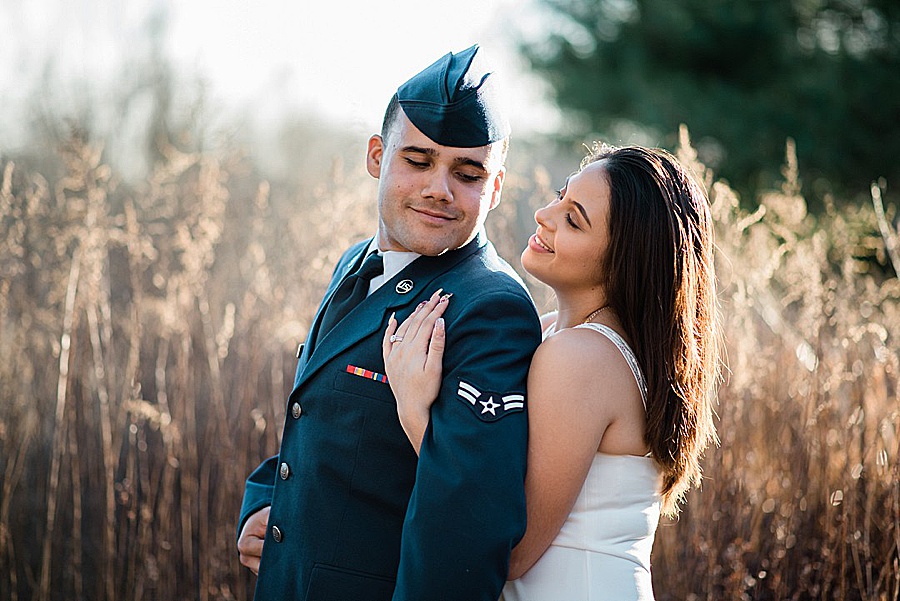 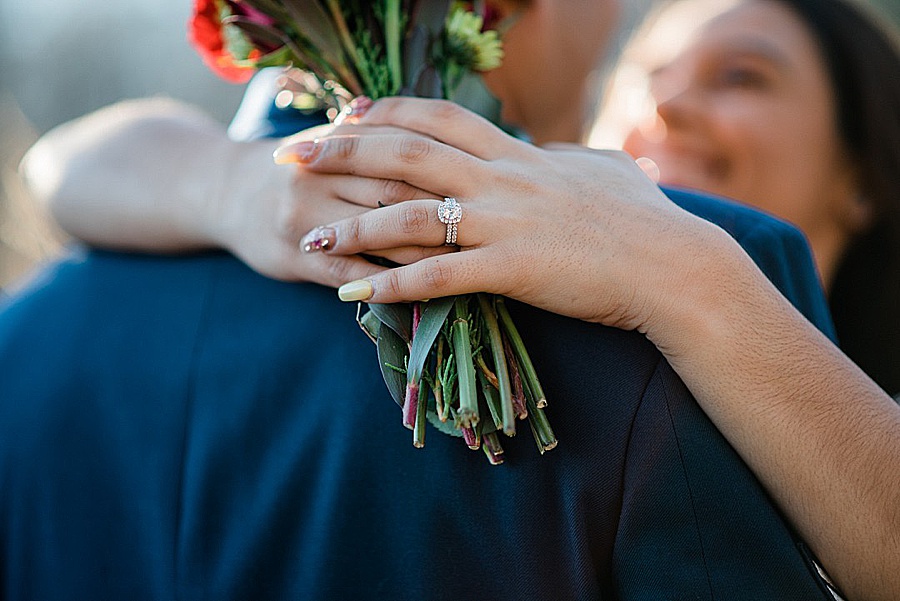 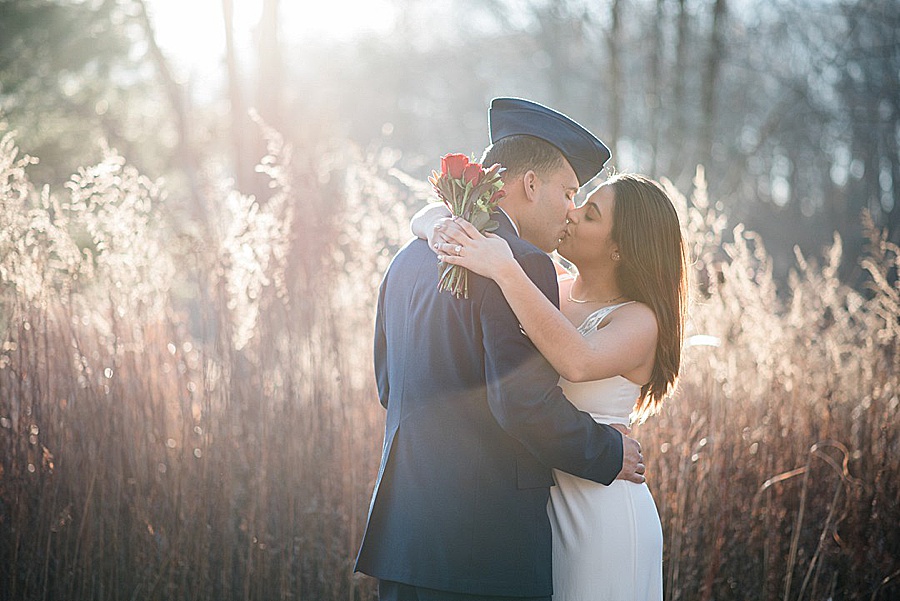 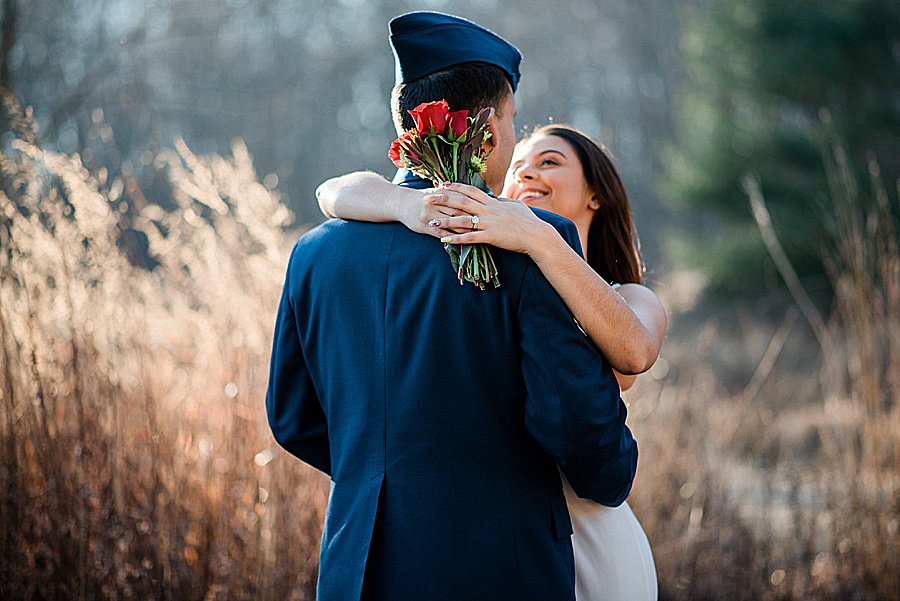 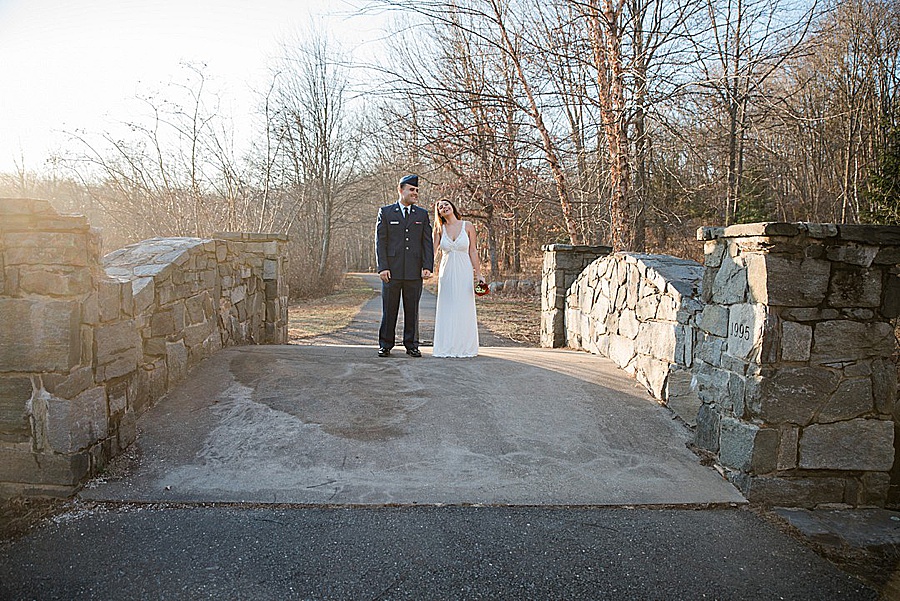 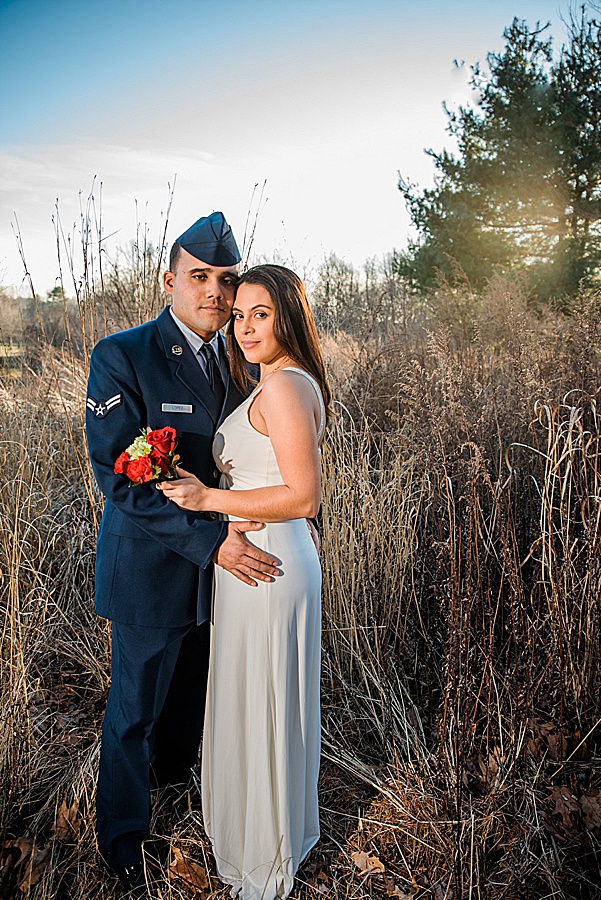 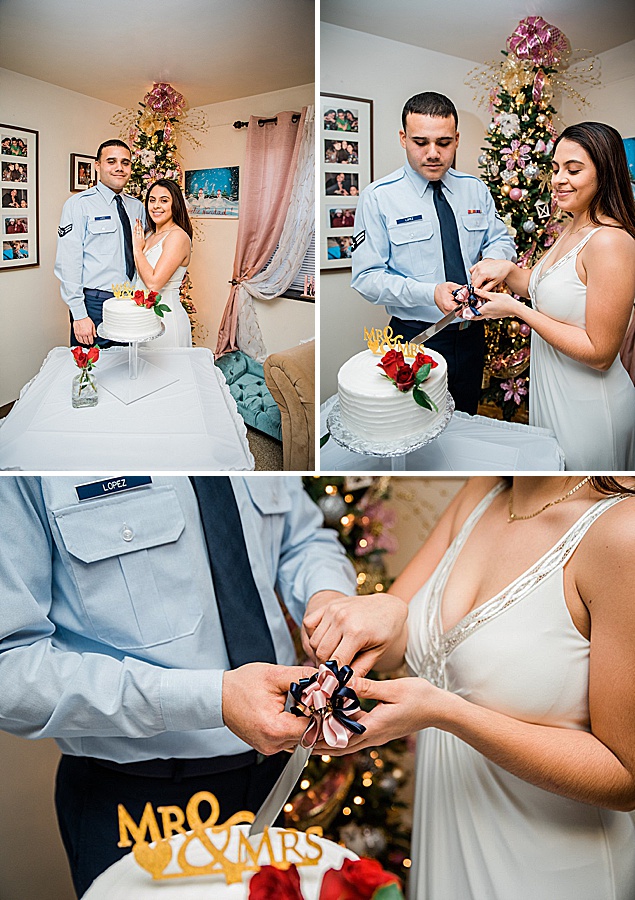 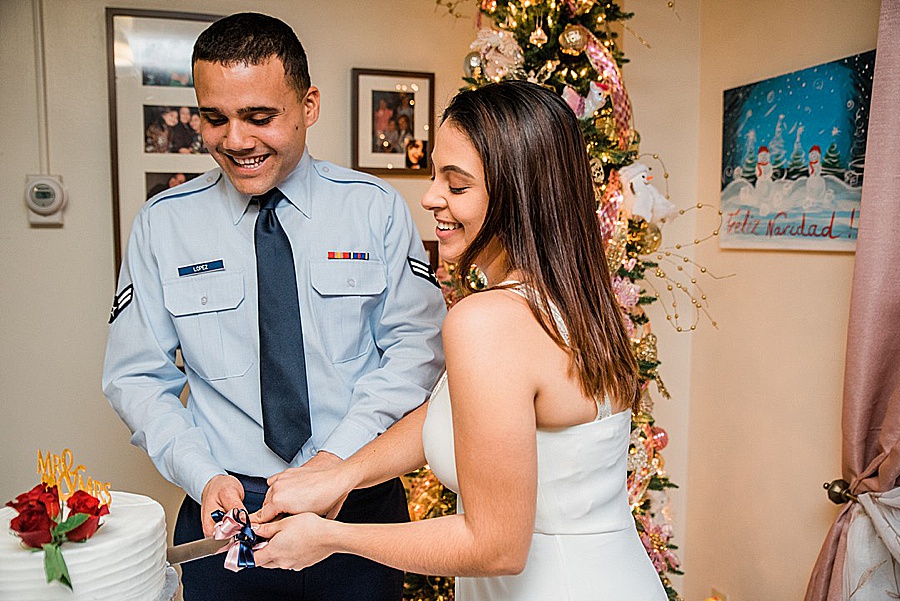 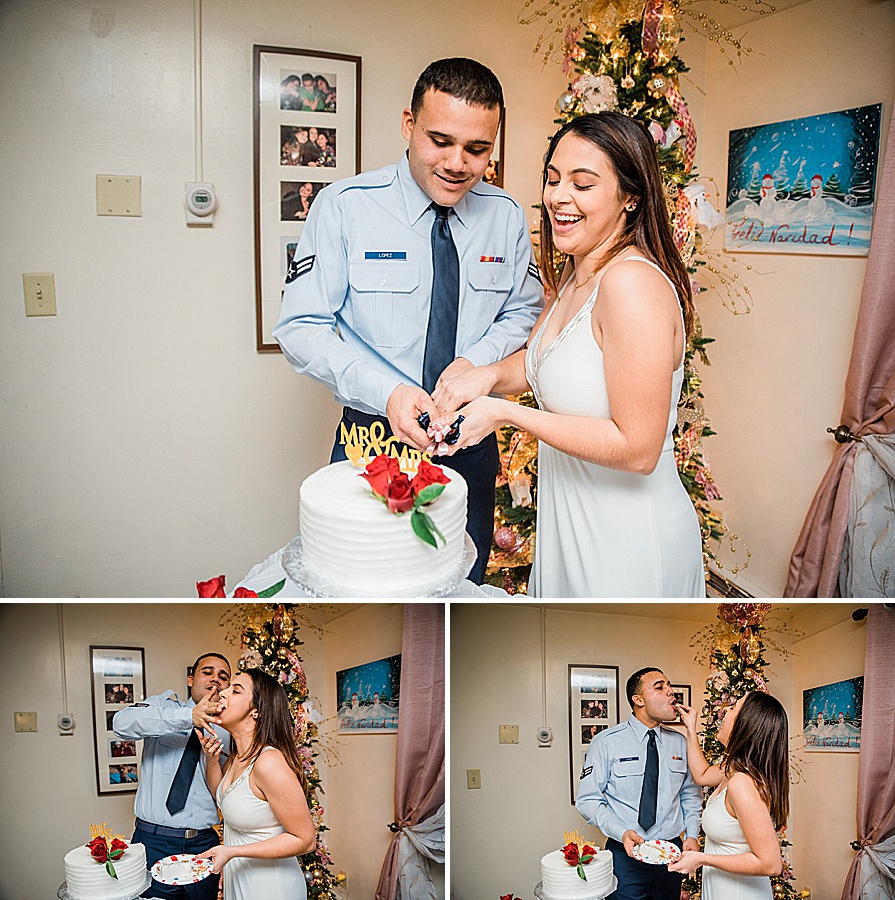