I would tell you all about this day and why I chose it to be featured, but their photographer did it so much better so I’m going to share her words below instead! Enjoy!

“Sandy and Teresa wanted an elopement experience that was simple, intimate and fun – and this Colorado helicopter elopement delivered!

The day was beautifully blue and warm. I arrived early at the hostel to get a sense of the space. Bivvi is not your typical hostel – it feels more like a nice hotel and was the perfect backdrop for their getting ready photos. When I finally met Teresa and Sandy, there was a lot of joy and anticipation in the air. They were in the final stages of getting ready. A few jackets to put on, necklaces, shoes, etc. We took it easy, put on some music, and just let the anticipation build, knowing we were about to take off.

After getting the final touches together, we went downstairs to the bar. It was a BYOB experience so they brought their favs, cracked them open, and started their day off on the right foot. We then moved into the main area where they played some games and explored the bookshelves. All the while, the build up for their adventure continued growing and growing.

Then it was time for the helicopter meetup. We went through safety pre-checks, talked about what to expect, and then went down to the helicopter where it sat, waiting for us, glistening under a beautiful blue sky and bright sun. We climbed aboard and got ready as the pilot began turning the helicopter on and getting the blades moving.

Then, lift-off. Slowly at first, the ground beneath us grew further away. Teresa, a flight nurse, was all set for the ride, while Sandy’s anticipation and excitement were palpable. We turned to the left and flew towards the stunning Telluride Mountains. We crested the ridge line, mere meters above, opening up a vast expanse of mountains. It was truly breathtaking. The pilot took us to a flat landing spot with epic views of the mountains, where we touched down.

This was where the magic truly happened. Teresa and Sandy departed the helicopter and stood at what seemed like the edge of the world, sharing their vows and saying their ‘I dos’. They kissed with passion, and then began to celebrate. They popped open a bottle of champagne, and drank before the gleaming mountains. They explored the area and took it all in. It couldn’t have been a more stunningly beautiful day with a stunningly beautiful couple. ”

Accomodations: The Bivvi Hostel in Telluride 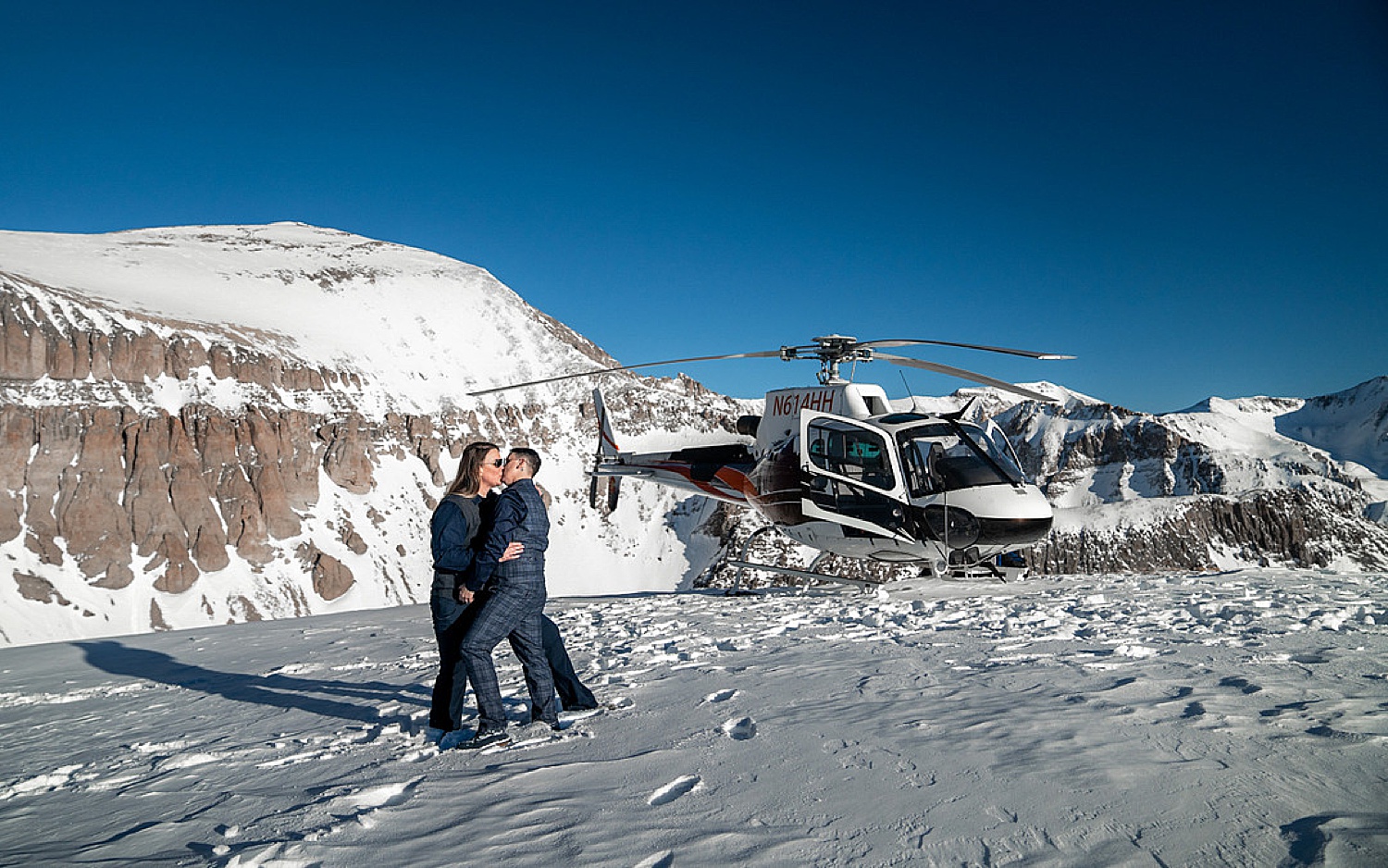 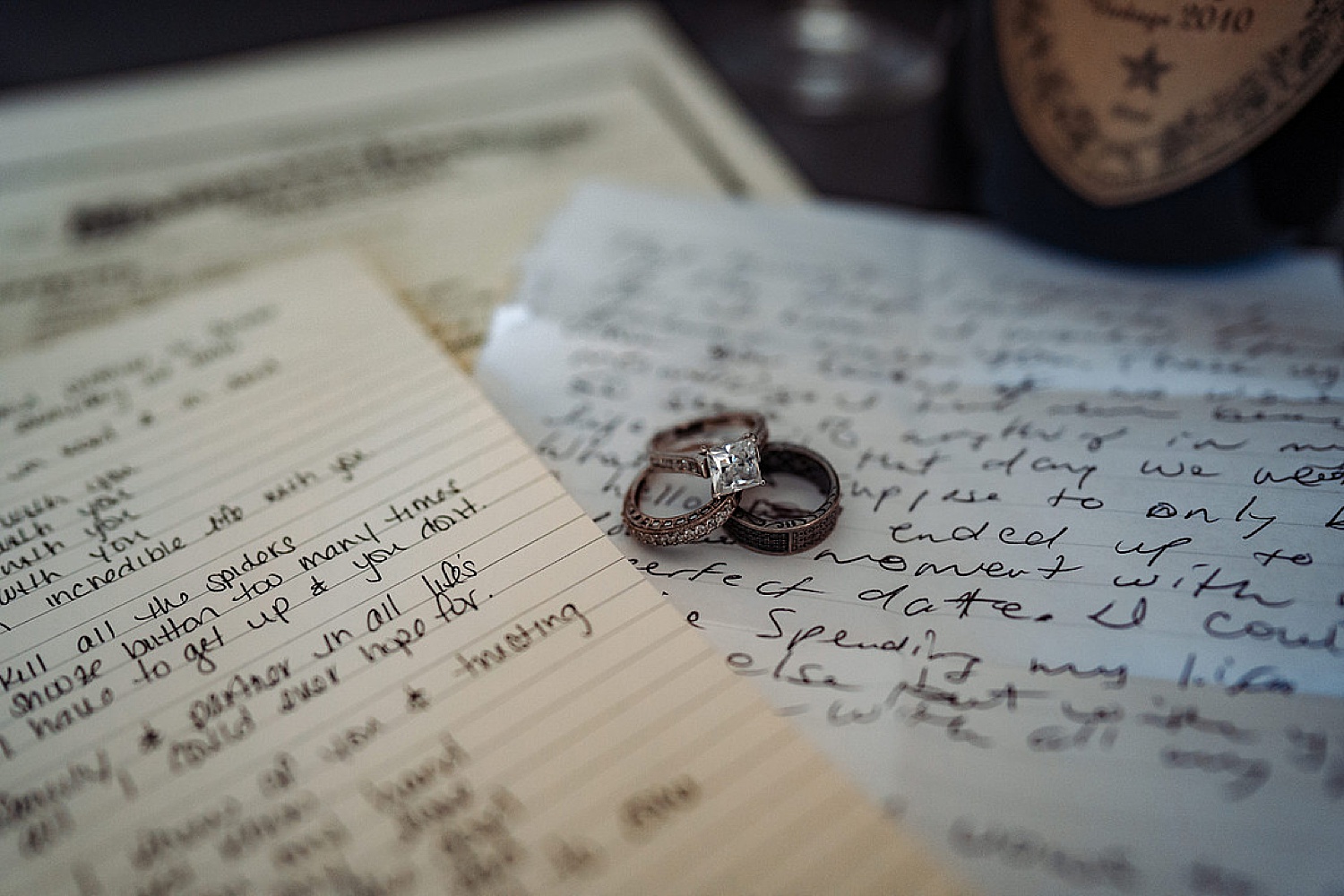 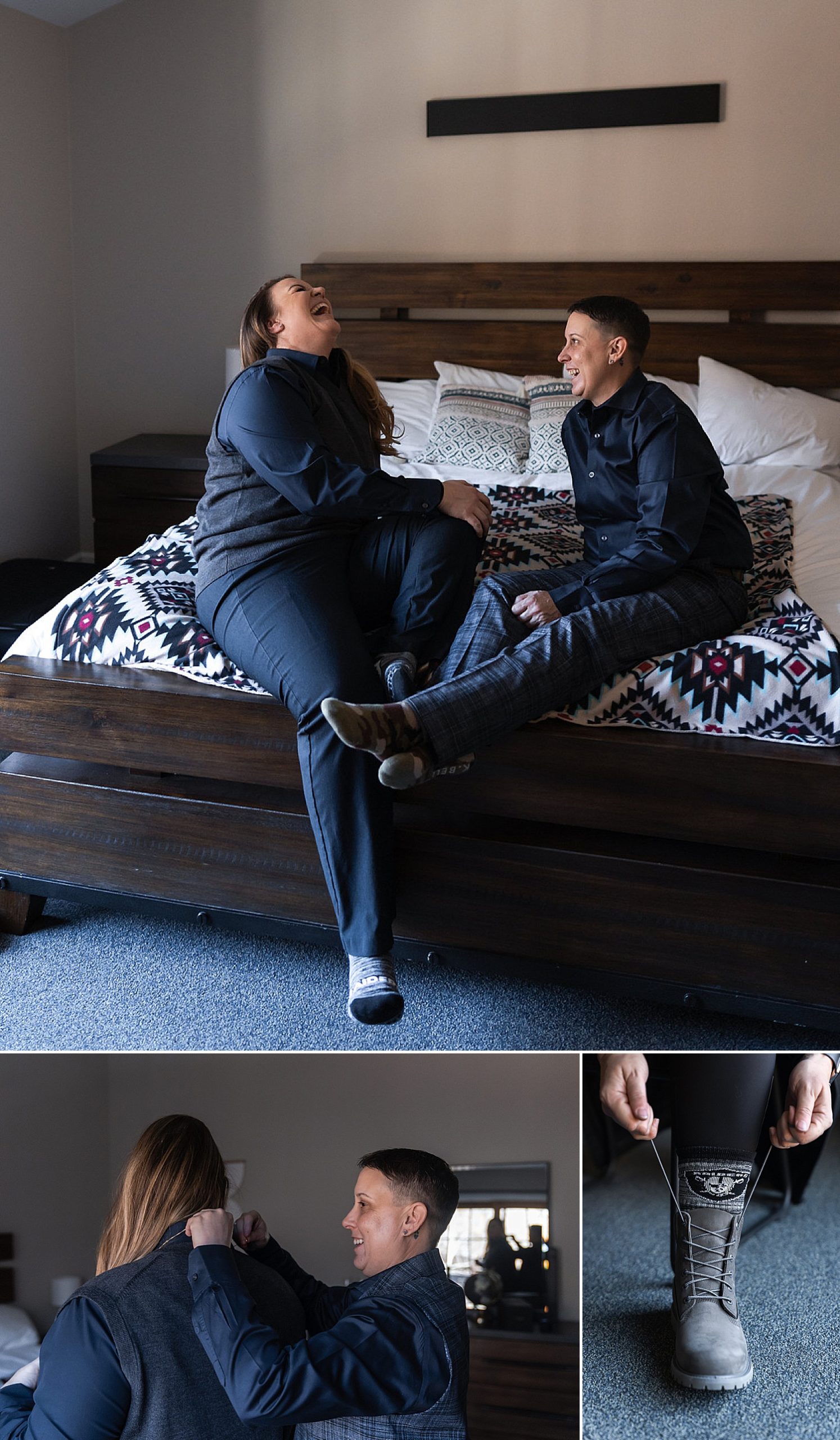 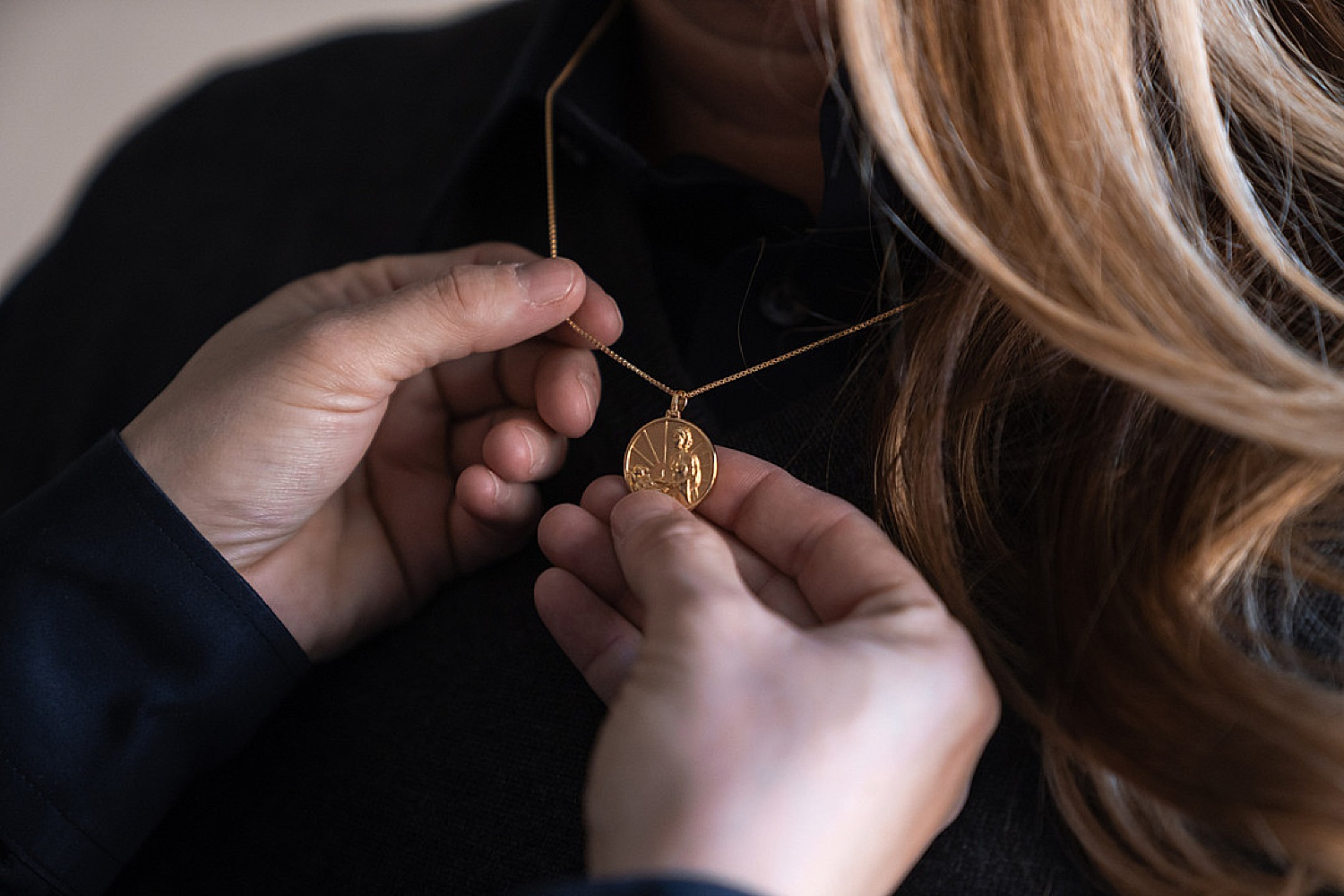 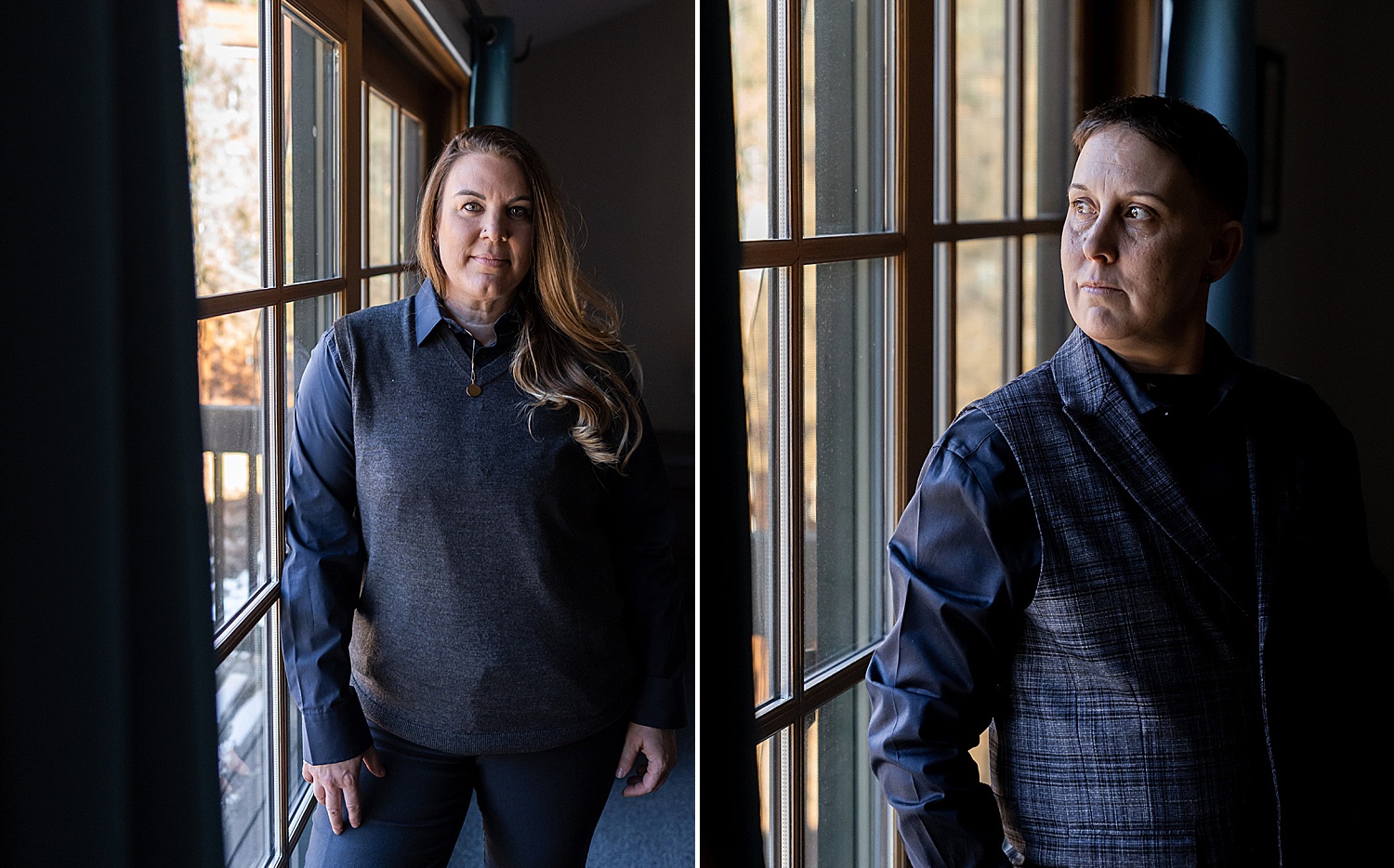 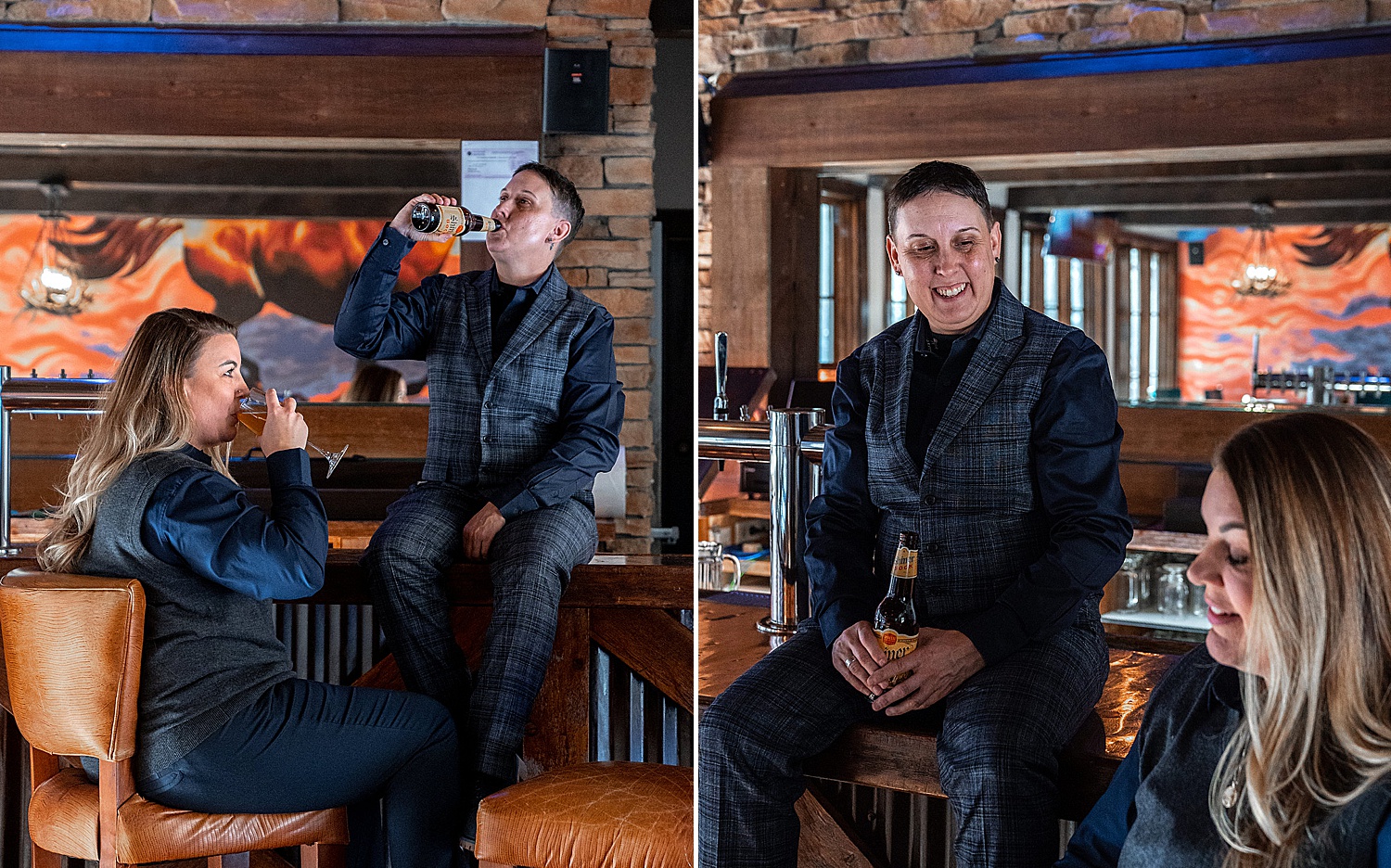 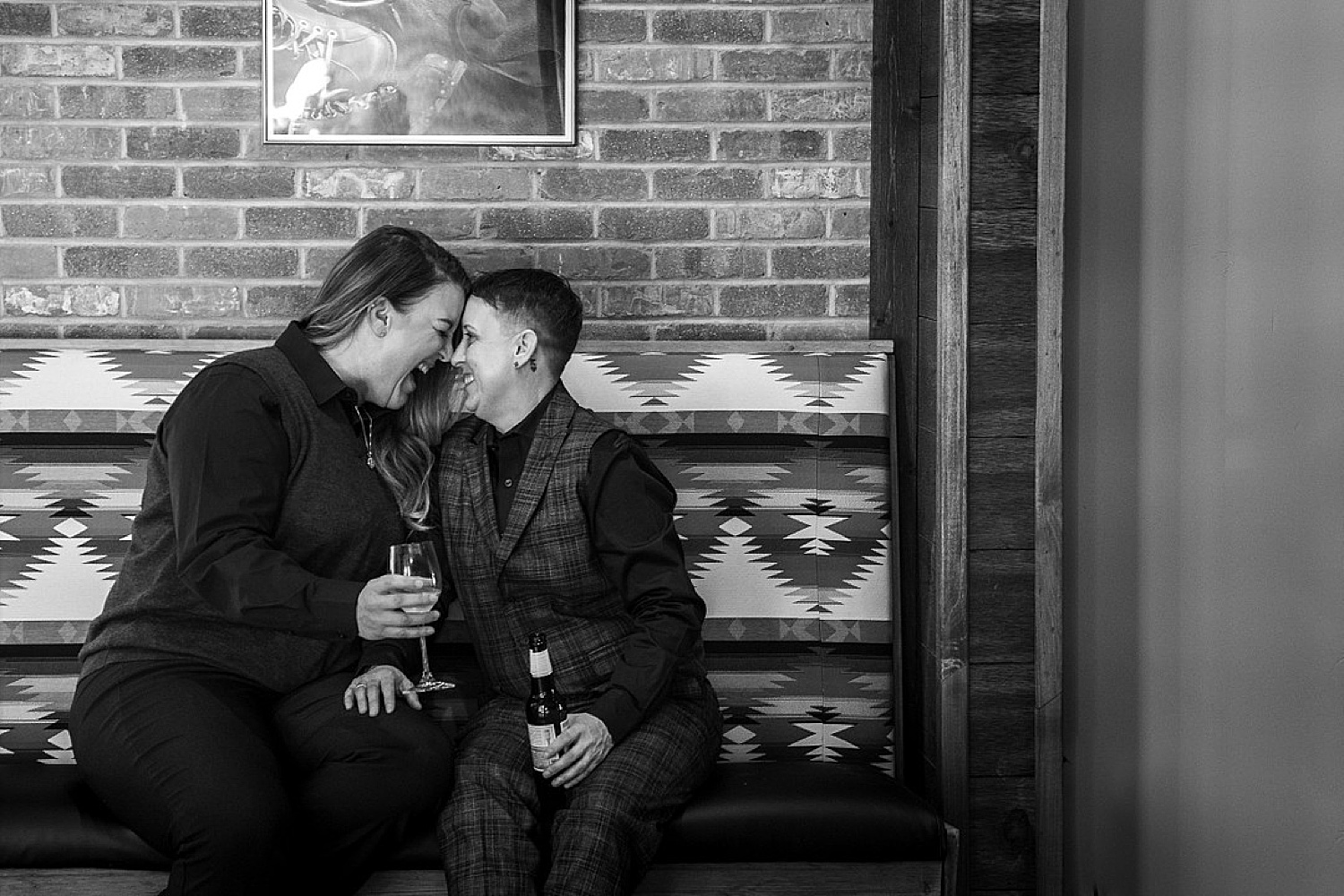 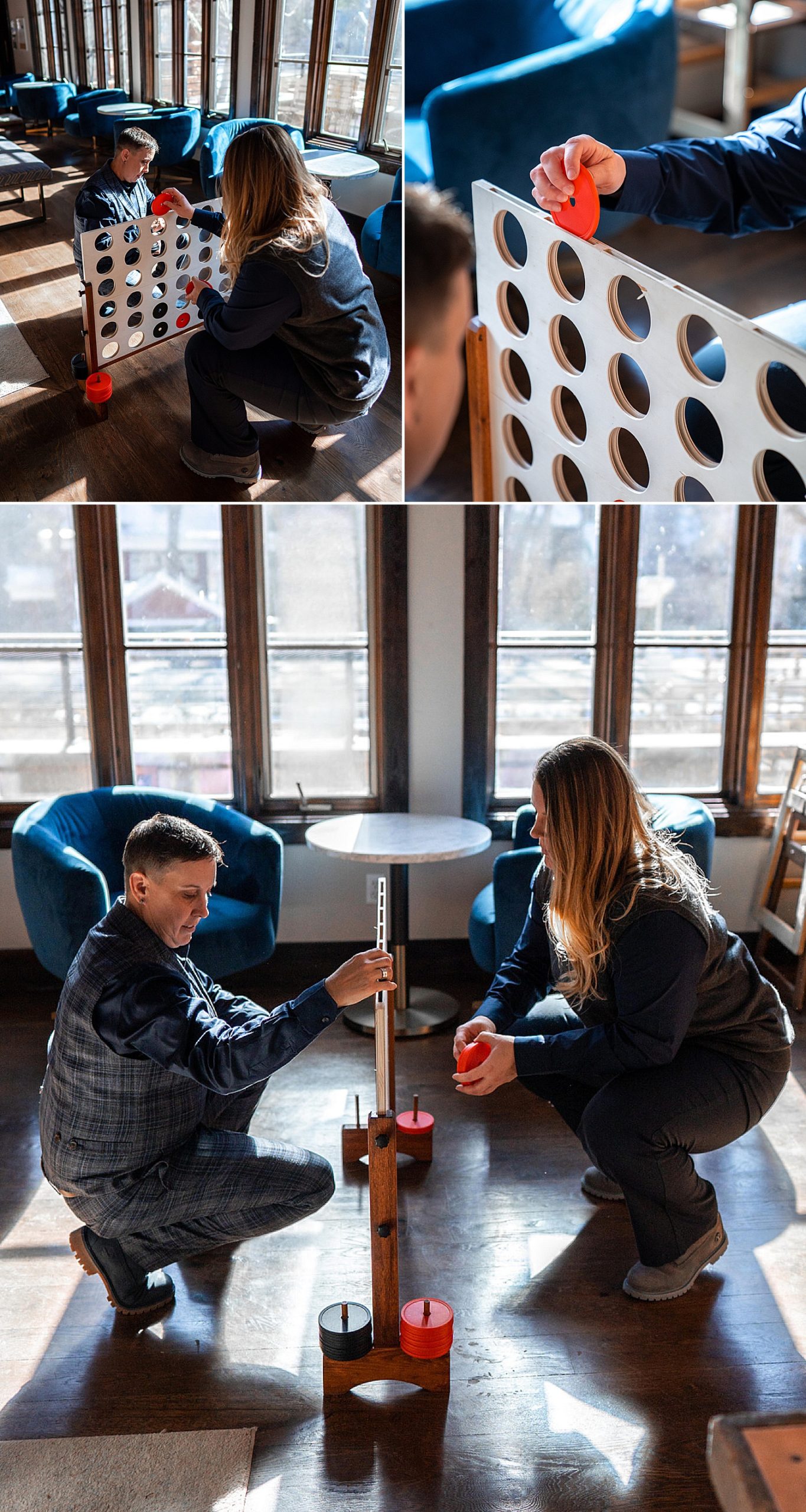 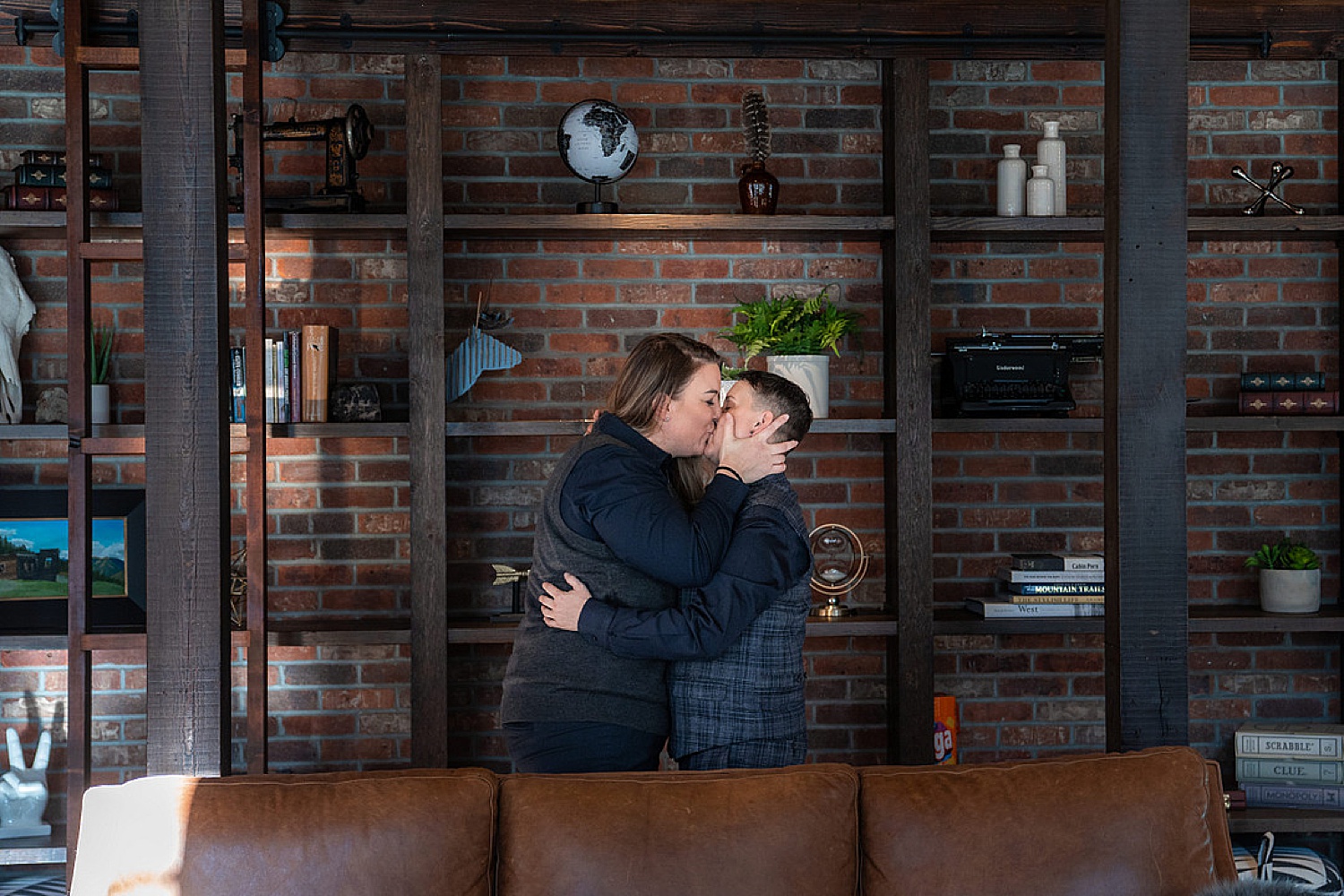 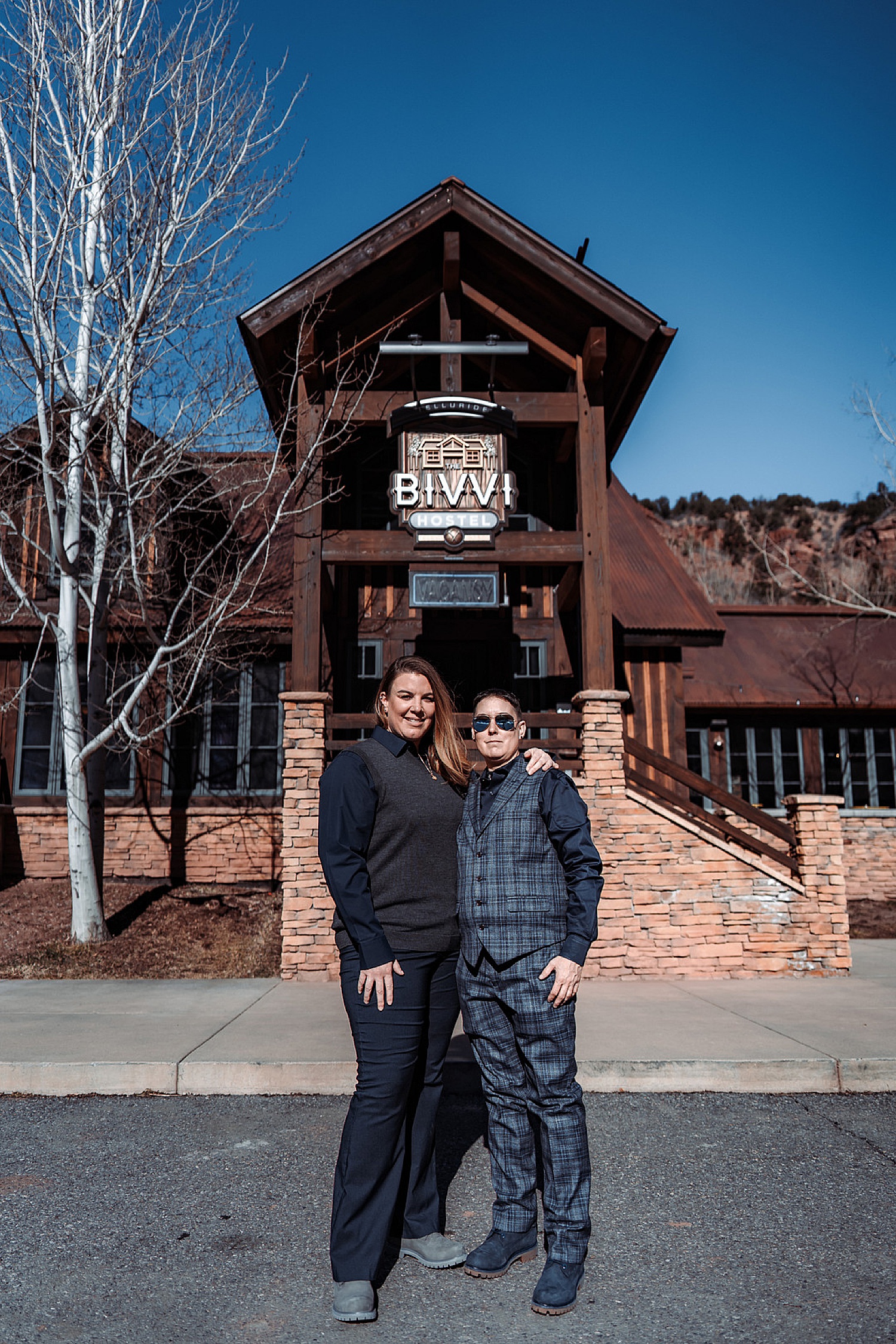 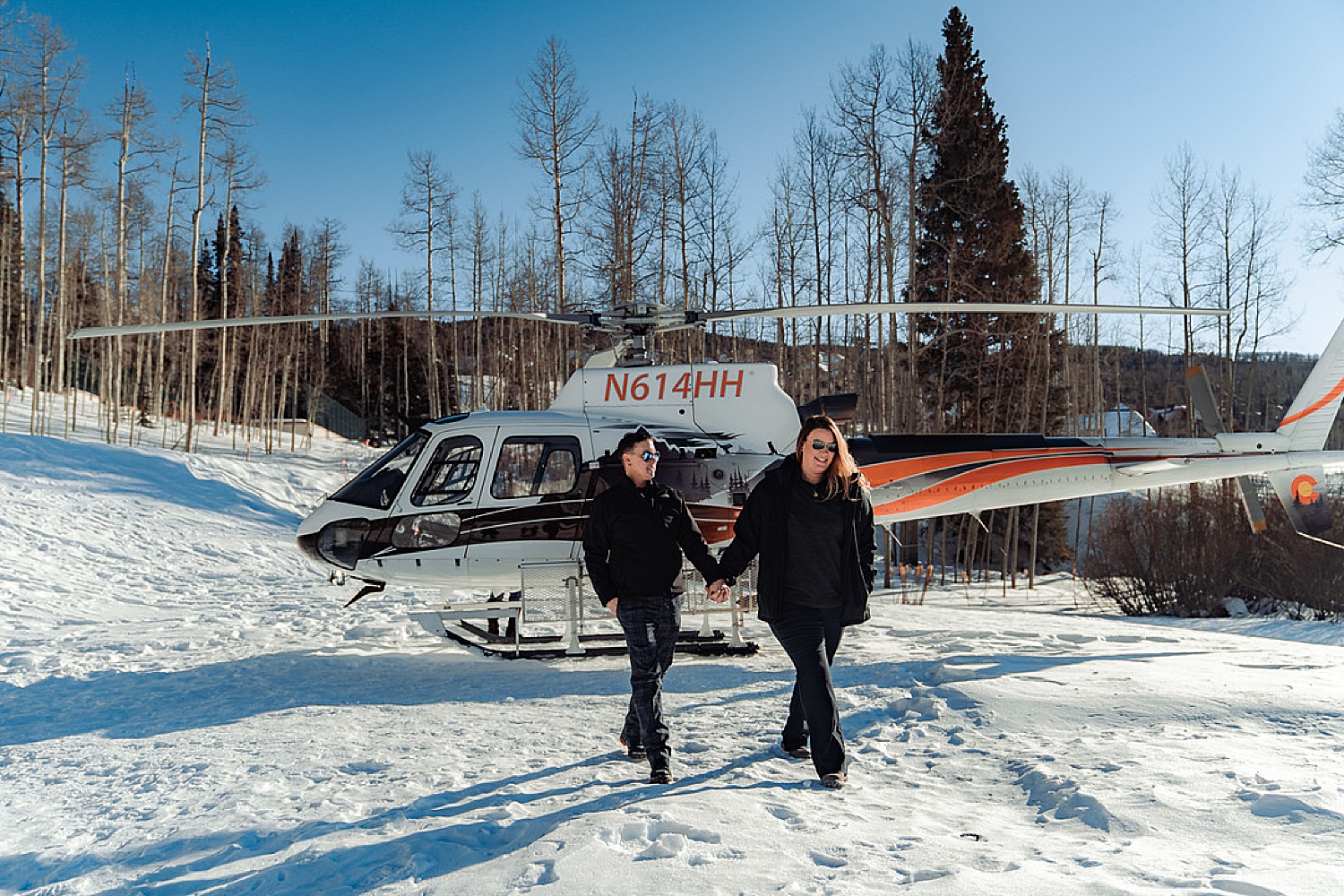 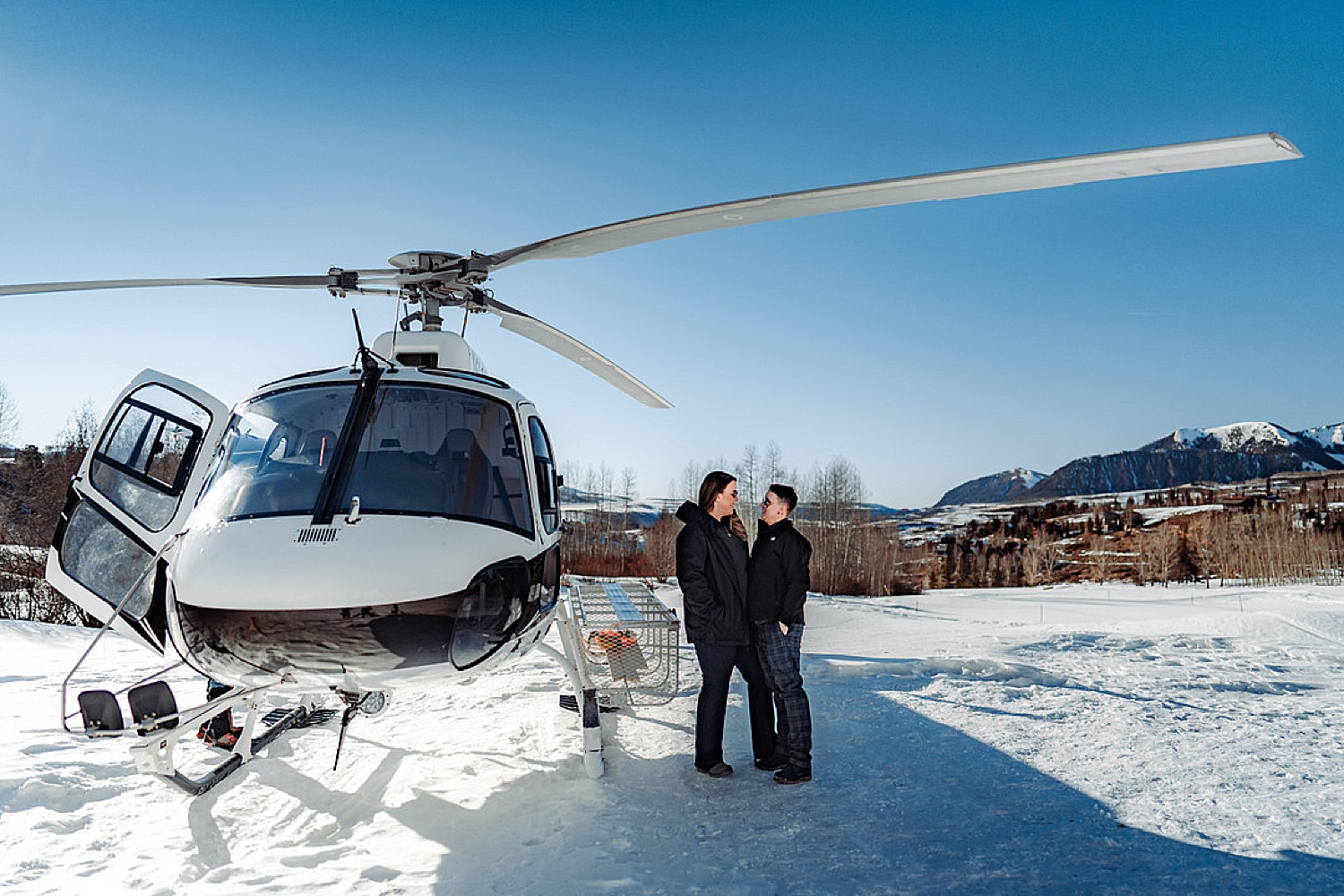 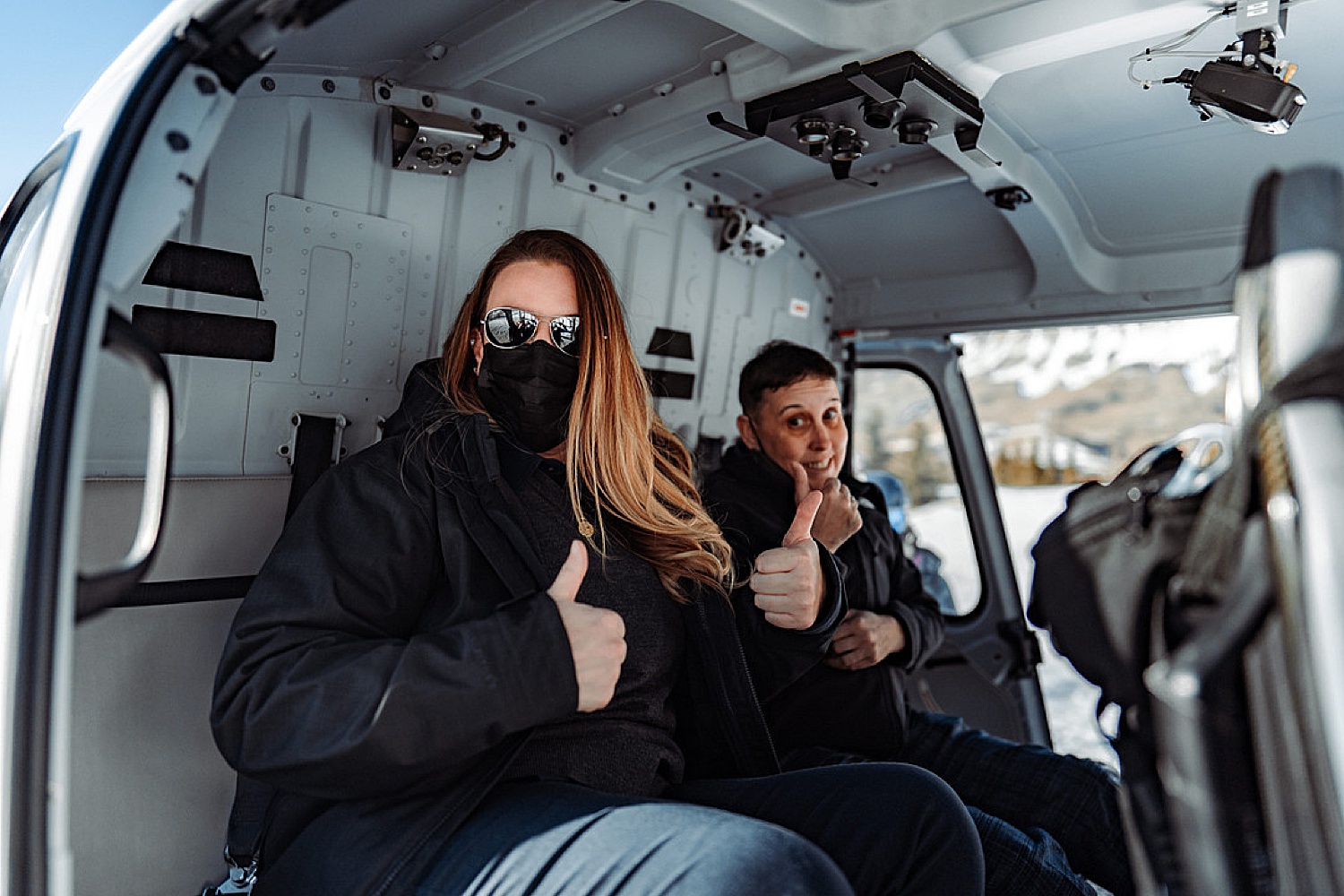 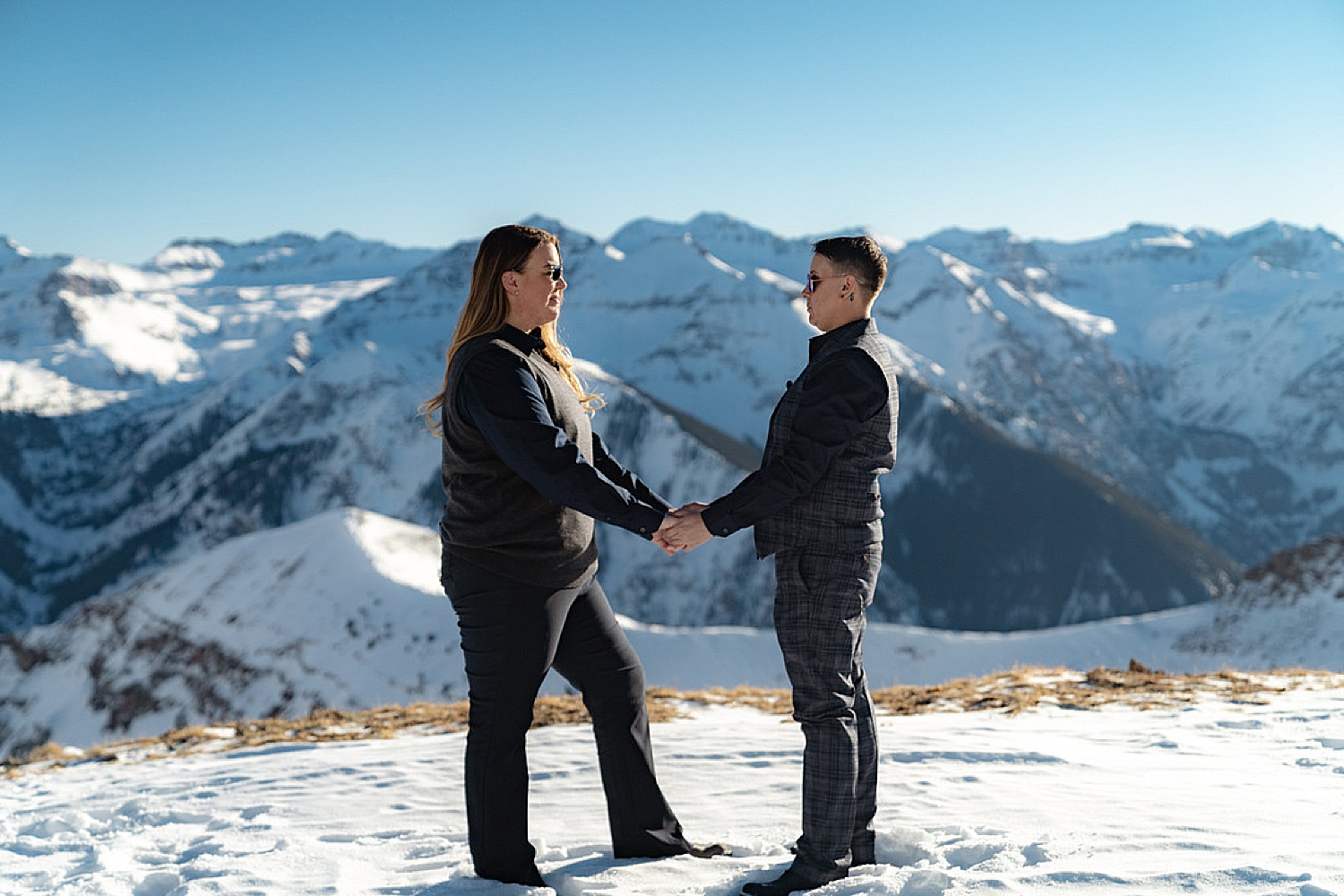 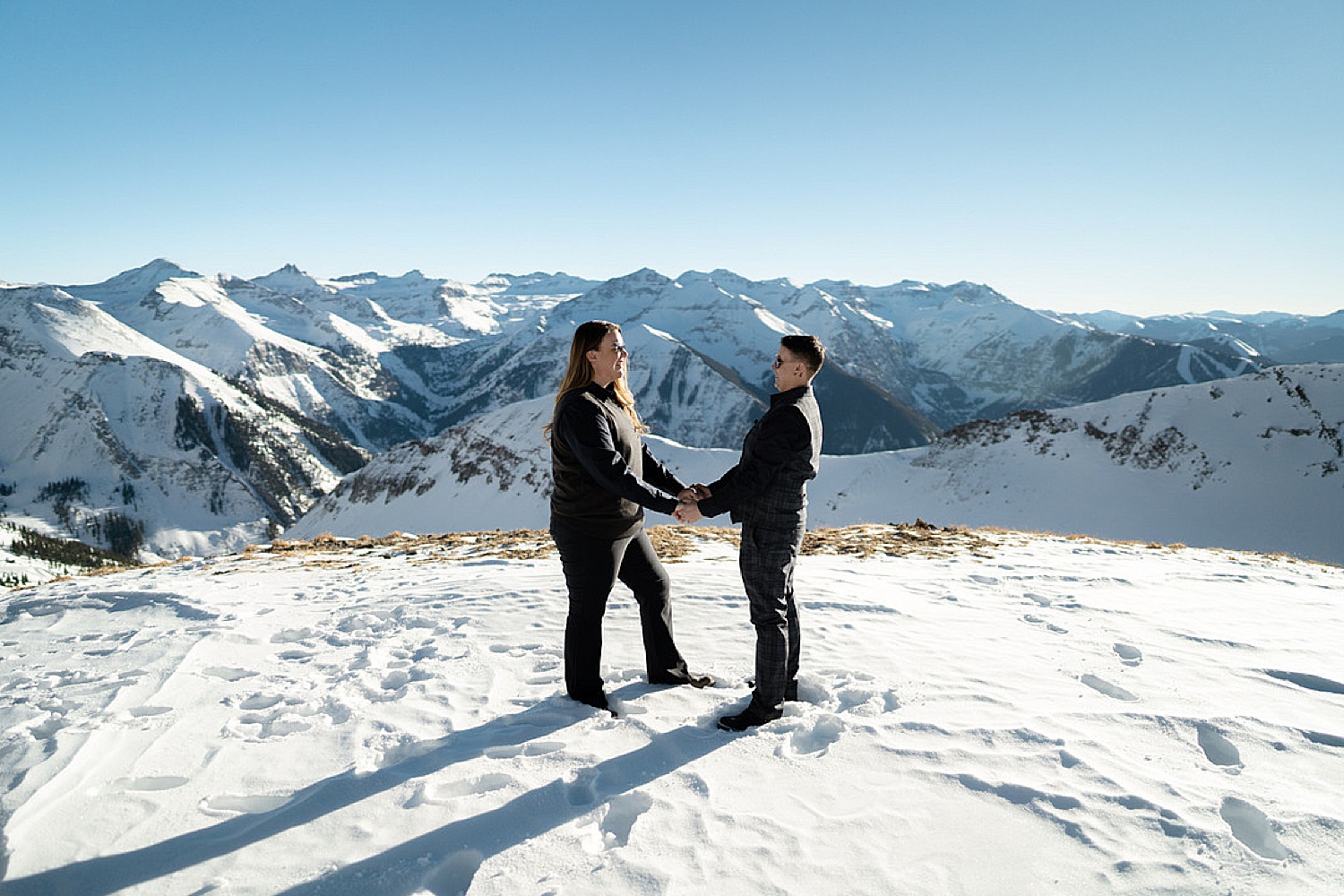 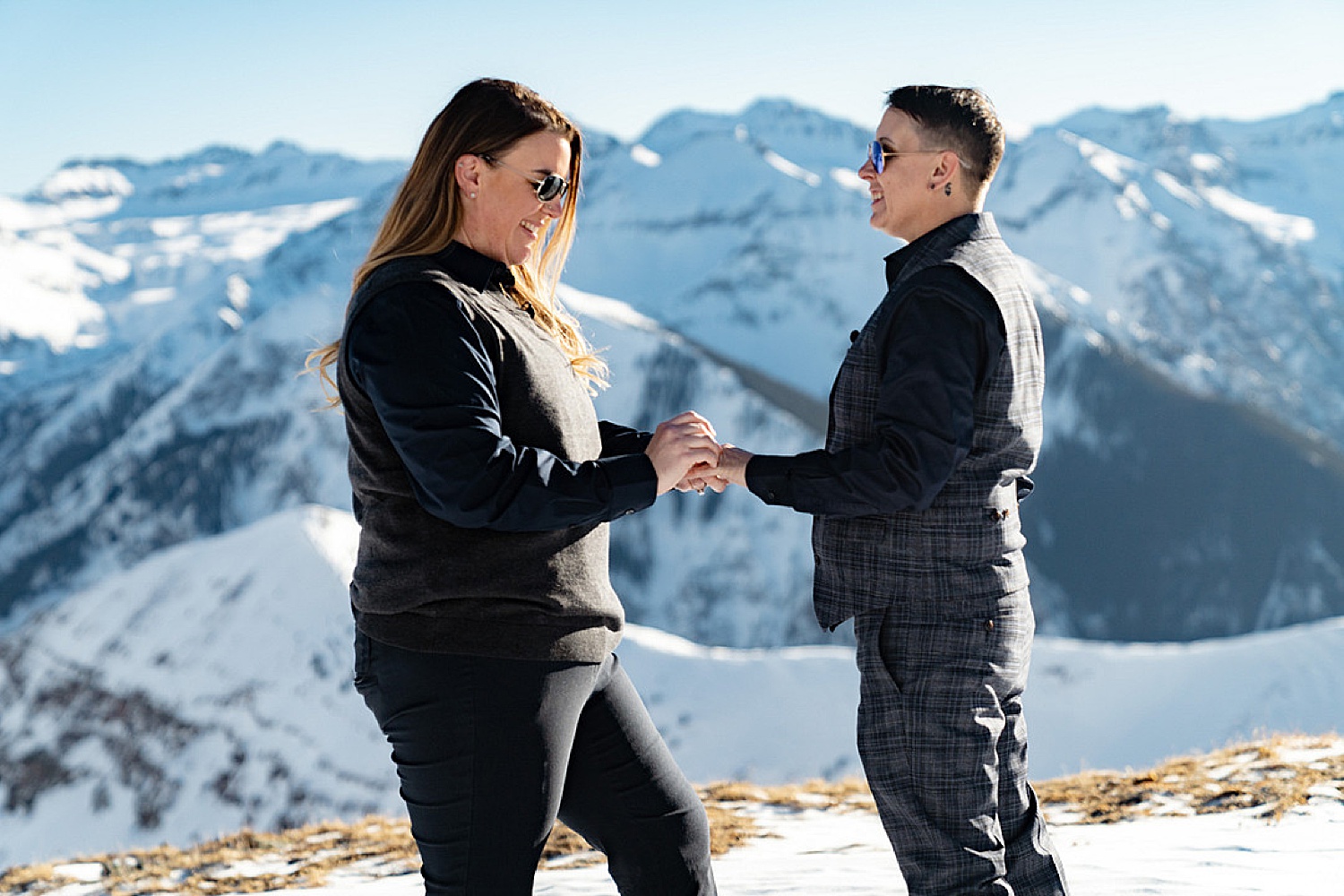 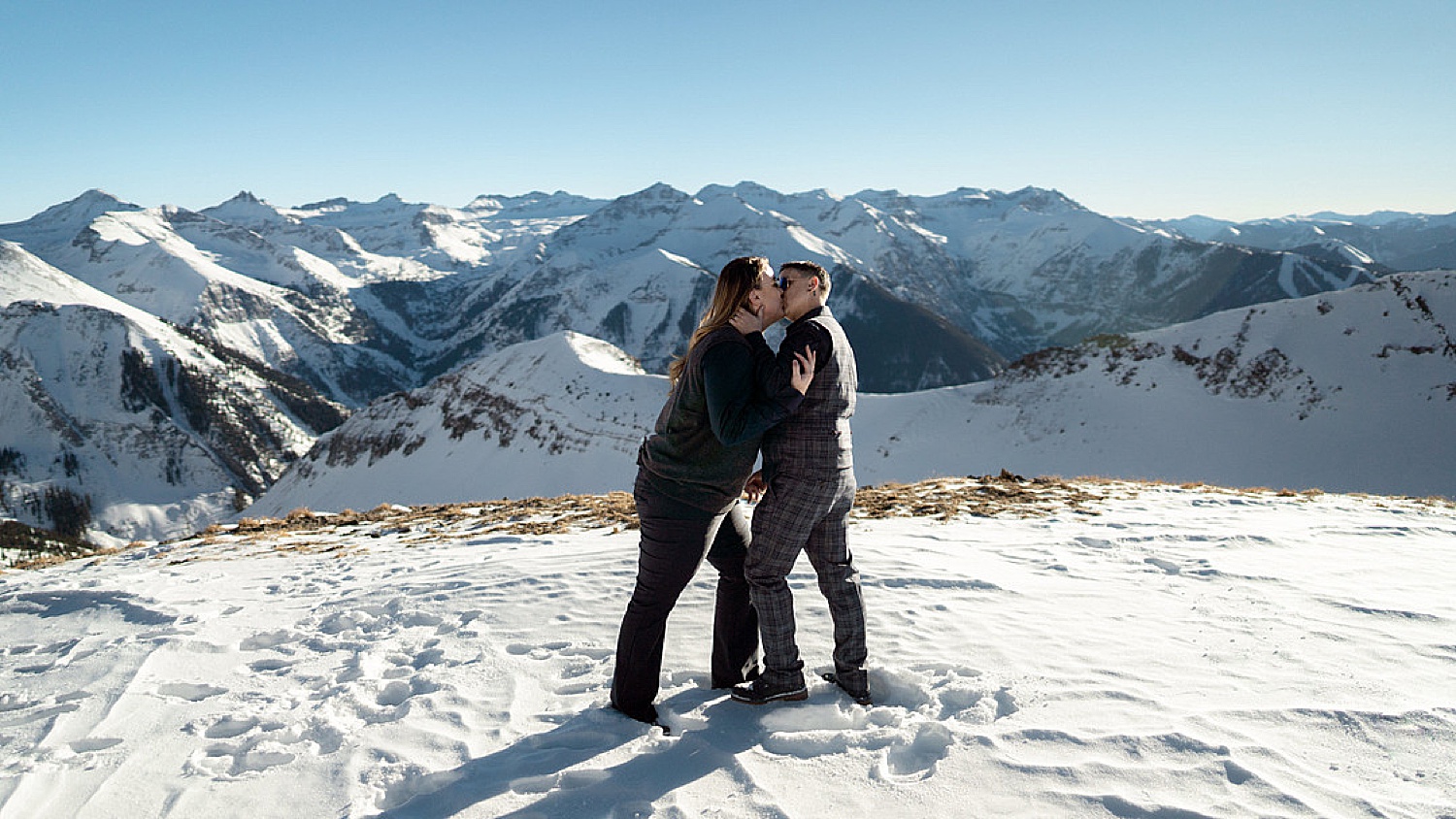 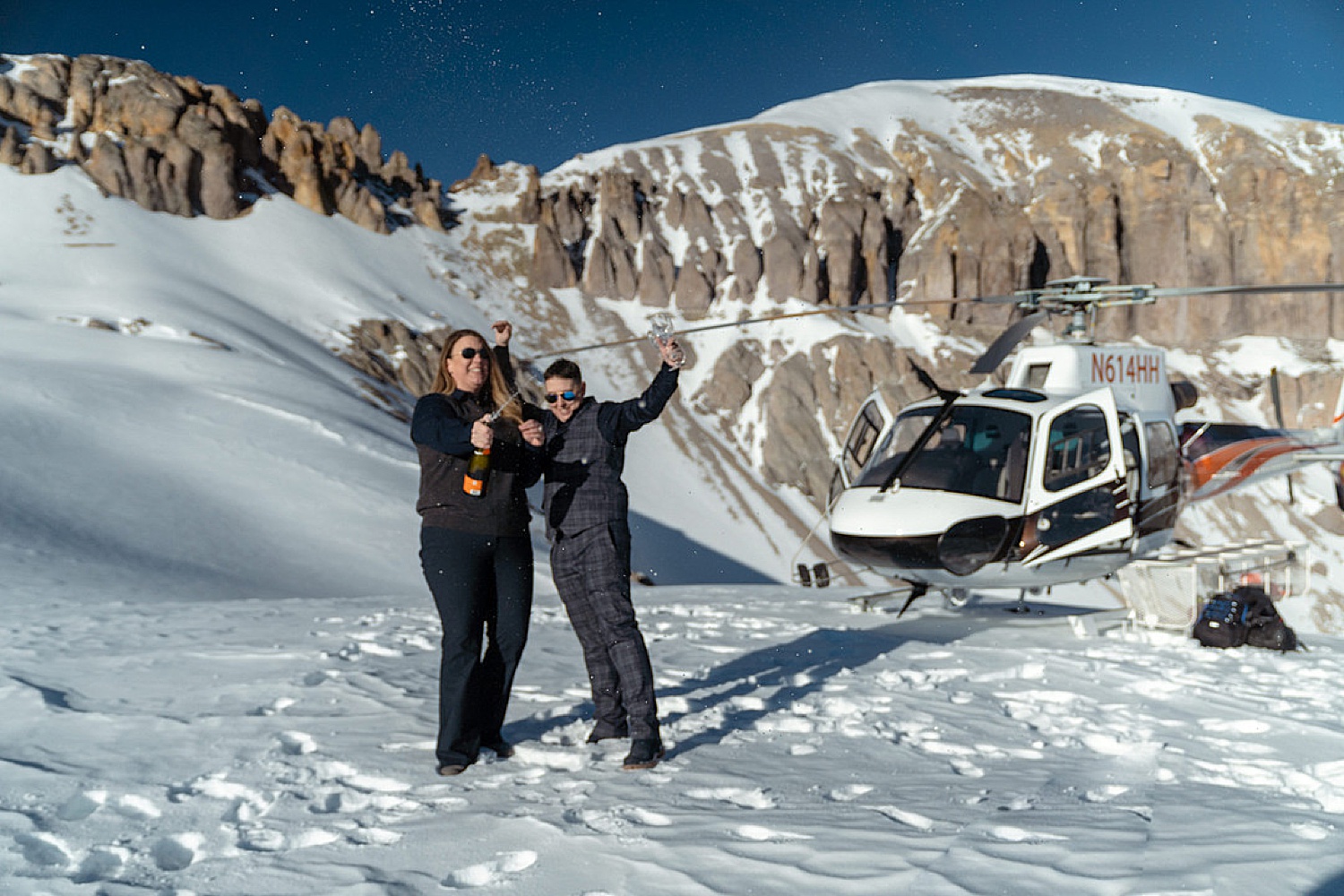 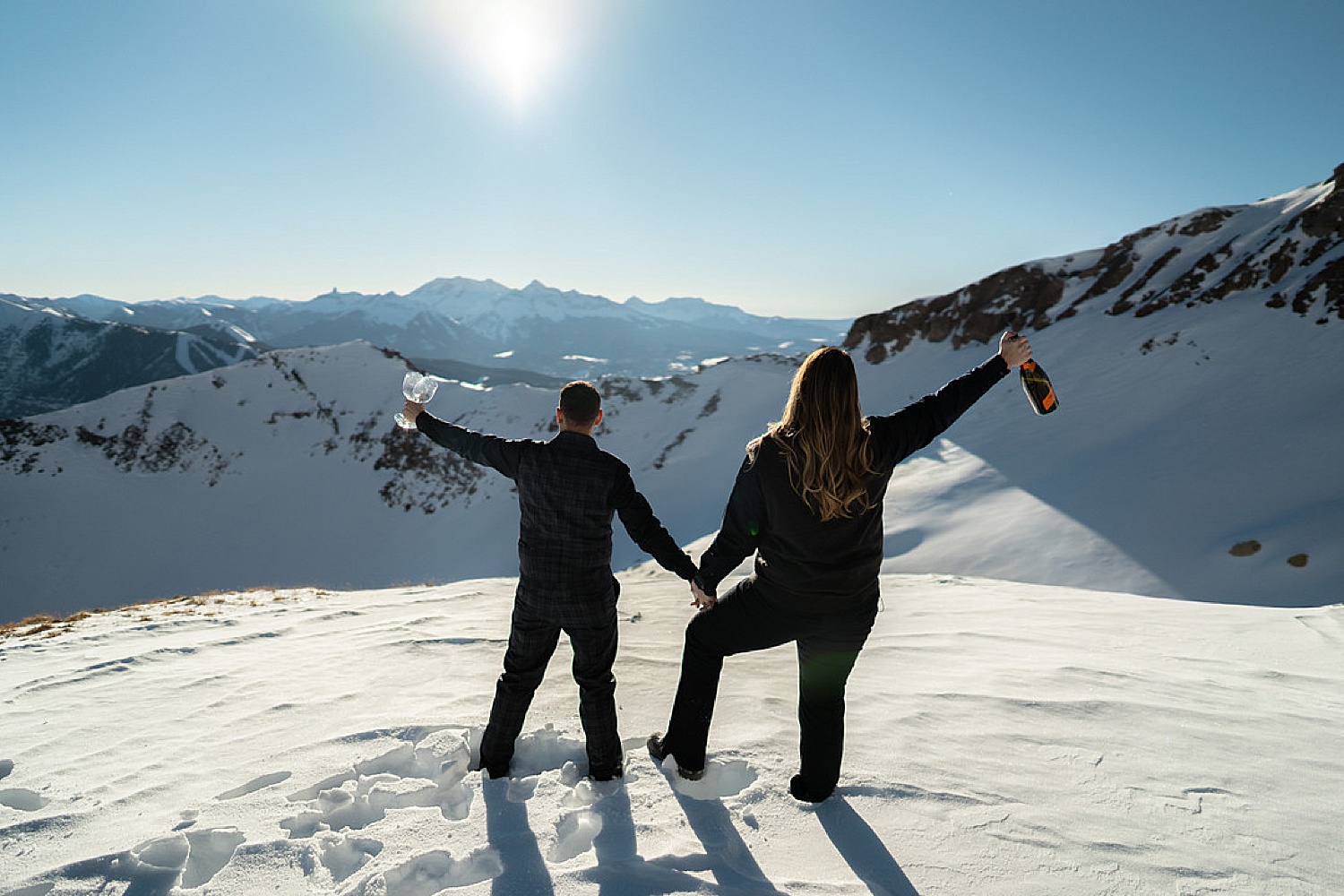 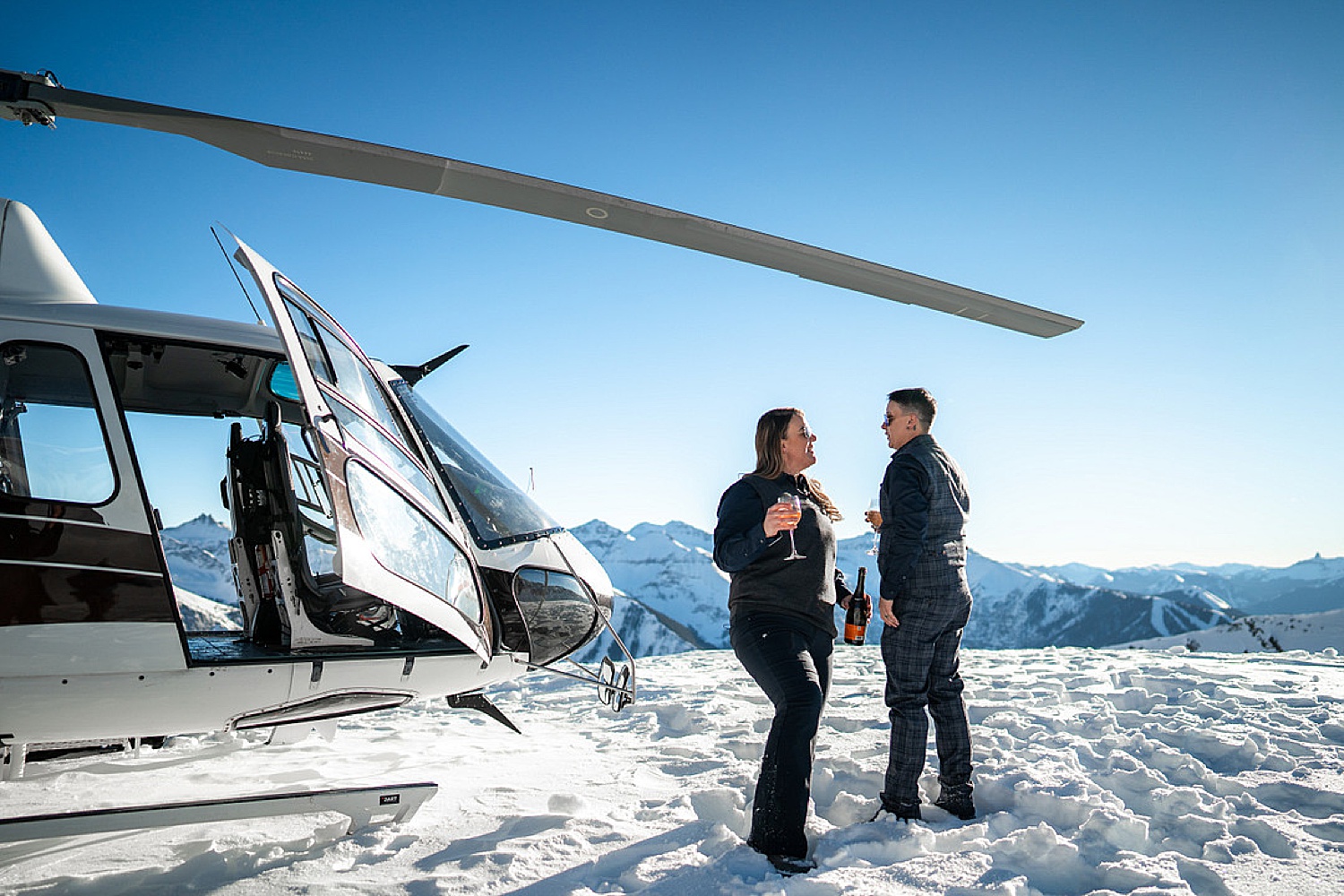 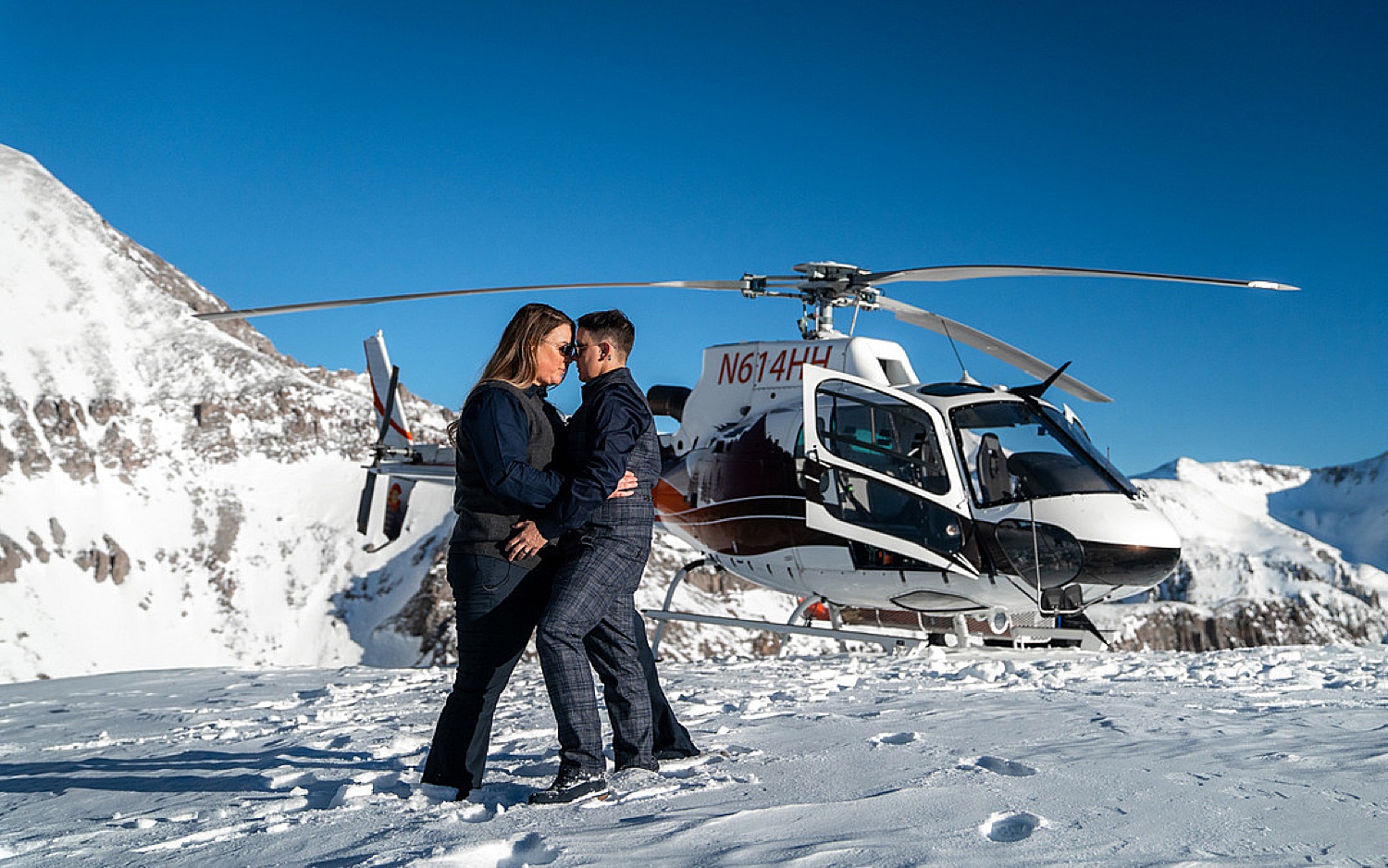 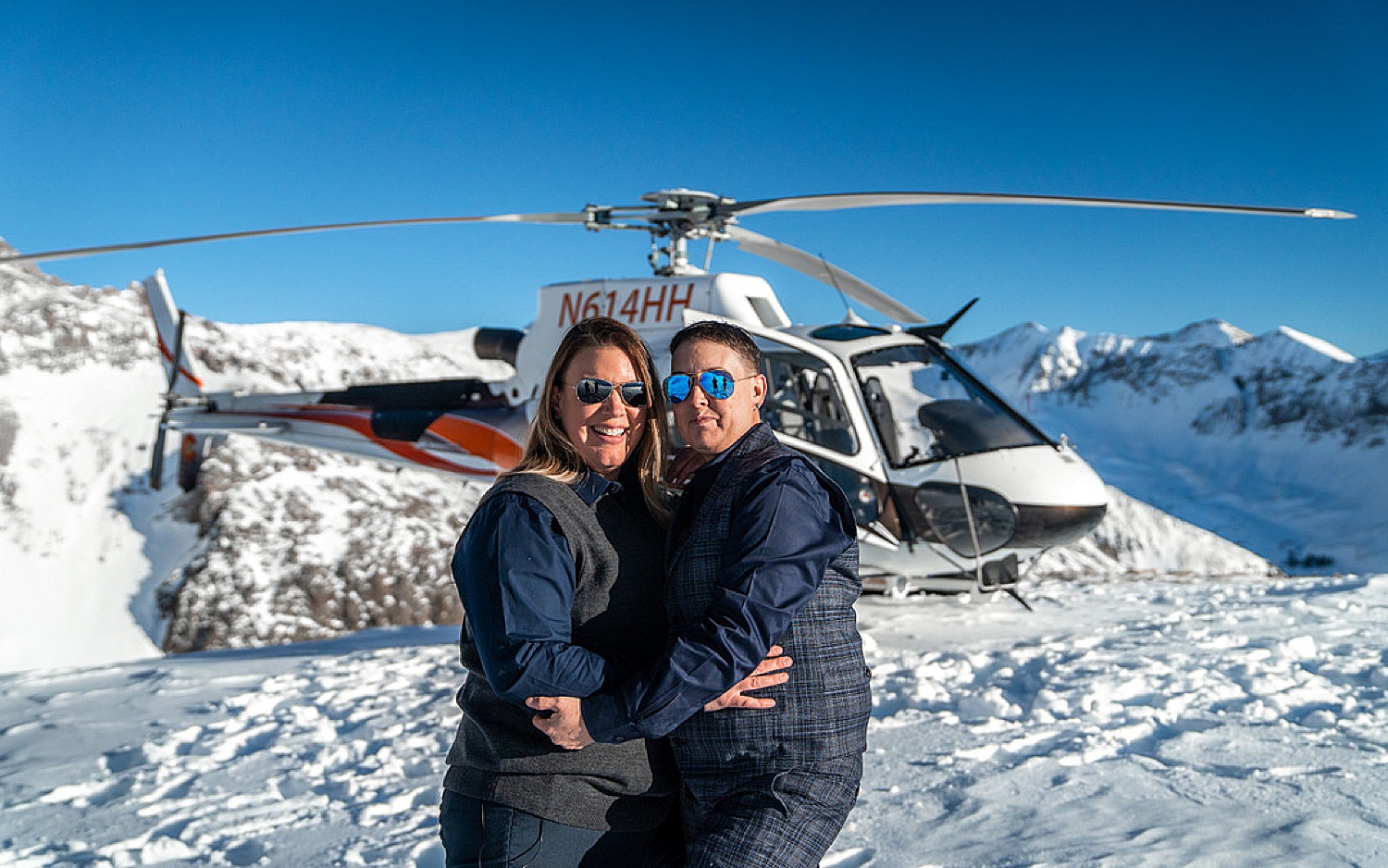 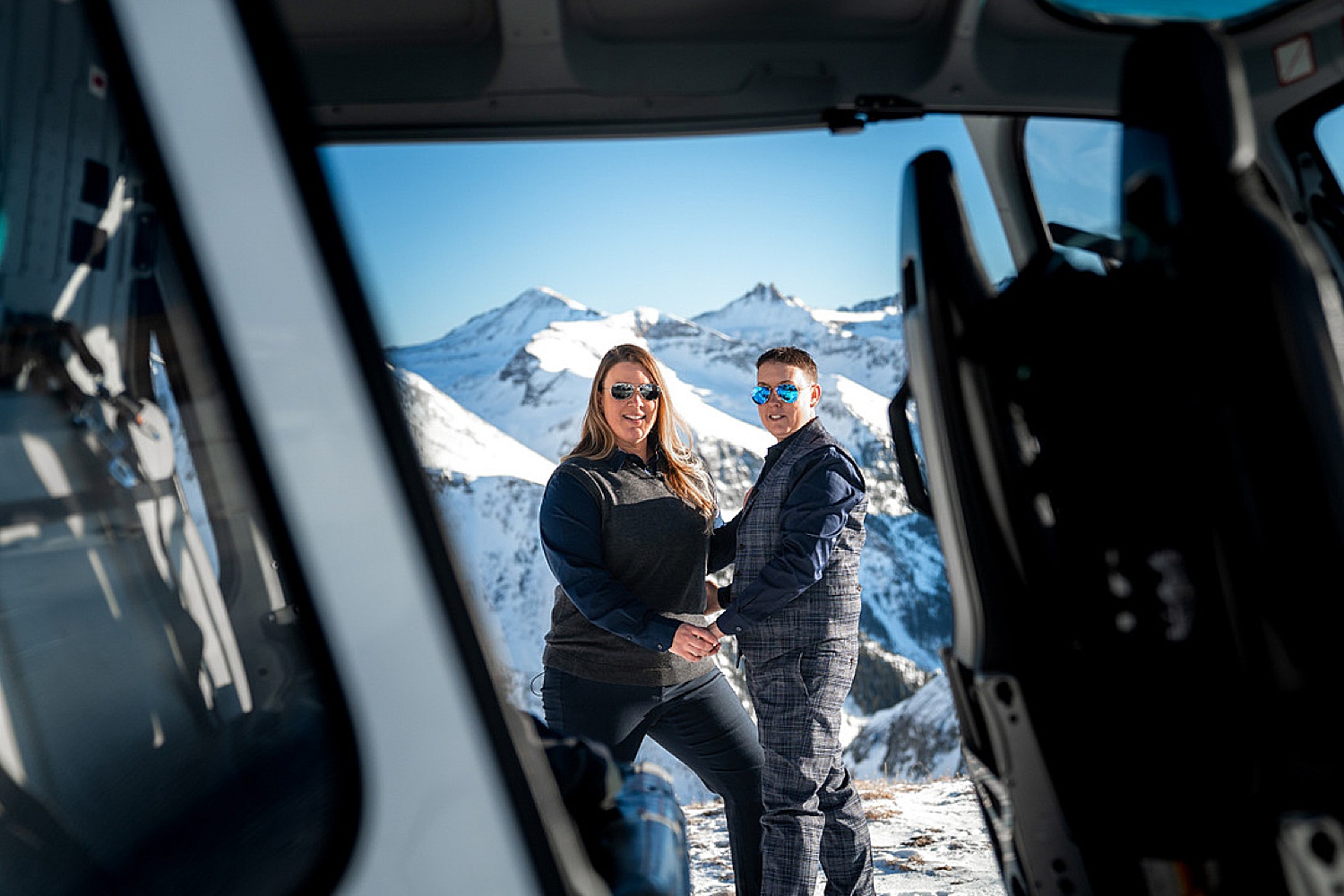 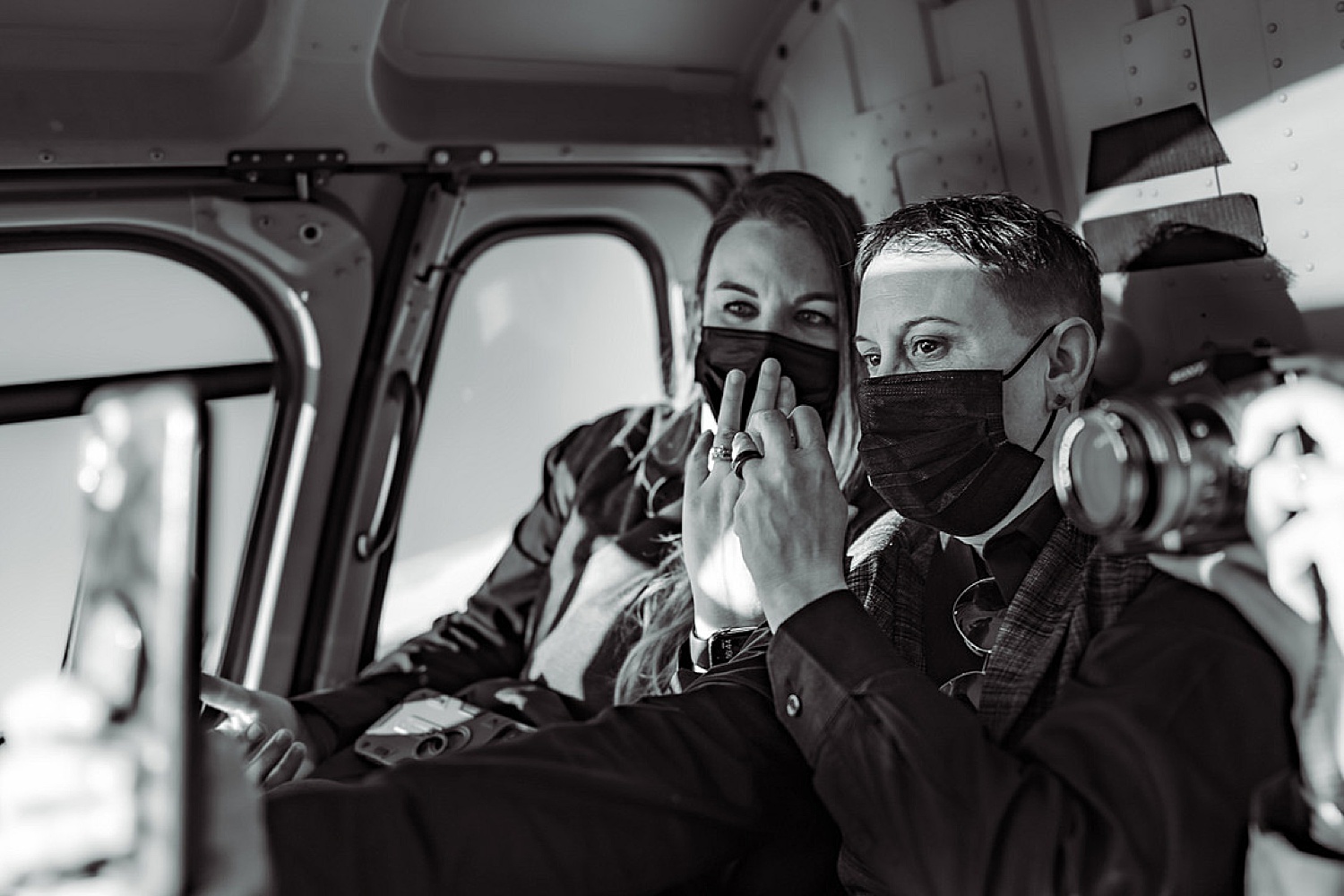