There has always been something so romantic to me about the idea of running (or flying in this case) to Paris to elope! I can’t wait until the day when that option is back on the table for everyone. But until then enjoy this beautiful pre-covid elopement of Sara and Matt. They flew over from California to say I do in Paris!

I was 18 when I met Matt. My friend’s boyfriend played hockey every Wednesday so we would go to watch. Matt played for another team but we eventually met through mutual friends. Going to Wednesday night hockey games became a regular outing after that and the rest is history.

We were in California for vacation, when Matt proposed.

(From Matt) I brought the ring with me of course, which was difficult to keep concealed for the majority of the trip. I had originally planned to propose when we were driving down highway 1 along the California coast on the beach at sunset. Unfortunately that vision never came to, as the perfect location had too many tourists or the sun had already set. Now in Los Angeles and the trip coming to an end, I knew I had to act fast. We visited the Griffiths Observatory at sunset, and I finally got the courage to propose when we were alone on an off beat path in the hills.

We always wanted to elope and would joke about it even before we we’re engaged. Once we we’re engaged, the pressure to have a traditional wedding was present and we even entertained the idea. After two years of being engaged and no wedding plans in our future, we decided to elope when we were on vacation in Europe. The vacation was already planned and with 2 months before take off we started to plan our elopement.

With our wedding being two months away, I knew I couldn’t be picky when it came to my wedding dress. I’m a plain jane so I didn’t want anything extravagant. I liked the simple elegance of my gown. It has a little lace on the back with a small laced train which added a little something but nothing that was over the top.

I (Sara), essentially pinterested Matt’s outfit. I didn’t know if he would go for the pink, but to my surprise, he loved it! He actually became very particular when it came to the shade of the “blush” pink he was going to wear.

The first look was my favourite part of the wedding day. I already knew what Matt was already wearing/looked like so I was excited for him to see me. We rented a large apartment so we were able to get ready without seeing each other. We did our first look in the courtyard of the apartment building. It was perfect!

To be honest, I hate being the centre of attention so having a traditional wedding didn’t seem appealing to me! Weddings can also become a day for everyone else, appeasing to traditions or other’s ideas on how your day should be. Eloping in Paris, meant the day was all about us!

Our advice is: Just do it! Don’t worry about what your friends and family will say. It’s your life and you’ll be surprised on how accepting and happy people will be for you.

After the wedding, we spent four more days in Paris then headed to Amsterdam and Iceland before heading home. 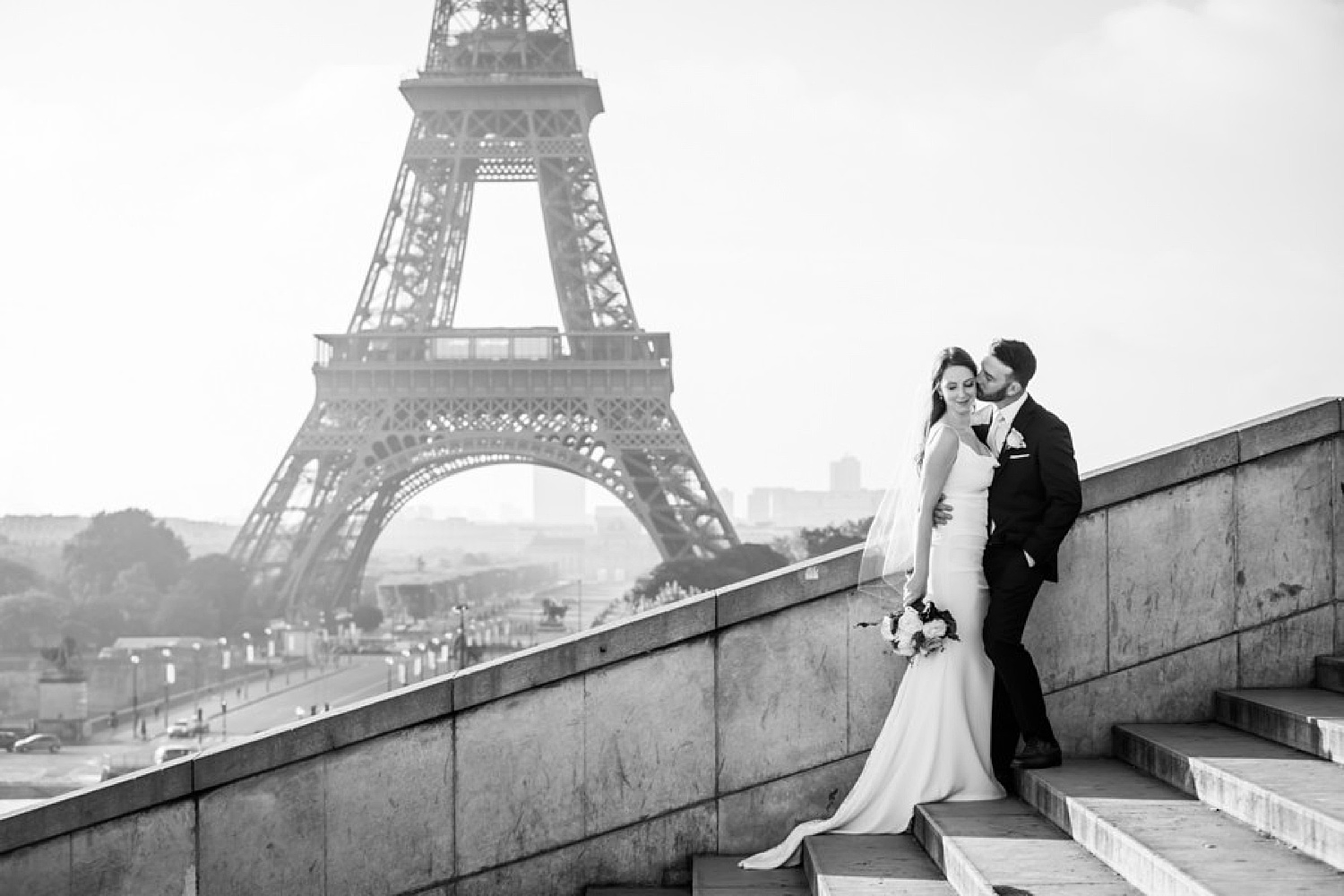 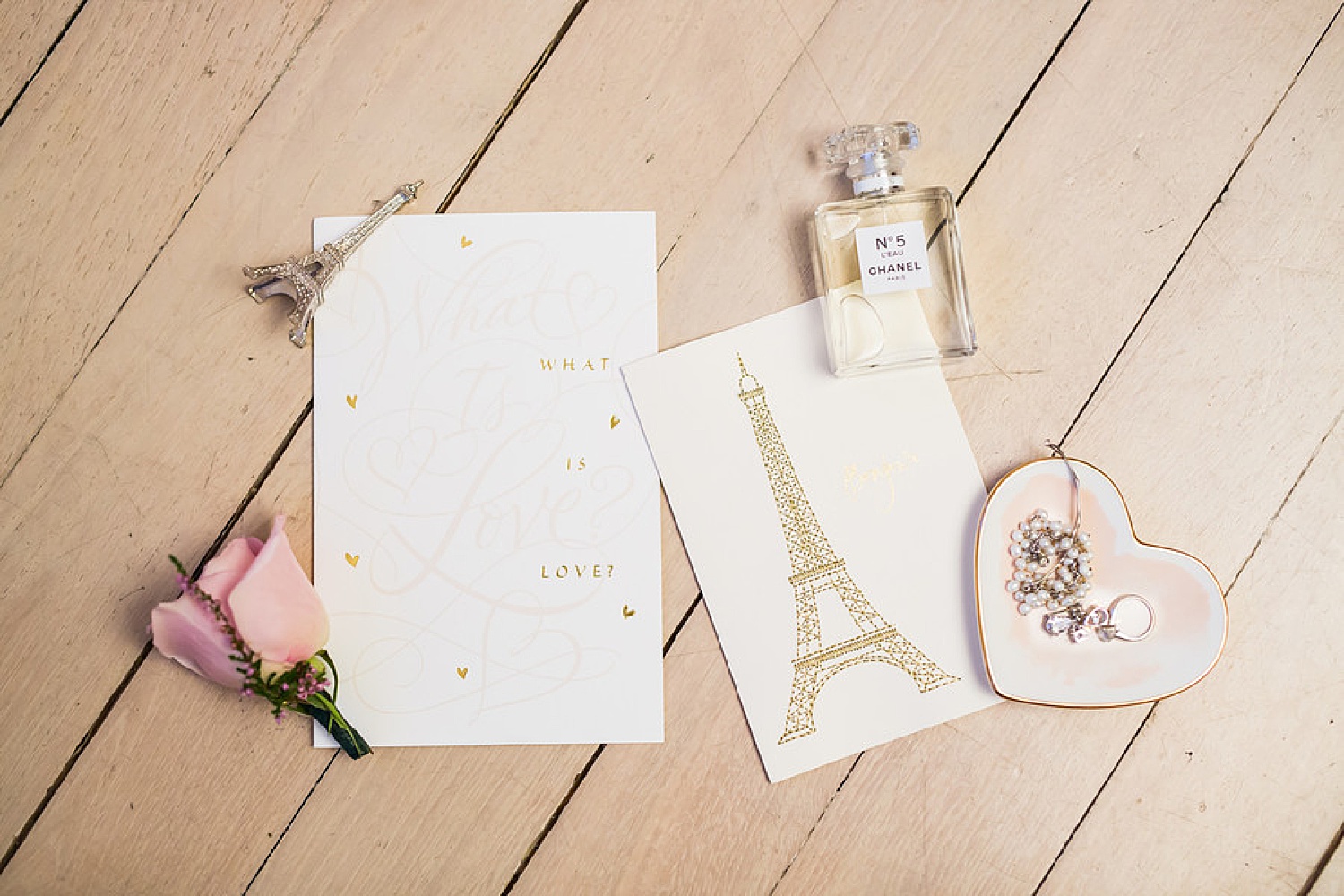 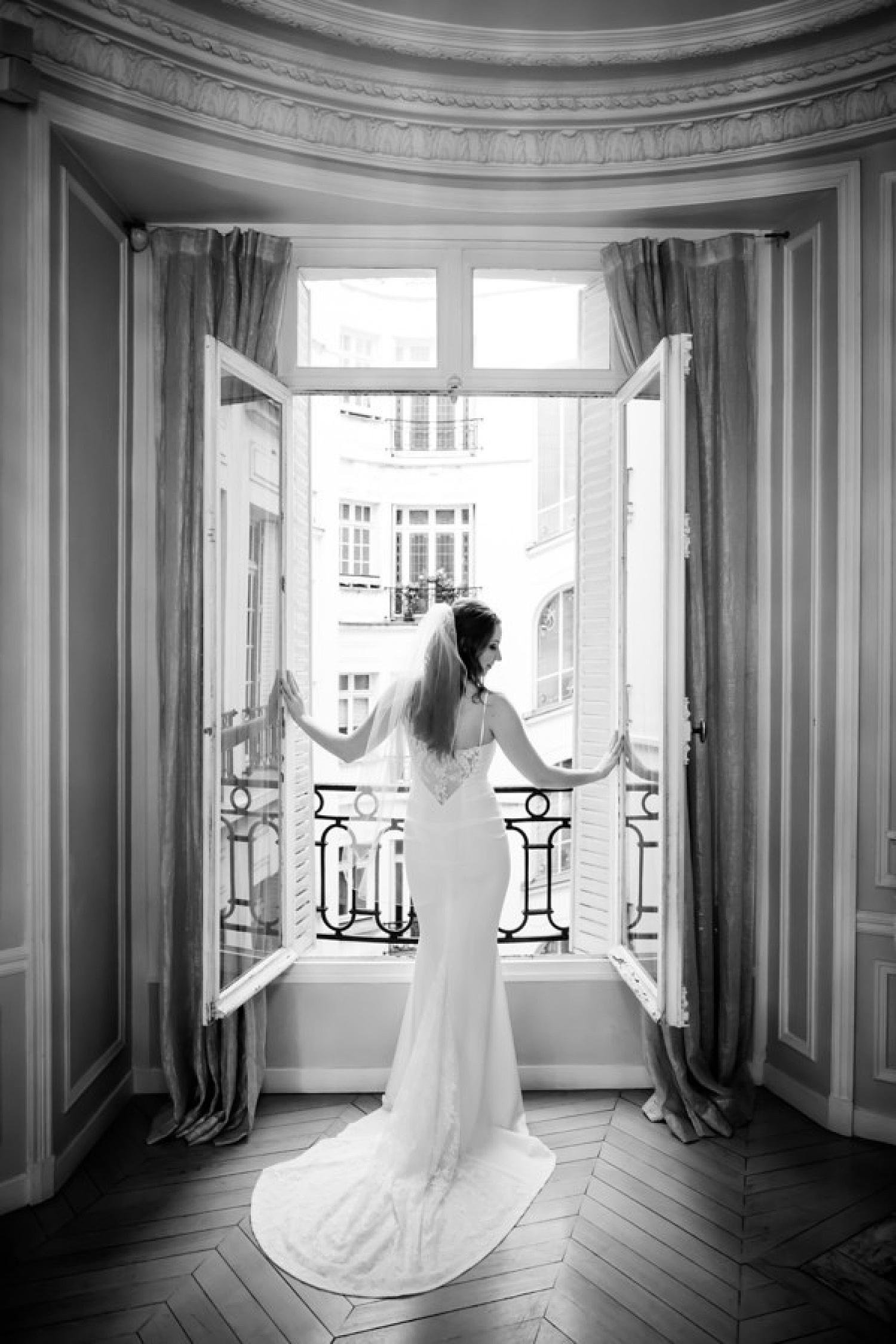 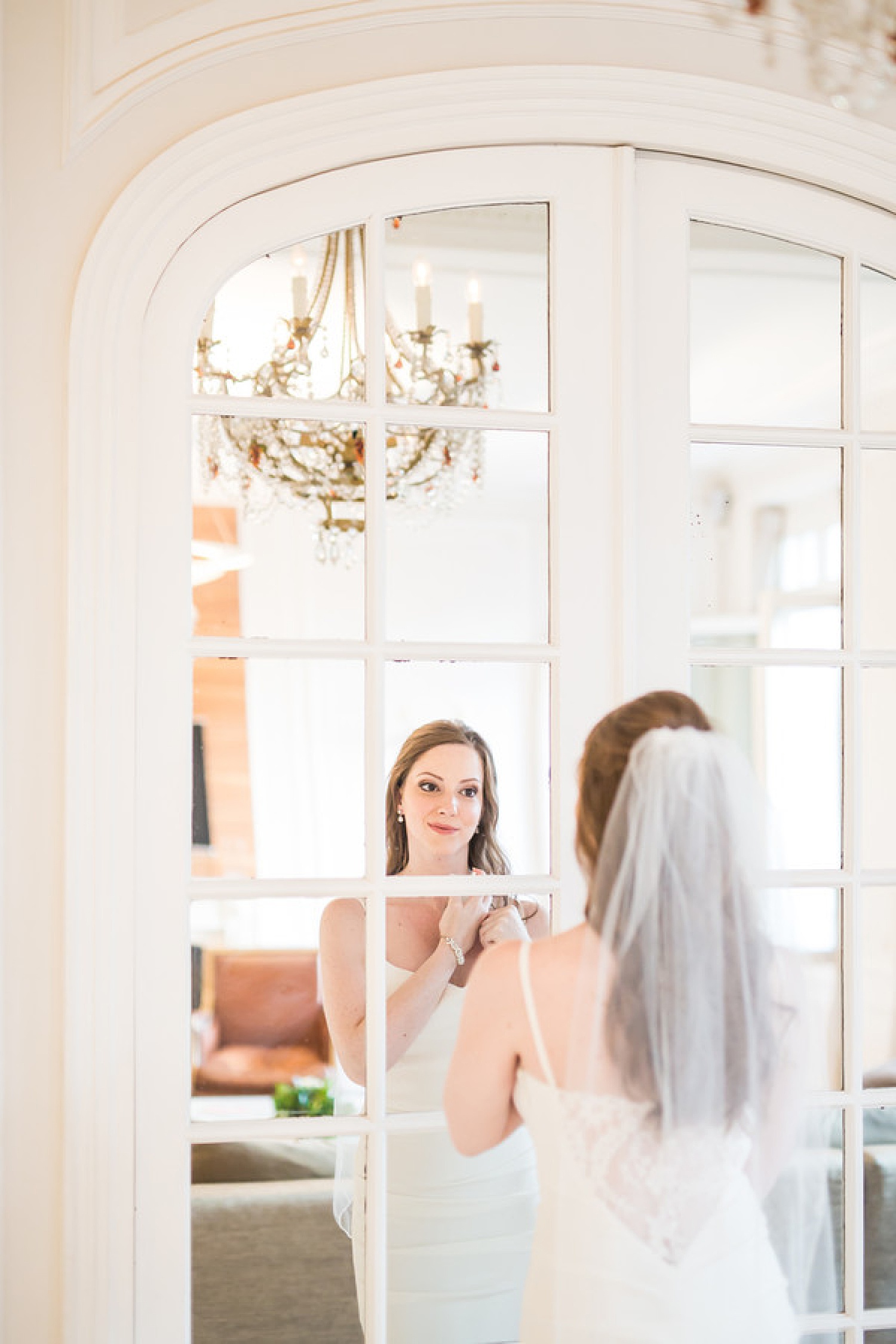 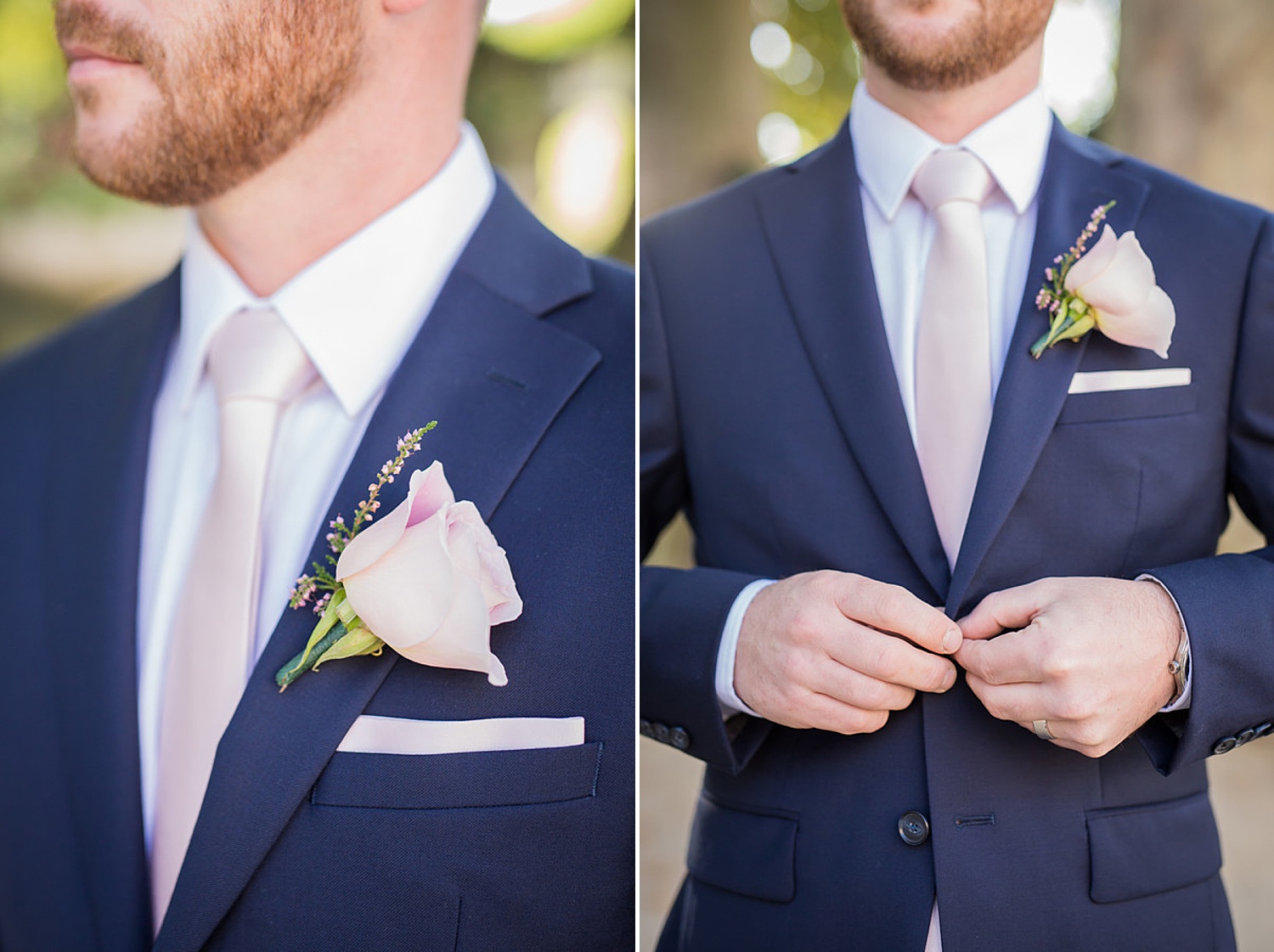 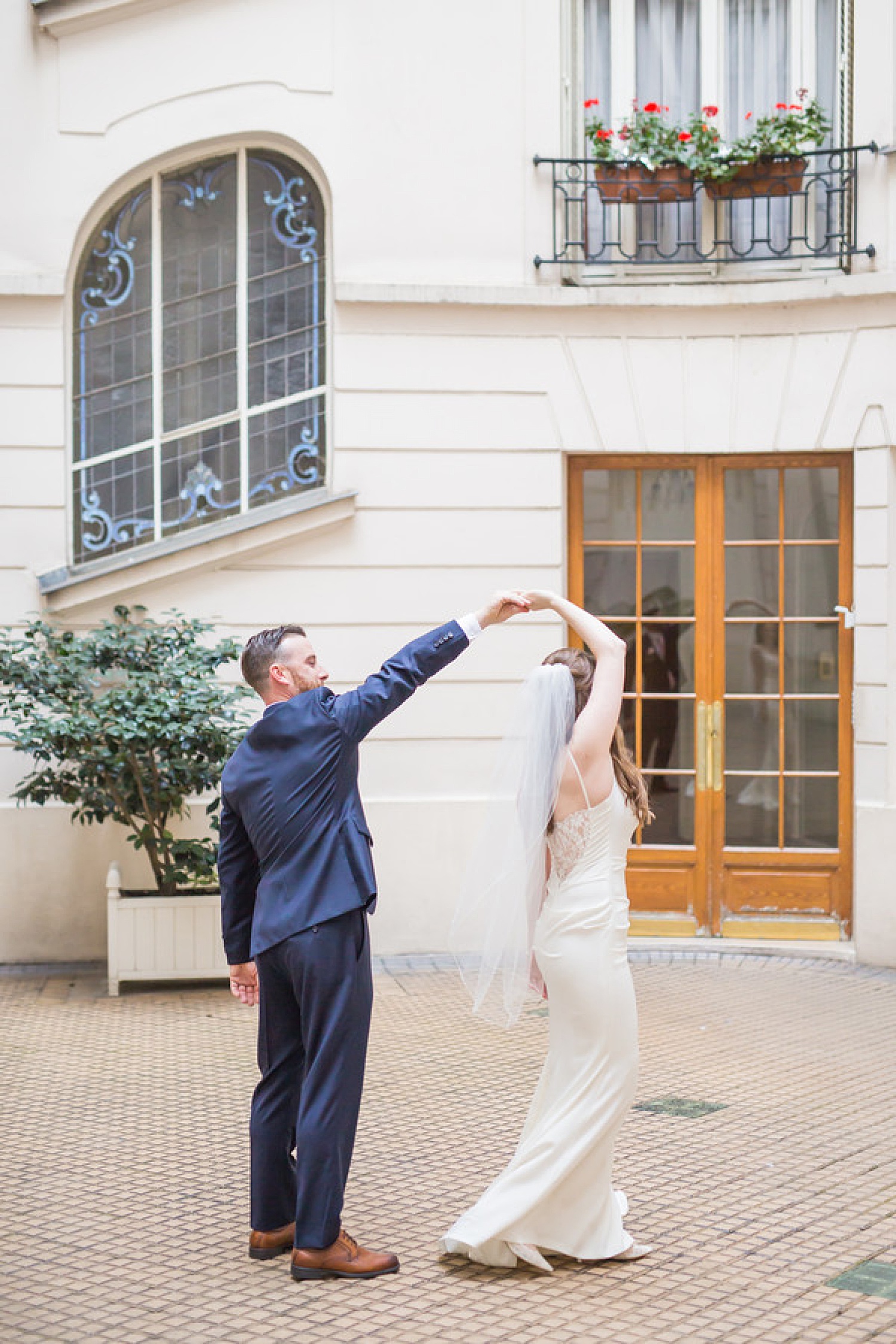 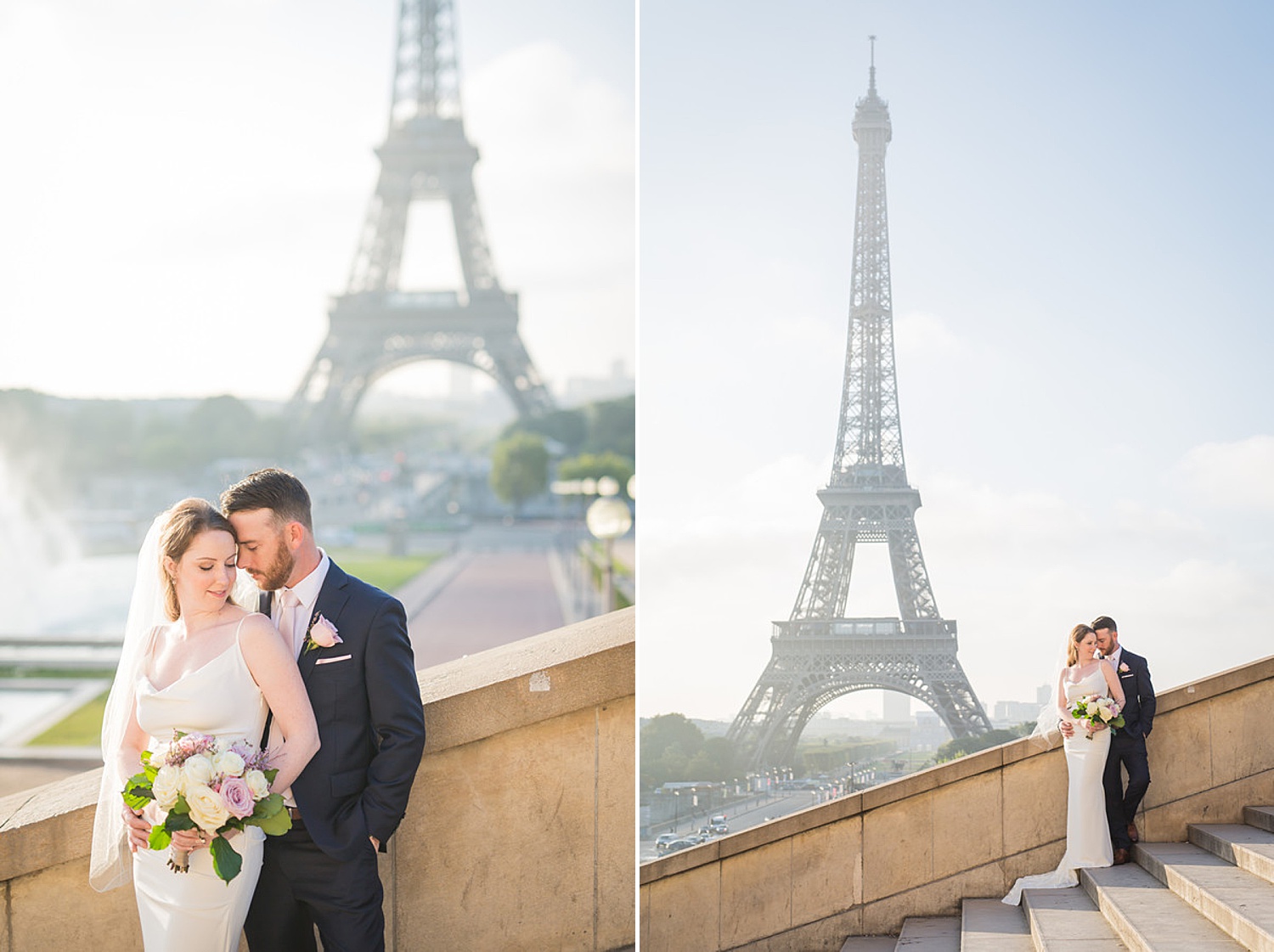 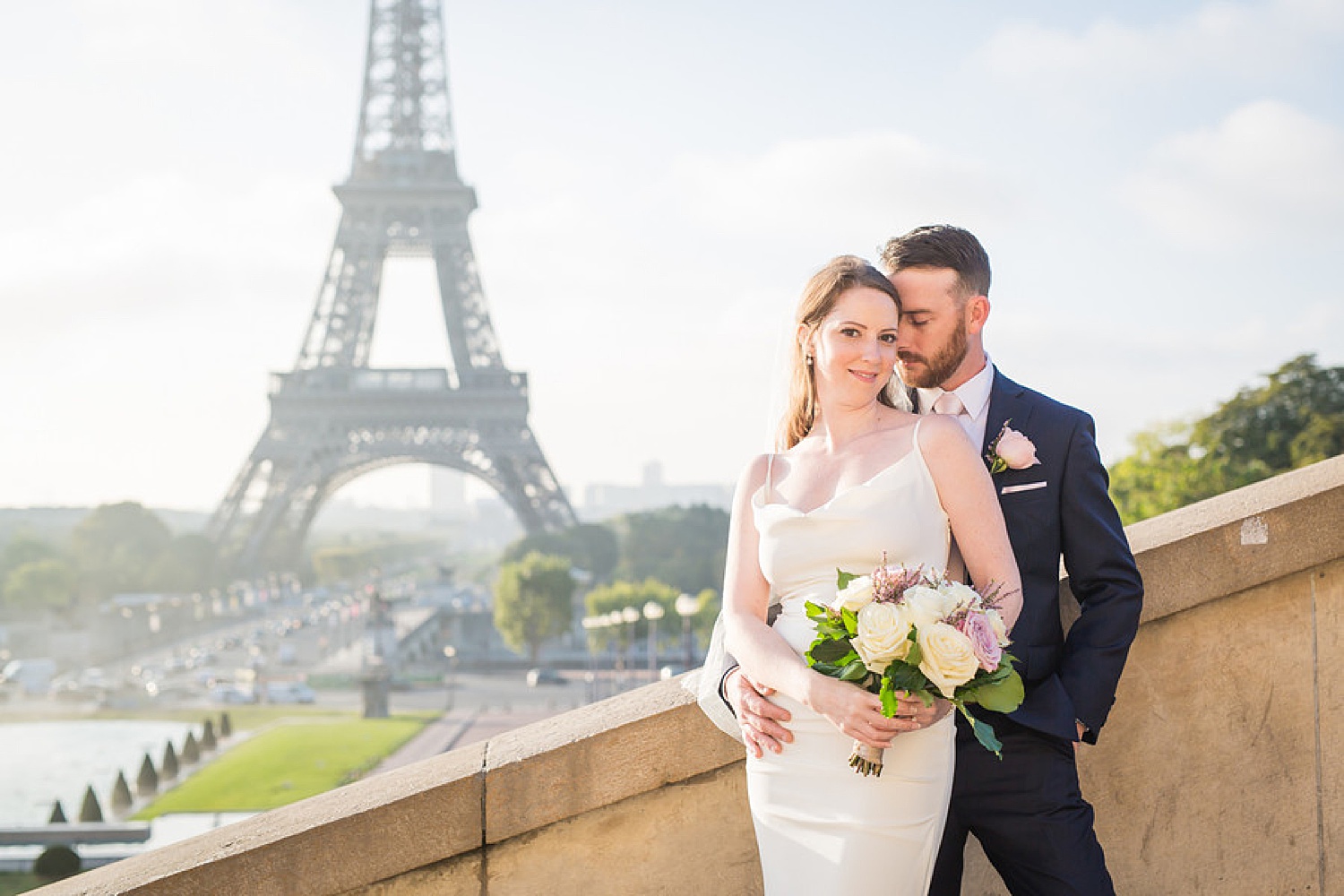 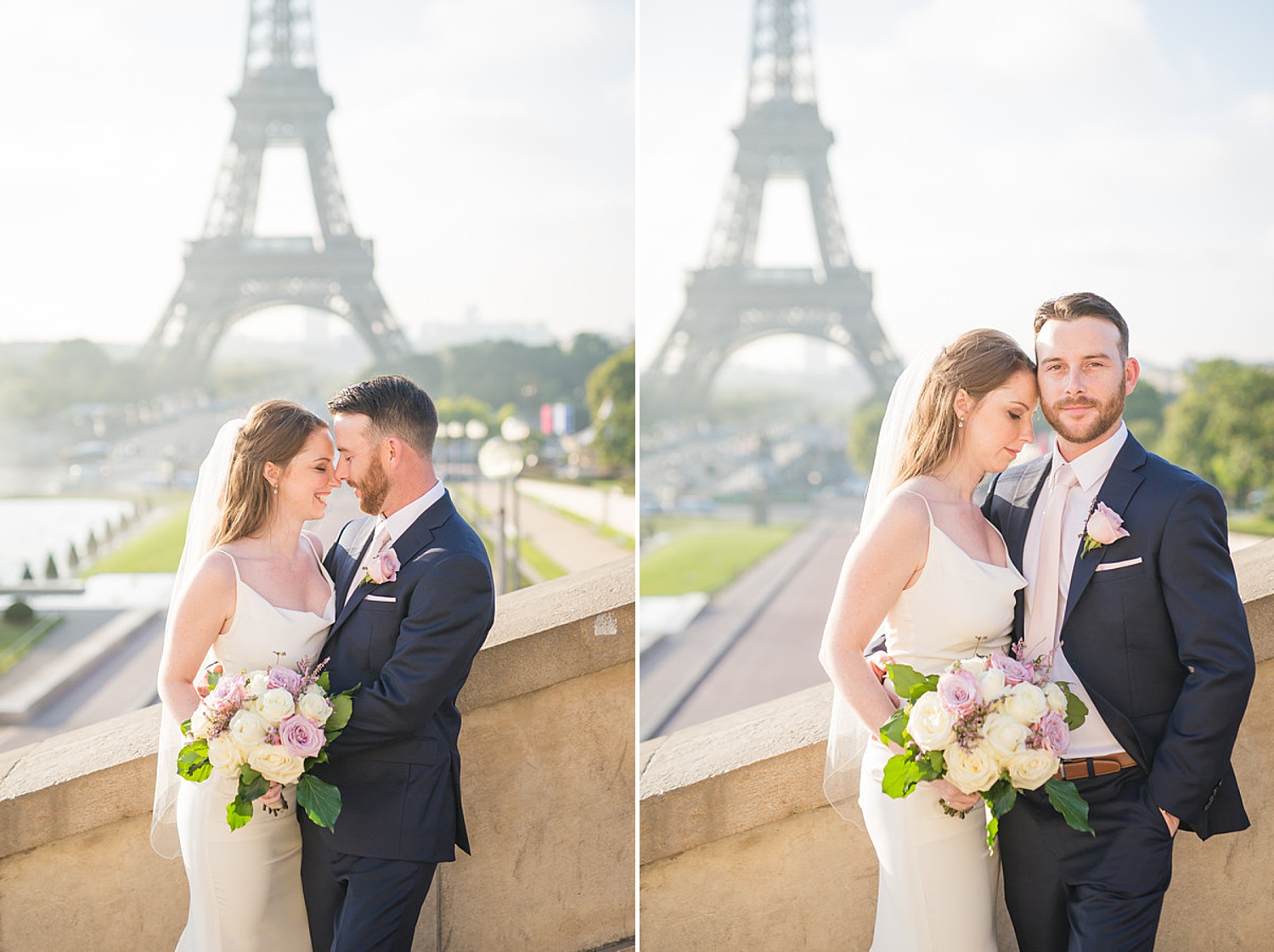 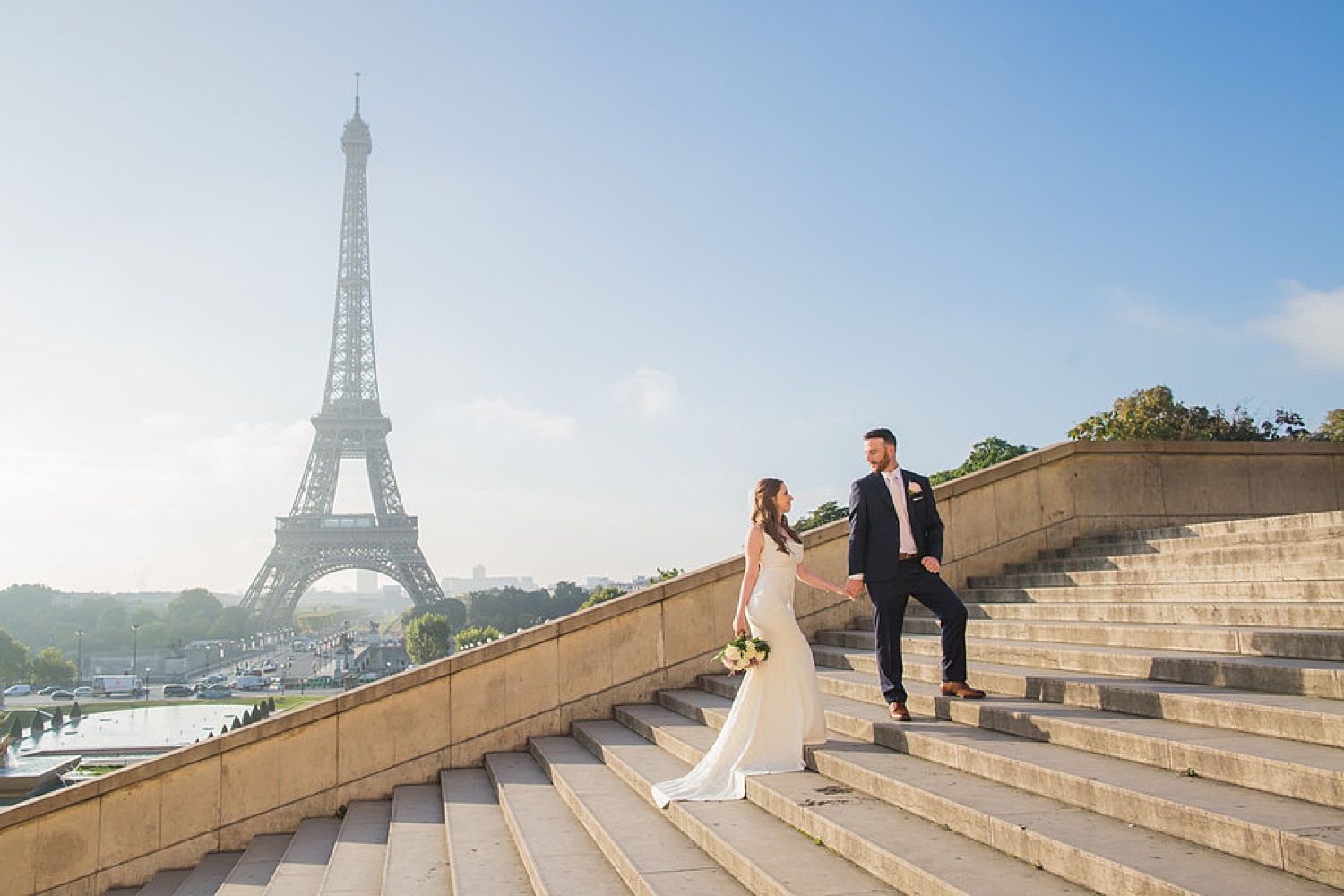 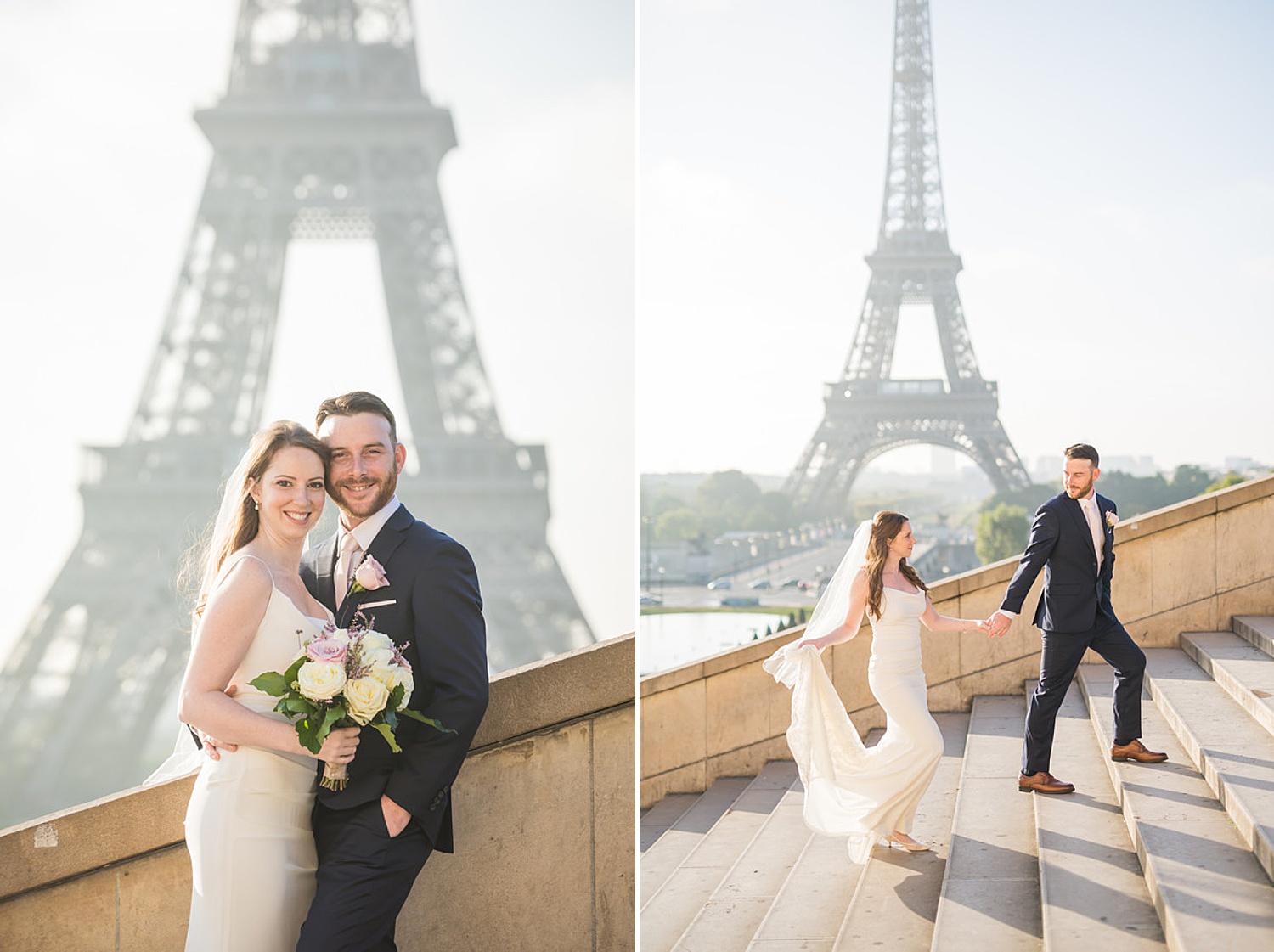 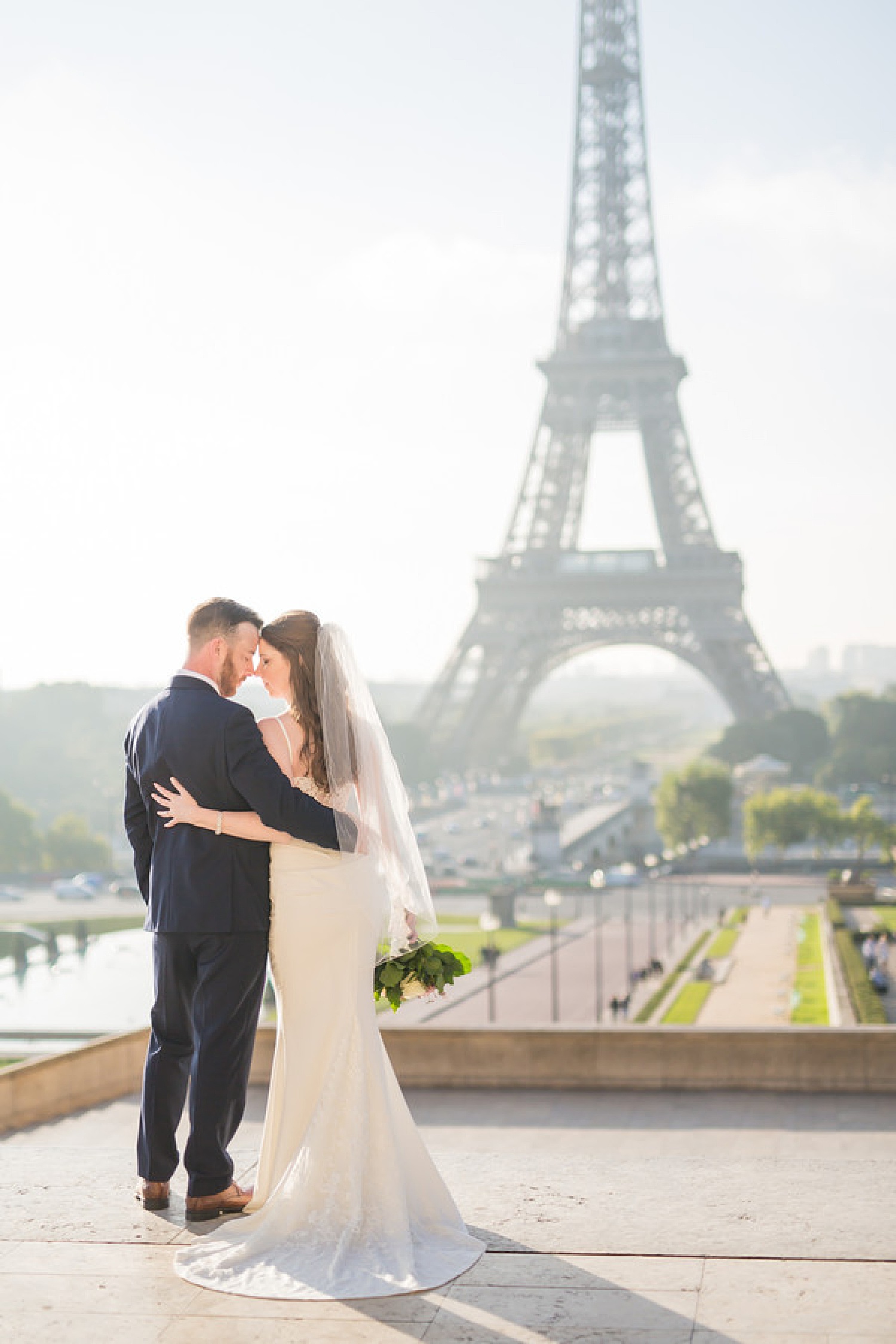 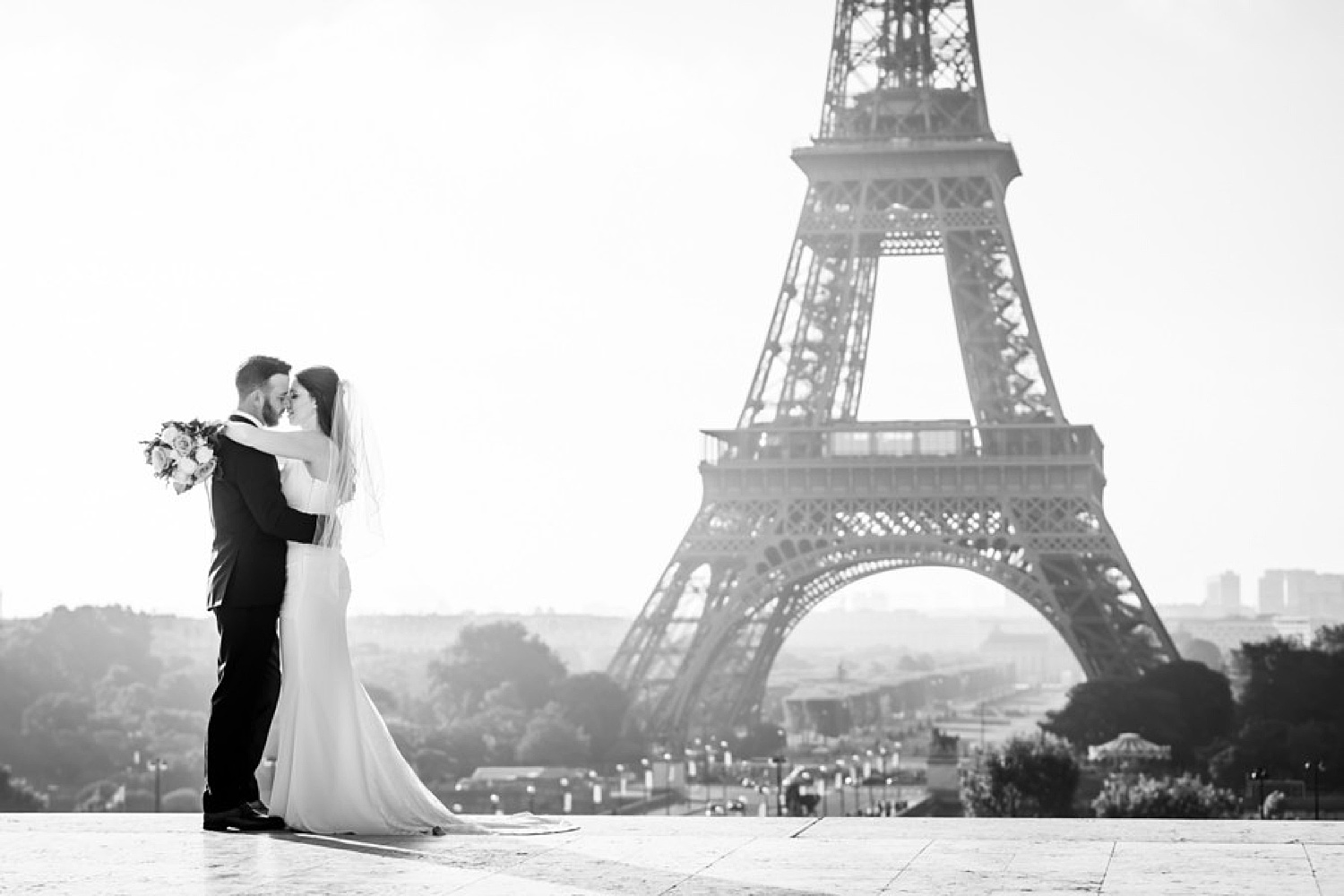 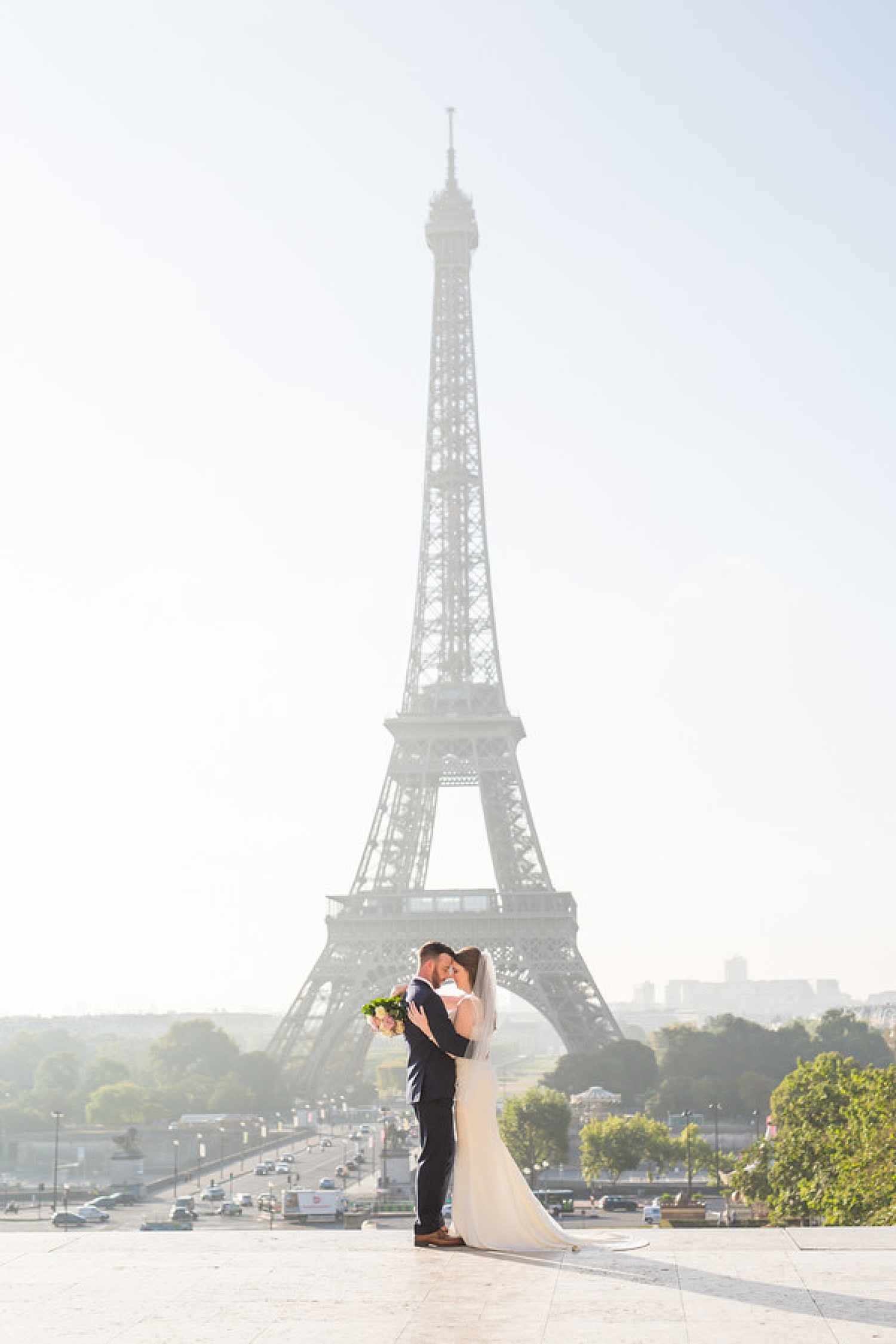 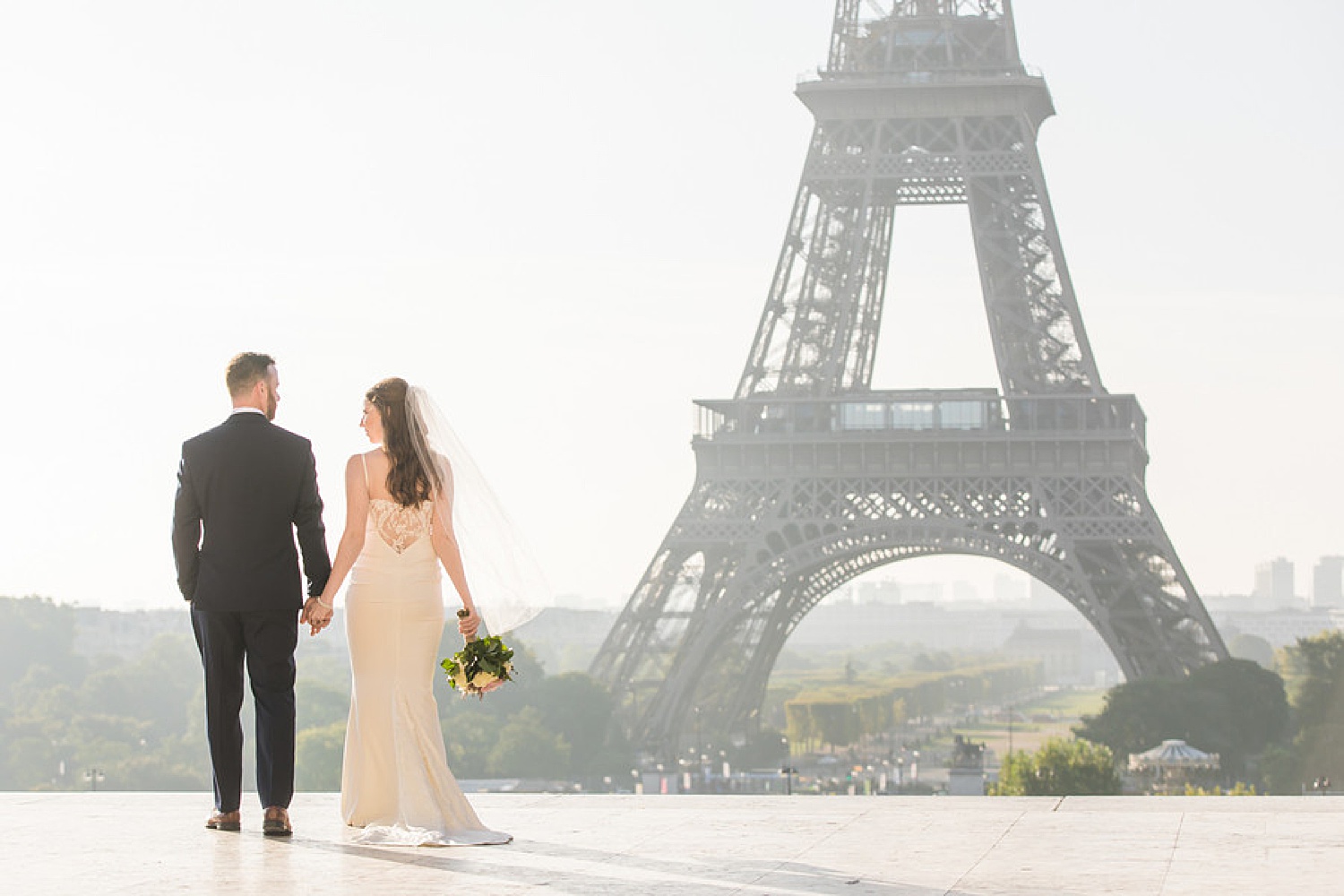 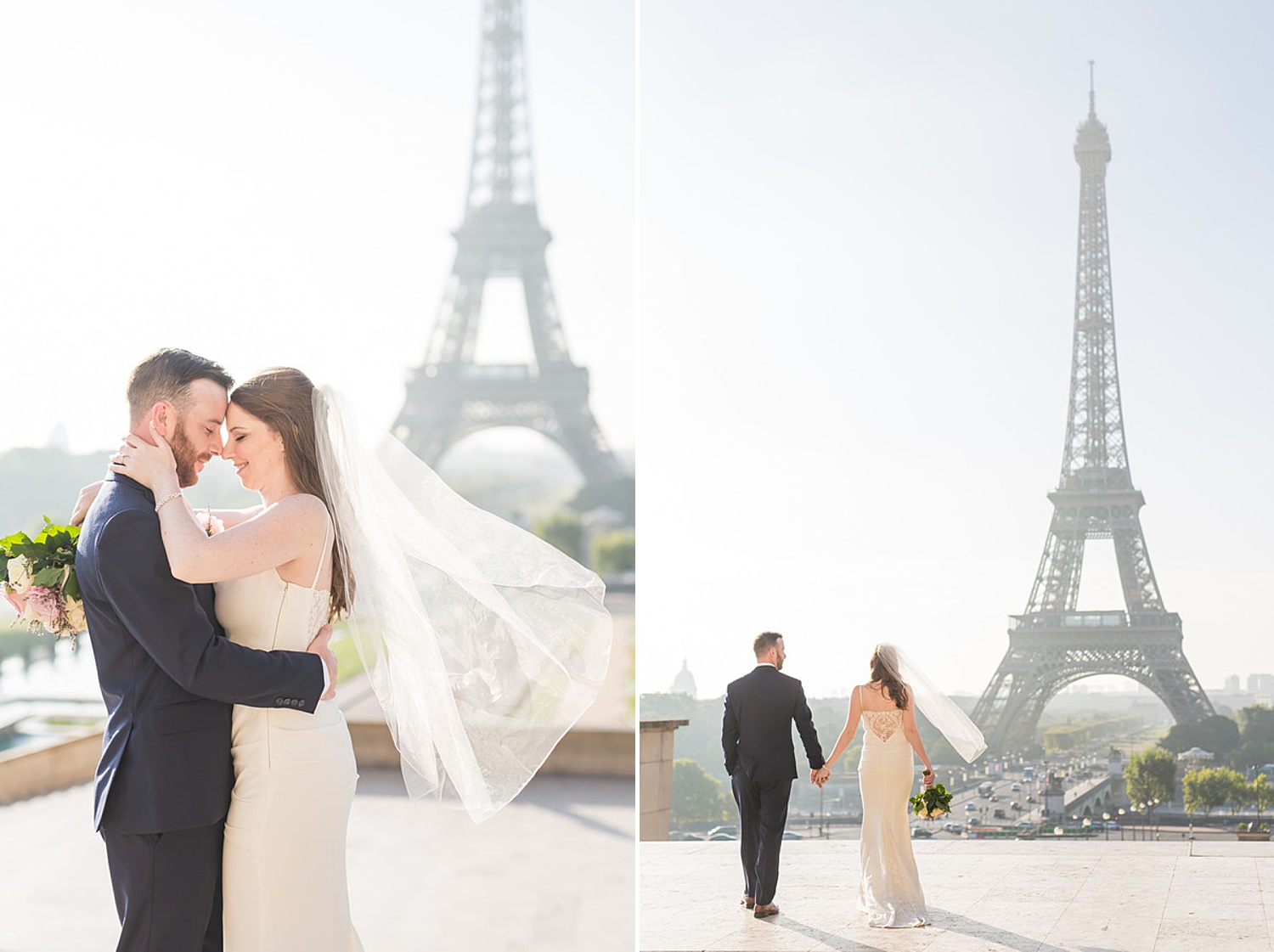 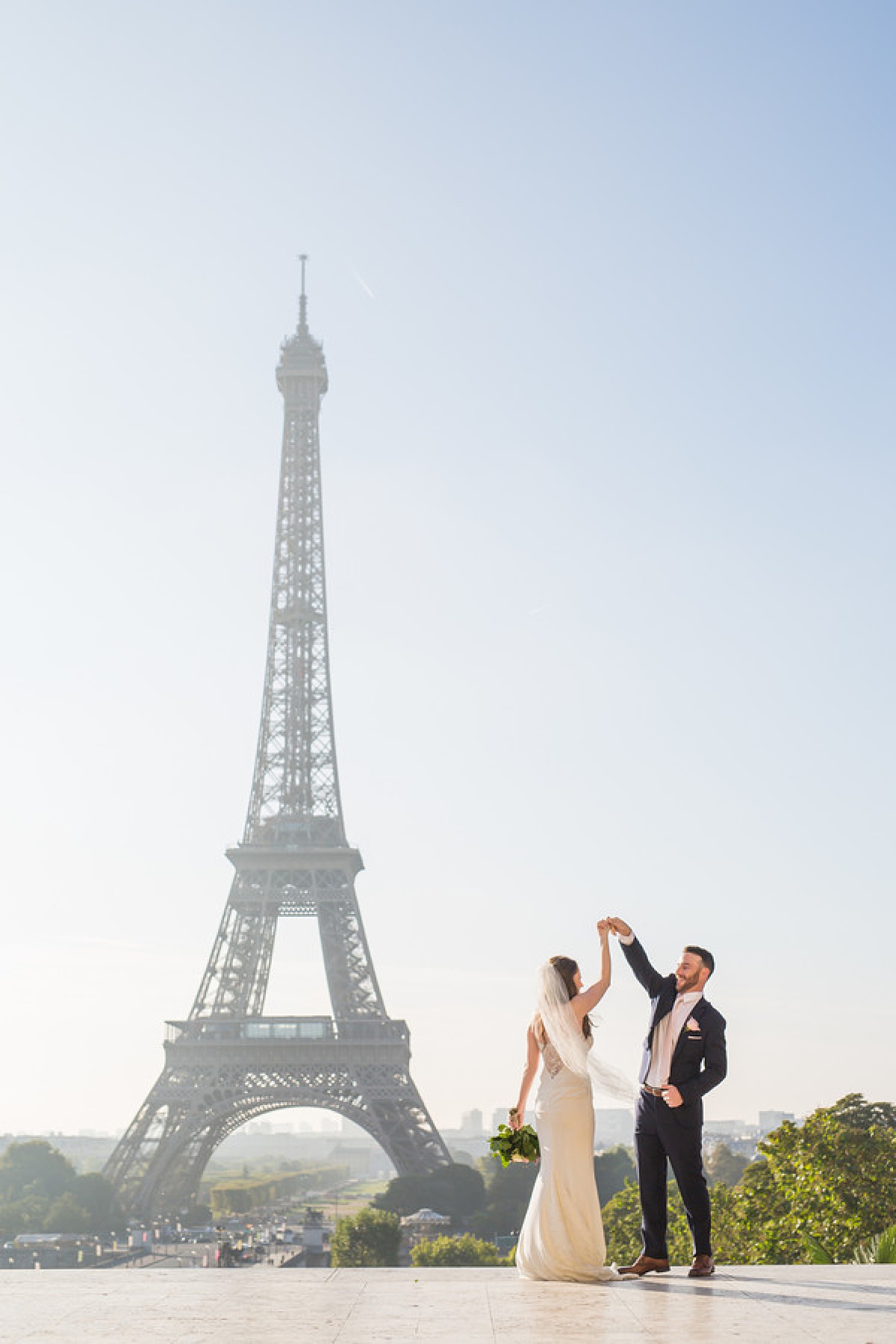 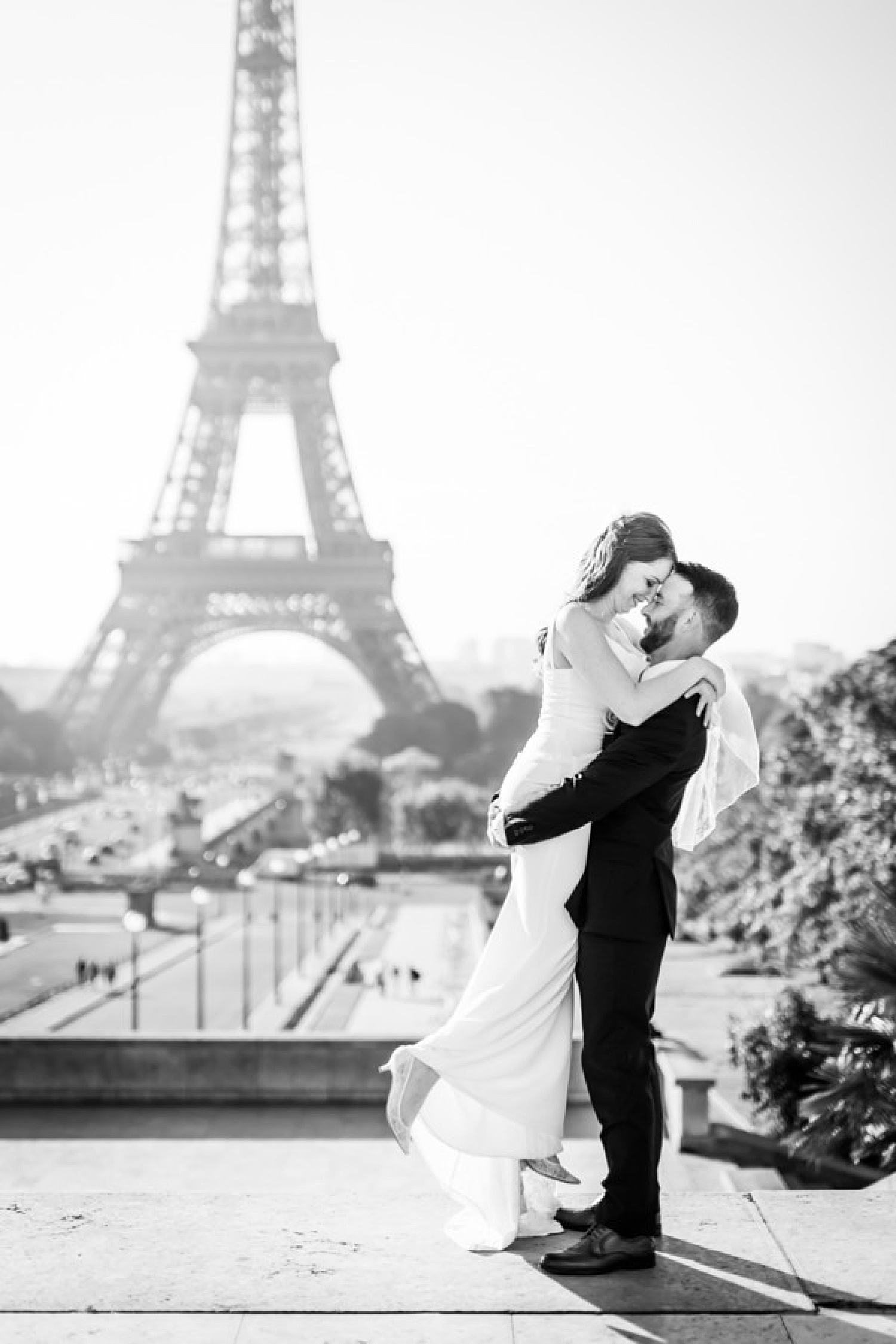 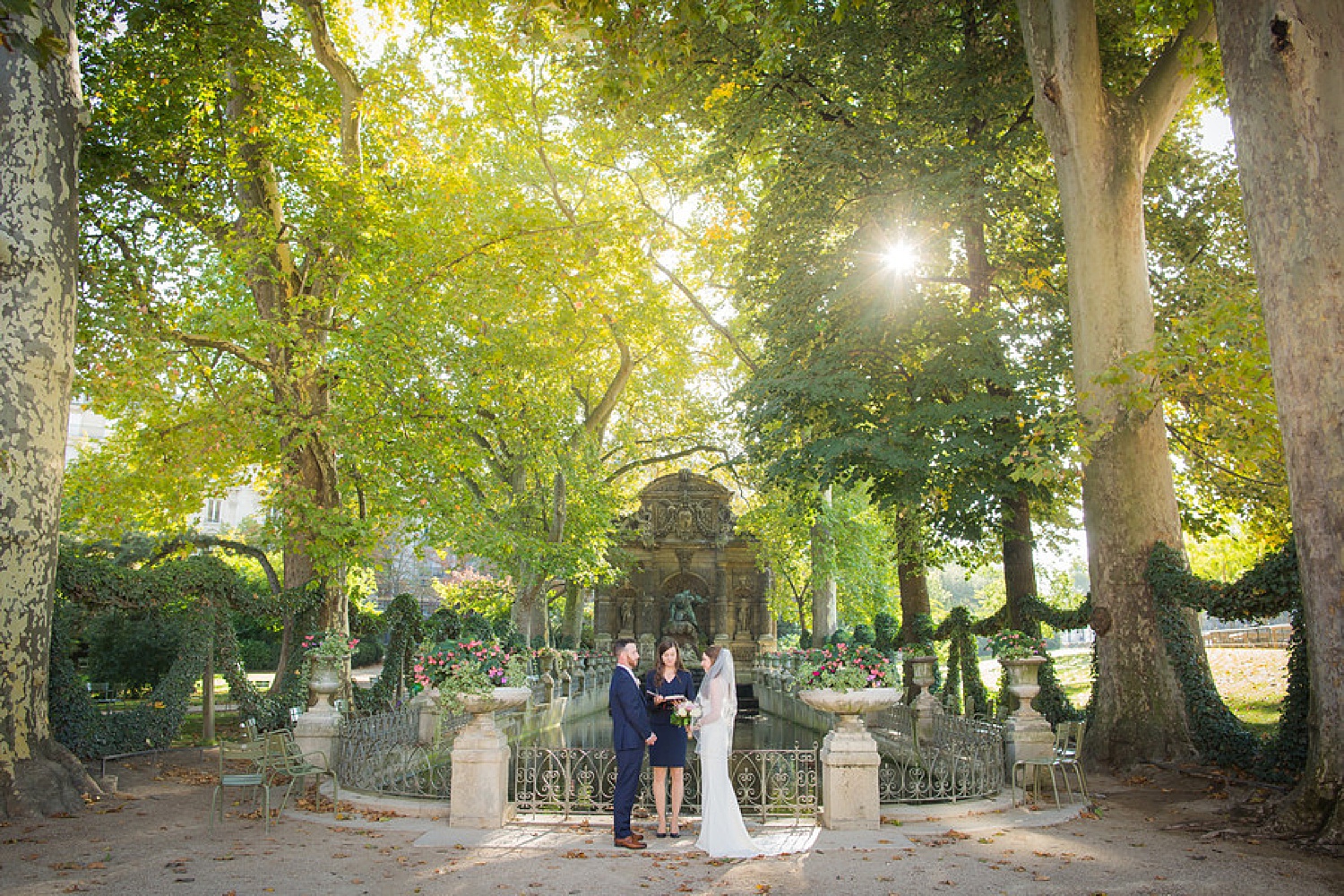 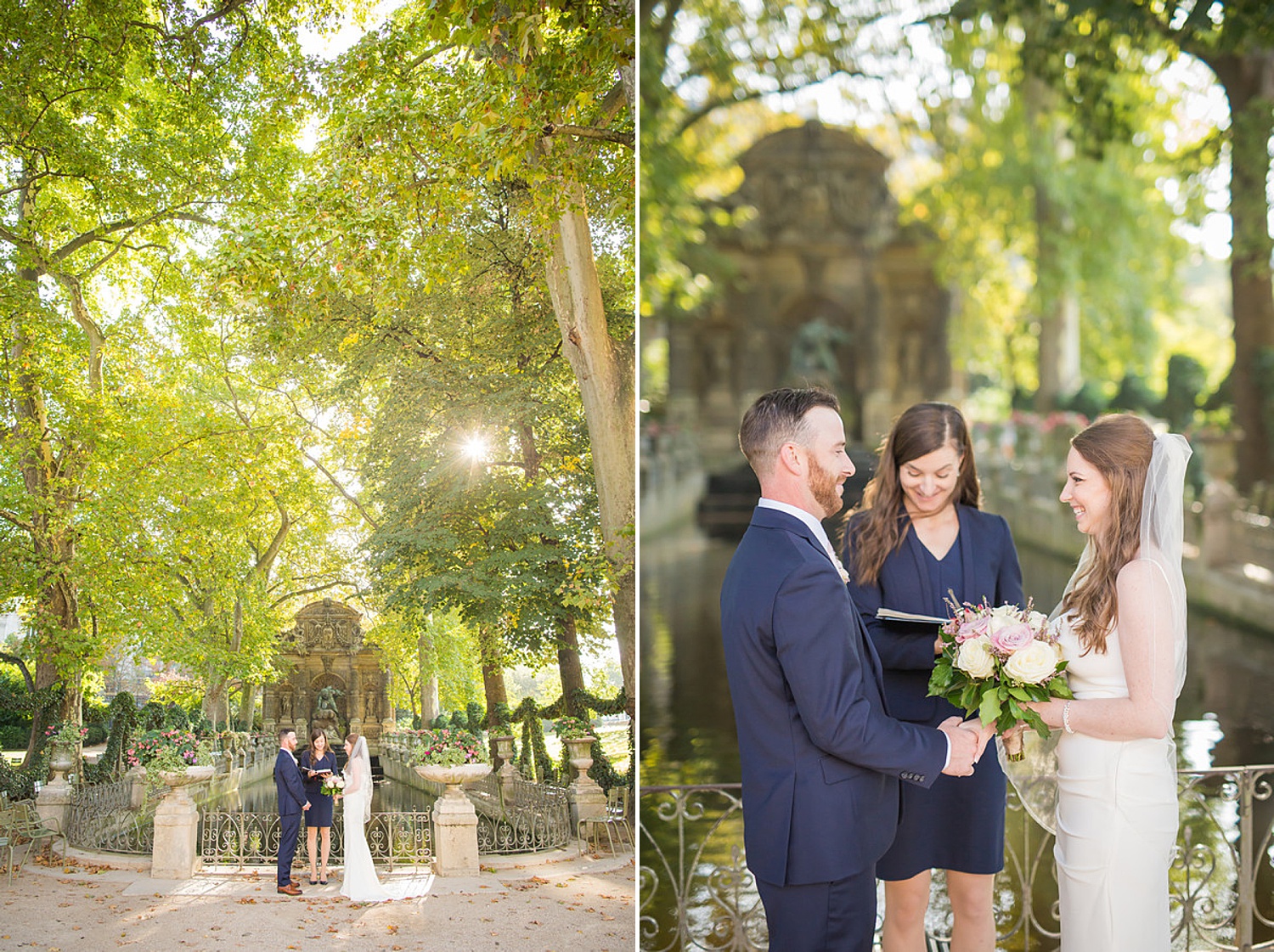 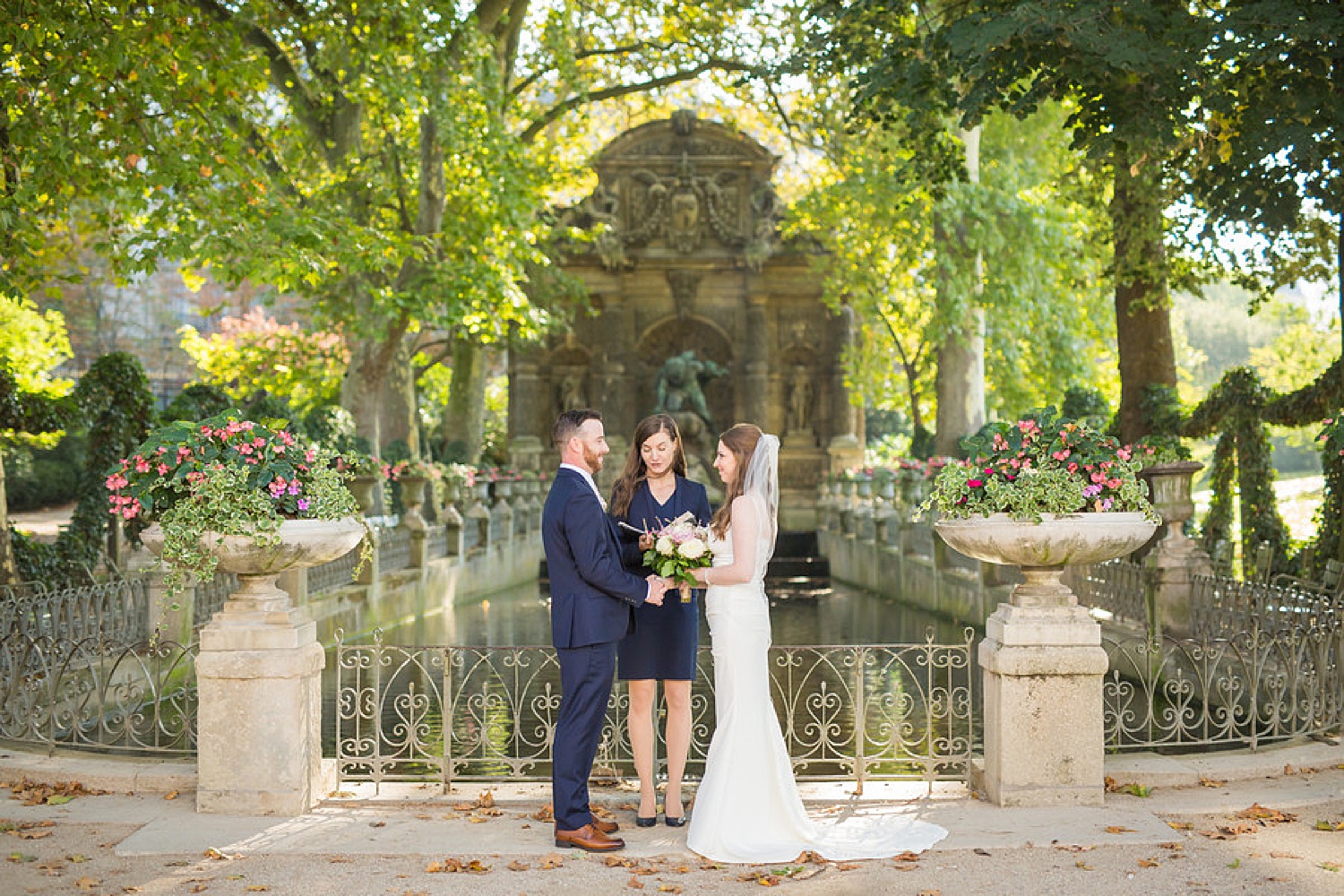 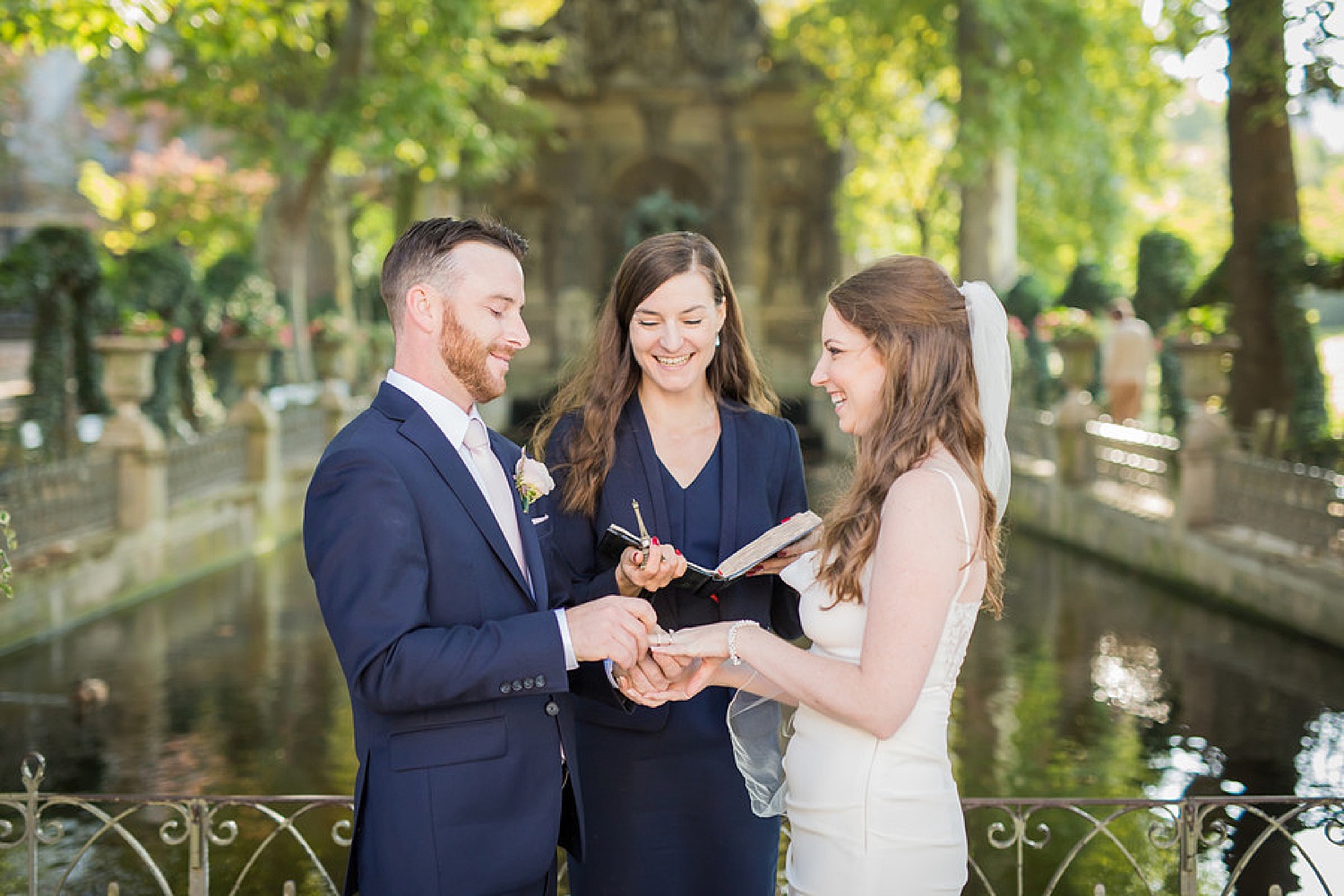 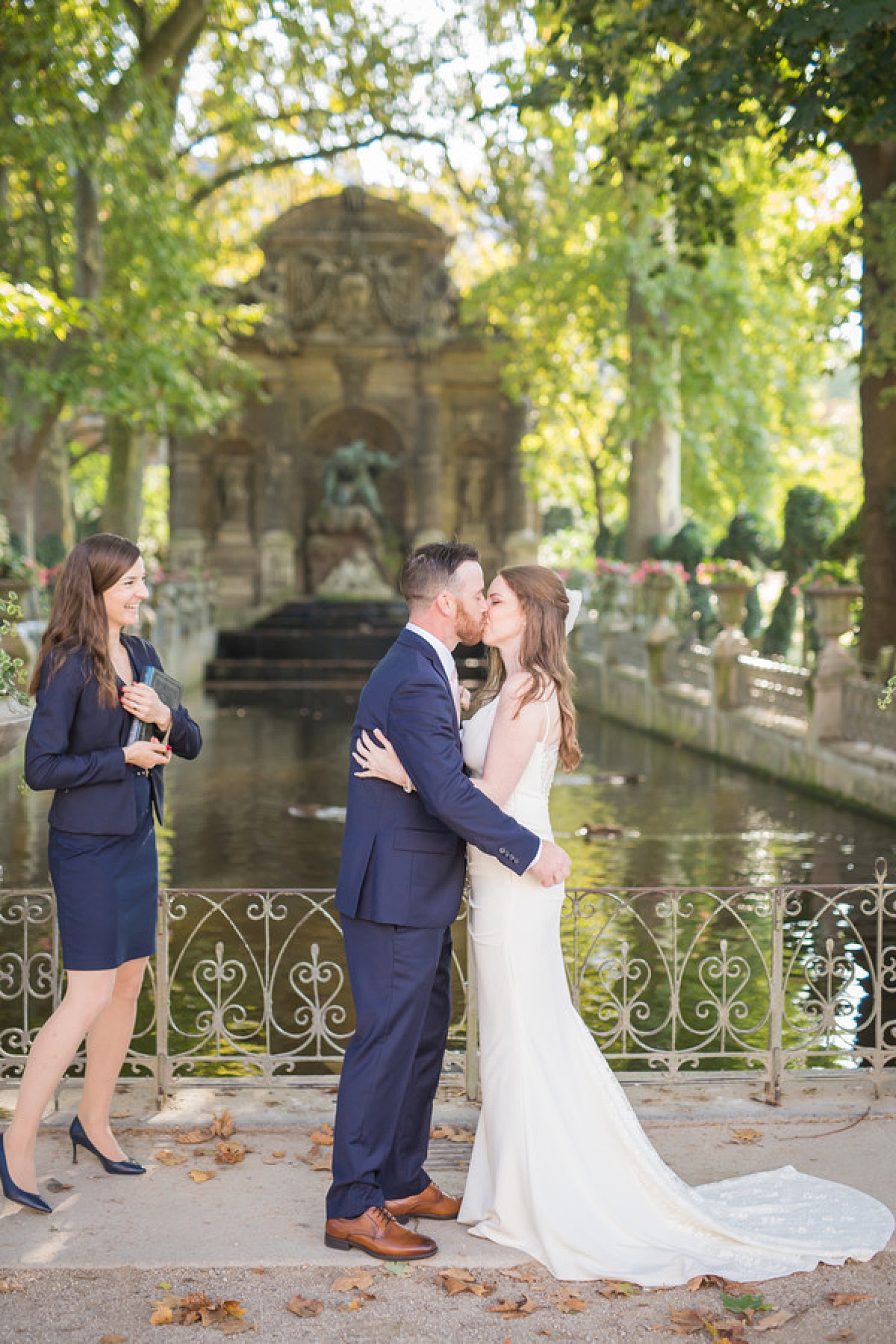 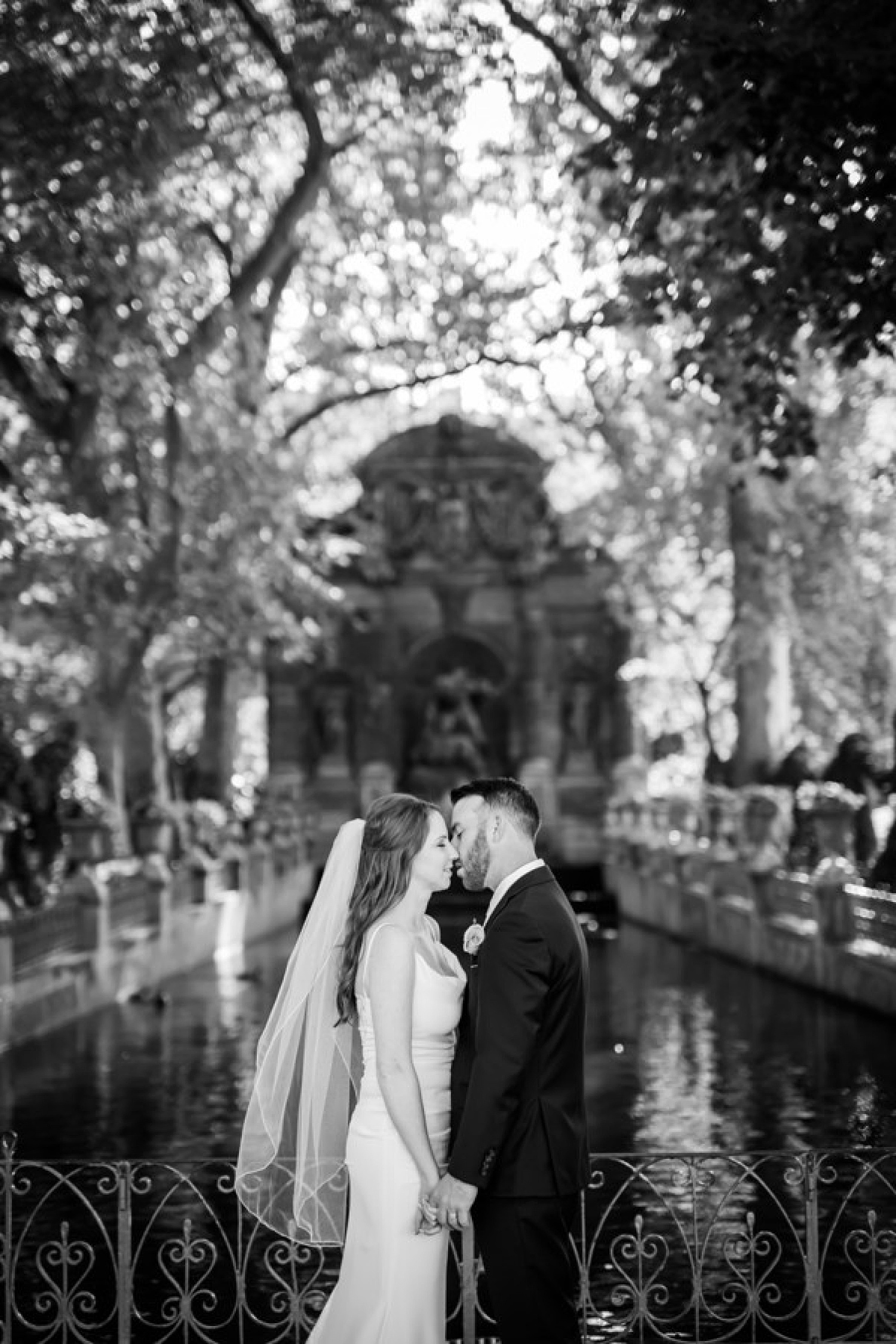 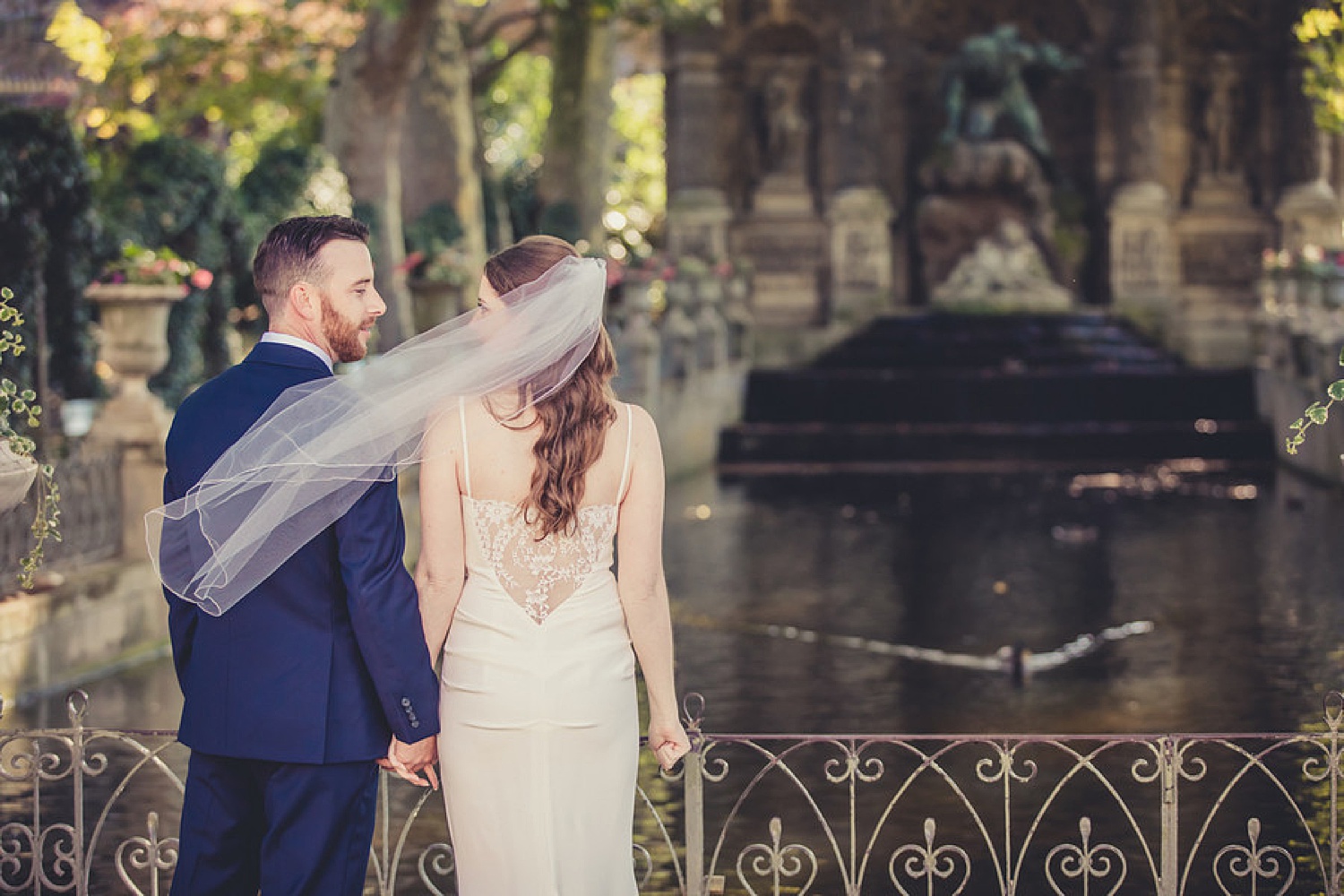 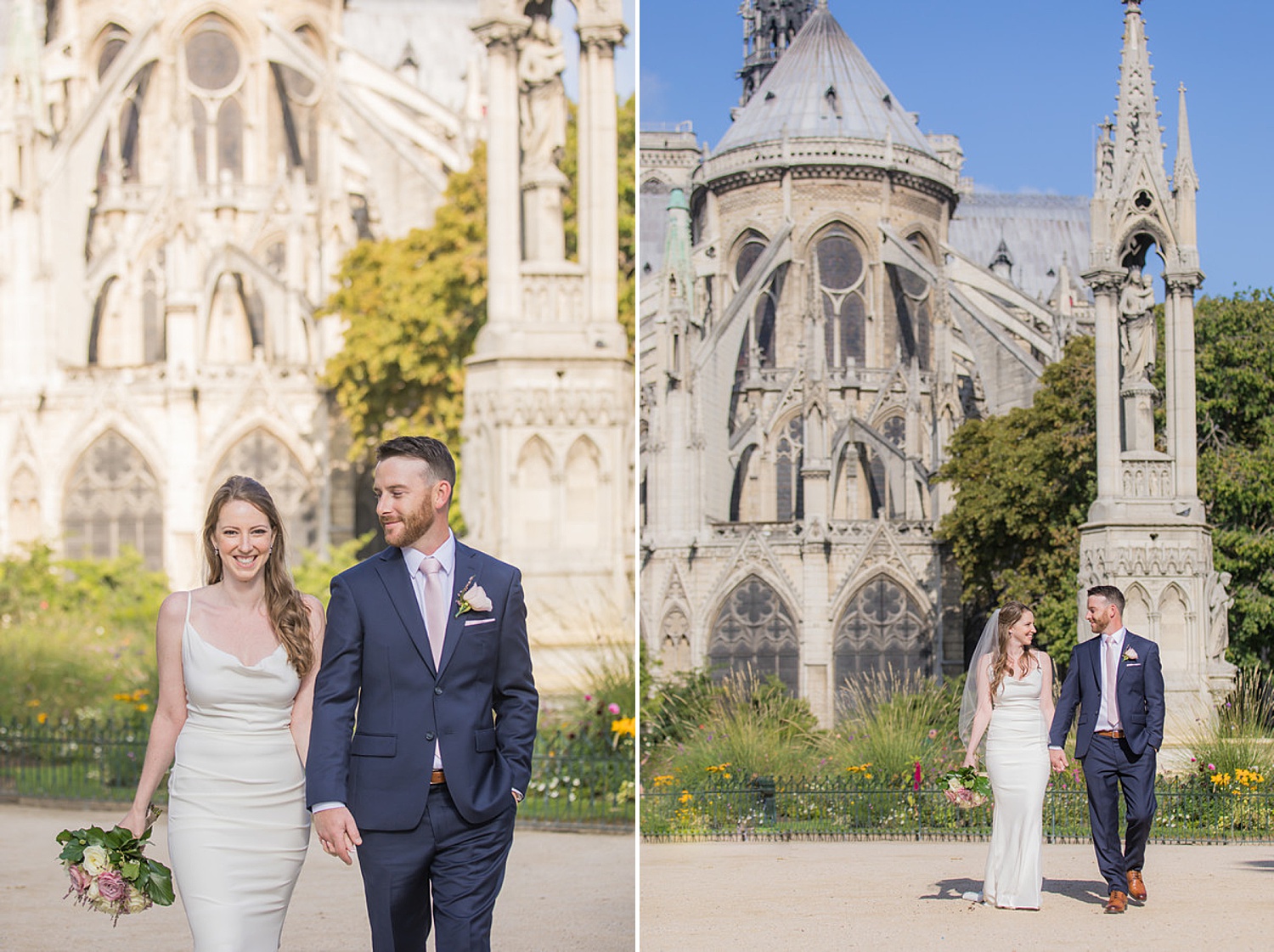 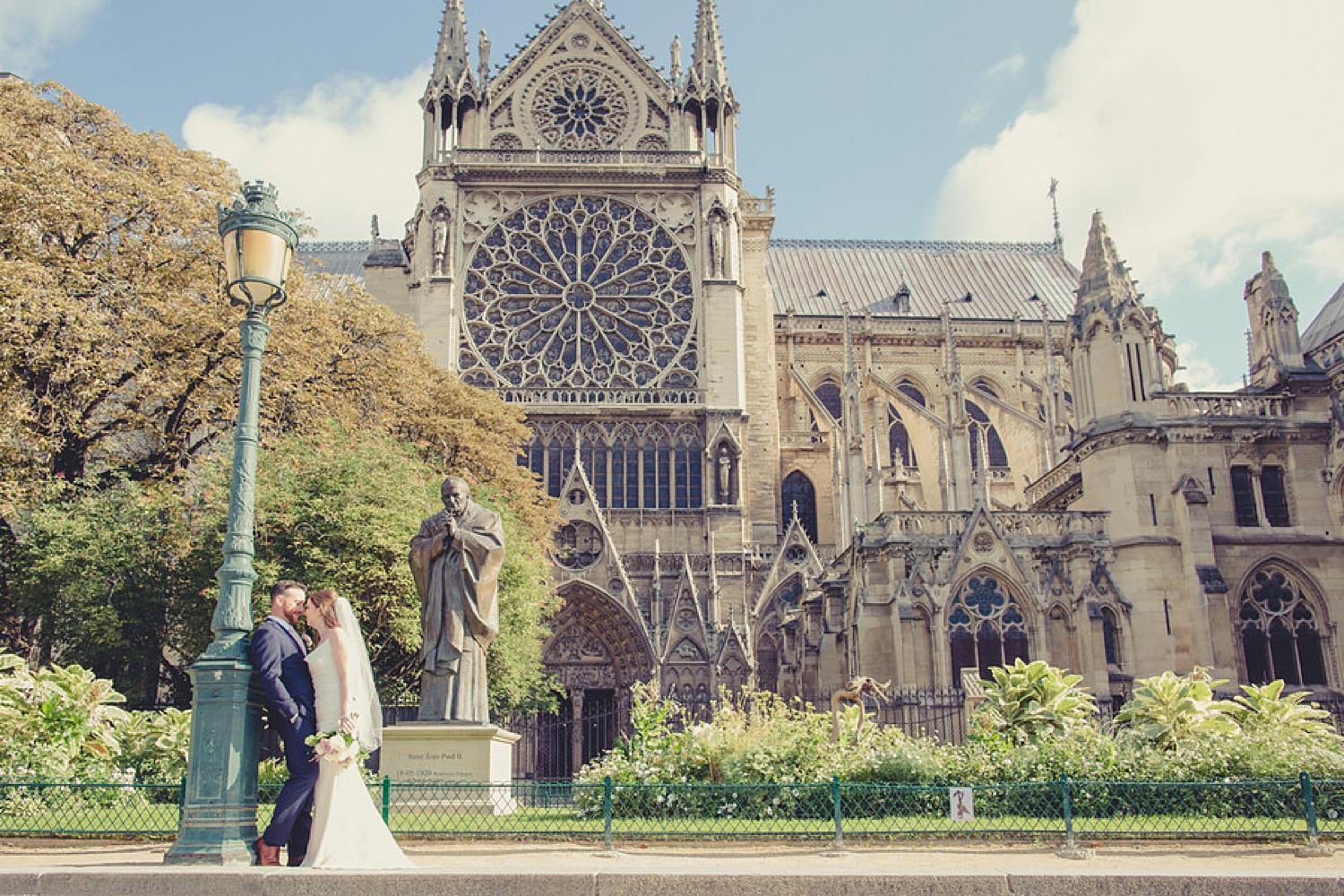 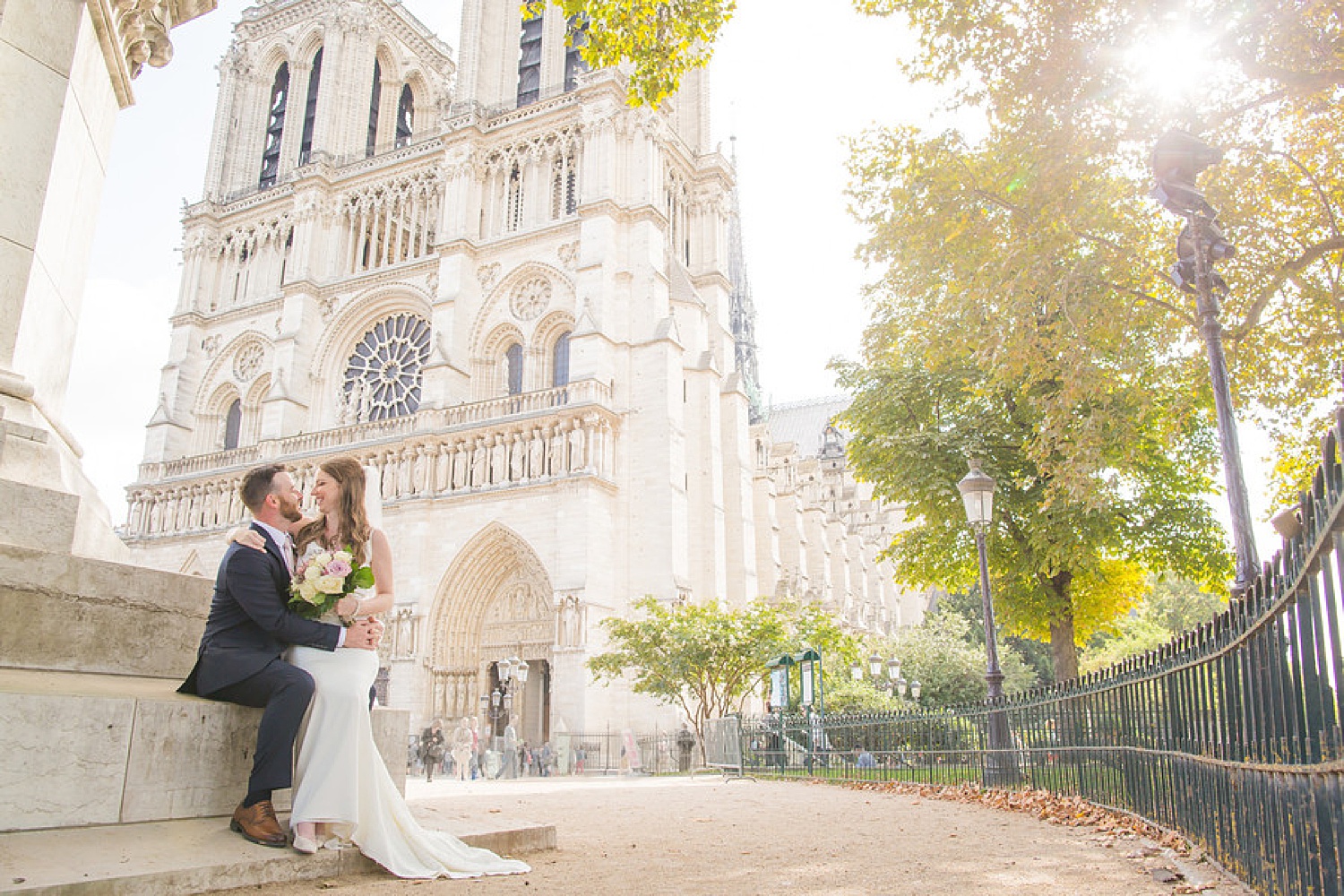 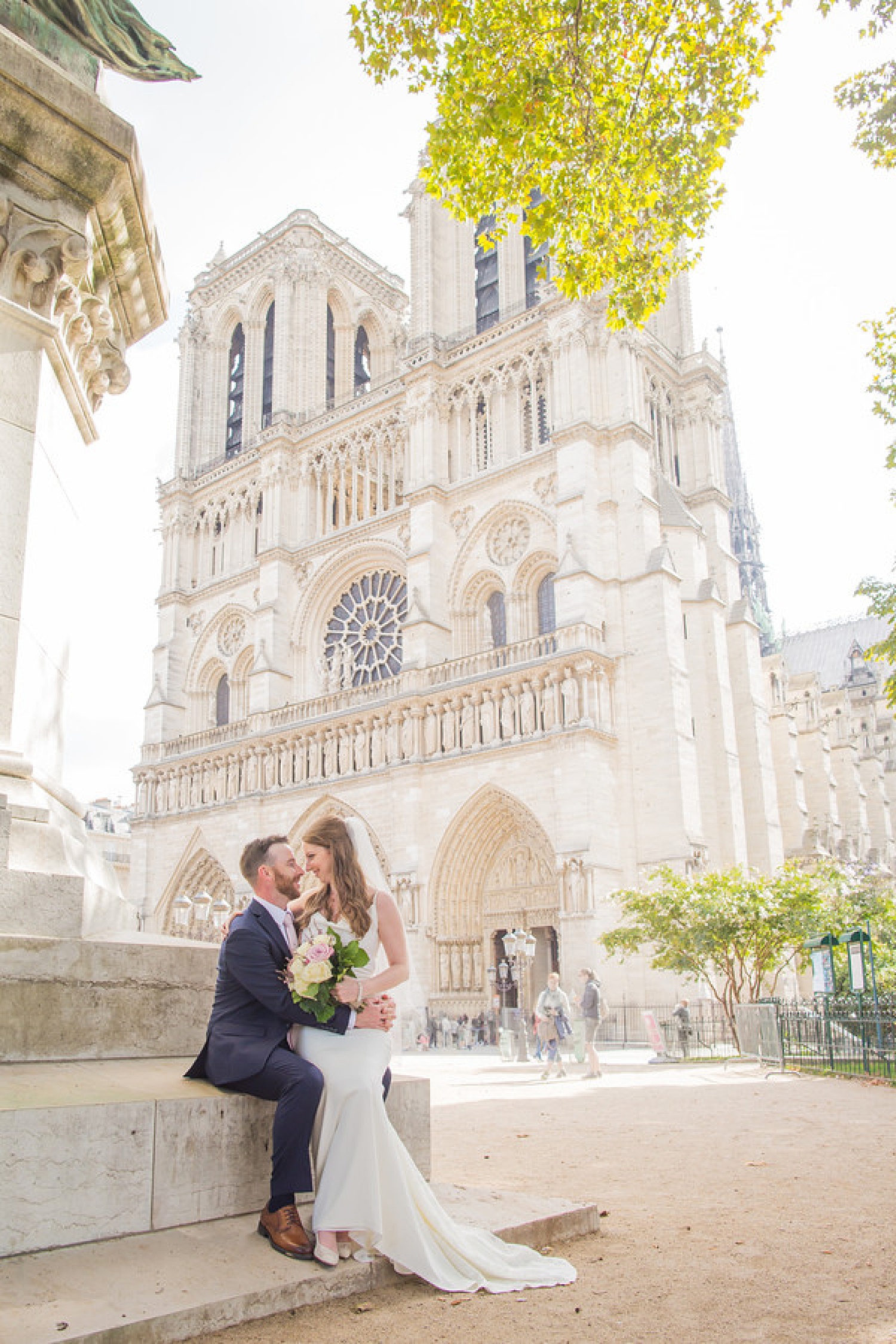